Majek: A rainmaker and his unique augury

Cassock is no ordinary apparel. Neither are handcuffs choice ornament. So, when by mid 80s a fresh-faced minstrel from a cultural cauldron like Benin City spotting this unlikely fashion combo burst onto the big stage presented by Lagos, the nation was bound to take notice.

Indeed, as the “rainmaker” and author of the distinctive “kpangolo” sound drew his last breath in faraway New York on June 1 in sordid circumstances at great odds with the colossal promise he had presented more than three decades ago, there can be no debate about the monumentality of his talent and the profundity of his messages.

Apart from Fela and King Sunny Ade (KSA), Majek was arguably the nation’s next biggest cultural export and superstar that commanded global audience in the 90s and early this millennium. He belonged to the exclusive caste invested with multiple talents. In addition to a formidable stage presence in his prime accentuated by charming looks and facility to compose stirring songs delivered in rhapsodic voice, he also had more than an average command of the guitar, keyboard and trumpet.

Of course, Majek’s inaugural cassock and handcuffs constituted a haunting oxymoron themselves. One would sketch the halo of a mystic, the spiritual. The other evoked the secular shadow of the underworld.

So, the image we began to see in the horizon was not just of a singer, but also a preacher with biblical zest, invoking strong Old-Testament idioms.

Not surprising, he declared himself “prisoner of conscience”, dramatized powerfully with permanent manacle on the wrists, and chose to call his debut album by that politically-charged phrase.

Bob Marley had popularized Reggae as a genre in protest music in the 60s/70s, adopting dreadlock as totem, glamorizing weeds (marijuana), and romanticizing “Zion” while demonizing “Babylon”.

But by the time “Send Down The Rain” drenched the nation in 1988, Majek Fashek had managed to add cassock and handcuffs to the costume of reggae music. In retrospect, what should be added is that that improvisation certainly carried some profound cultural undertones which however seemed lost to most chroniclers of that age.

The flowing cassock Majek wore and the bell he rang ceaselessly from the outset were quite emblematic of his Aladura (Cherubim and Seraphim) spirituality. His public appearance or performance was always preceded with the ringing of his trademark bell and ritual chant of “Repent! For the kingdom of God is at hand”.

This, of course, was a sharp departure from pre-existing reggae orthodoxy which expressly idolizes Rastafari embodied by Haile Selassie (King of Ethiopia). While not denying Rastafari as angel of Jah, Majek was never shy to proclaim C & S’s Holy Michael and Jesus Christ, later sensationally revealing that he had embarked on a marathon dry fast for inspiration to compose the monster hit, “Send Down the Rain”. 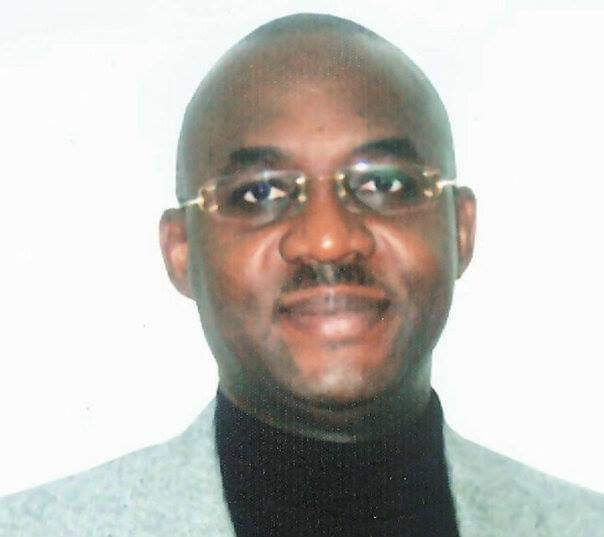 Indeed, whereas it could be said that reggae lent him sail originally, the sound Majek evolved a decade later was a testament to artistic alchemy. Unlike the tension and melancholy of the traditional reggae, Majek’s “kpanlogo” imposes dance with the infusion Africa’s talking drum, “shekere”, highlife and rock.

According to him, the credit for the first major surgery to his sound in 1992 belonged to KSA. Fate had brought him to KSA’s concert in London in the very week “Spirit of Love” was to be recorded, following a career-defining deal with the world-renowned Interscope Records. After watching the Juju maestro mesmerize the London crowd, Majek consulted the master back stage for a few secrets.

The juju king told him he would be lost in Marley’s shadow on the global stage unless he injected African flavor into his beat. Returning to his hotel suite that night, Majek recalled, “I couldn’t sleep all night as I thought of how I could immediately act on his advice” with the recording of “Spirit of Love” targeted at the international audience just few days away.

By the time he implemented KSA’s prescription, other artistes around the building on the D-day while the tracks (particularly “So Long, Too Long”) were being recorded were left awe-struck. So, Majek had finally secured a toe-hold in America’s community of musical celebrities. Such that he was now found worthy to join the tour of established mega-stars like Michael Jackson and Tracy Chapman.

By first mustering the artistic courage to proclaim his own faith from the outset back home in the 80s, Majek was no doubt able to speak with a political confidence that dwarfed any other artiste of his generation in a momentous decade that Nigeria was seen as not only championing pan-Africanist movement against apartheid in South Africa, but also embodying the hope of all black folks seeking healing against racism across the universe, as well as closure to the hurt of four-centuries-long slave trade.

Through Majek, music met a national moment in the 80s. The rising of his star met a nation in ferment. After years of military dictatorship, Nigeria was a country literally on the edge politically, socially and economically. If there was some prophetic air around Majek at the beginning, it was because “Send Down The Rain” often conjured rainfall wherever Majek rendered it. One account claimed that the heavens literally opened in heavy downpour somewhere in the United States even in summer after the visiting Nigerian artiste played the magic number.

Naturally, the concatenation of rainmaking feats and political prophecy coming to pass sired its own mythology. There were assorted stories that Majek had dabbled in the occult. The most apocryphal perhaps was the account that he slept in the cemetery for days on end to acquire dark, prophetic powers.

Of course, given the weight of such charges, it is difficult – if not impossible – to establish their veracity, especially now that the main actor is no longer in a place to give his own account.

Another dimension of the Majek mystique less explored was the heavy Edo influence. But those attentive enough all along could not have missed frequent invocations of very emotive Bini phrases like “Iye, vahi hu ena? (Mama, what are we doing here?)” in his remake of Bob Marley’s “Redemption Song”. Or “Iye dede” in “Mother” (I & I Experience).

It was only in the twilight of his career that he sang a track fully in his native Bini, “Emeni Wagho Ye o” (Gangstar Rasta). Tellingly, it was a song of lamentation bemoaning hate, treachery and jealousy:
“Neither riches do I’ve, nor excess garments do I possess
“So, I don’t know why they persecute me so much…
“The enemy at home is to be feared more than the foe outside”.

But it would be unfair to say his kinsmen forsook Majek in his hour of need. As Edo Information Commissioner between 2011 and 2015, I attest that Comrade Adams Oshiomhole made a generous sum available to enroll him in a rehab centre after he fell on hard times.

By then, the now troubled star only admitted alcoholism for his steep physical decline as against widespread suspicion of substance abuse. Regardless, by then, the omens had begun to look grave indeed.

Again, there are two conflicting accounts of where the rain began to beat the famed rainmaker. One claims that Majek first succumbed to temptation in a very dire circumstance shortly after he relocated to the US. That fateful night, he was billed to herald a bigger act, Tracy Chapman, at a concert before a mammoth crowd.
But a melodrama ensued as Majek attempted to mount the big stage in his trademark cassock and handcuffs. Chapman, a more visible black activist who had achieved global fame with her revolutionary “Talking About Revolution” and “Fast Cars” (Crossroads), considered the sight of a fellow black in “handcuffs” rather offensive, on a much more philosophical optimism that “black man is no longer in bondage after the abolition of slavery”.

She was sufficiently provoked that moment to order her bodyguards to force Majek to shed his handcuffs before the show started. That encounter was said have inflicted incalculable damage to Majek’s self-esteem. So much that later that night, he reportedly “overdosed” to anesthetize his emotional injury.

But what appeared a better aperture to the psychological turmoil that defined his latter years was opened by Majek himself. He would frame his condition as clinical depression arising from heartbreak from a failed marriage. As his career began to flounder in the US, he claimed to have become estranged from his childhood sweetheart, Rita. So, increasingly, he found solace in alcoholism.

Majek’s pains at that point appeared to be cryptically expressed in “Love and Affection”:
“Material things, I’ve not to give to you baby
“All I have for you, all I gat for you, baby, is love and affection
“It’s been long time we’ve been together, baby, cherish every moment together
“I can move your mountain, you can move my mountain
“Love can break your heart, love can mend your life…”

Those intense words were rendered amid plaintive percussion and stirring rock guitar.

With these clues, it was quite easy to measure the depth of Majek’s anguish. For a man whose songs preach love, it must be personally devastating watching his own marriage fall apart. As Russian literary immortal, Alexander Solzhenitsyn, reminds us, nothing is ever more hurtful, more mocking than for a physician to suffer affliction in very branch of medicine where they are thought to be expert.

Further down the rehab lounge reserved for the irreparably broken hearts, Majek would seem to have a company in fellow Arian and rock music colossus, Phil Collins, who once famously confessed to drawing inspiration to write great songs from his own string of failed marriages.

In the final analysis, the consolation is that the troubled Kpangolo singer reportedly achieved reconciliation with the family from whom he was estranged for a whopping decade.

As mystically potent as it was in the beginning so it would seem at the very end for the musical legend from Nigeria. Exiting at a time the whole of America is convulsing under the eruption of anti-racial violence following the killing of George Floyd, there couldn’t have been a better amplification of Majek’s exhortation, “Arise from your sleep America…. there’s work to be done, America, If we unite, we’ll be free” in the transcendental “So Long, Too Long”.

And coming on June 1 when the raining season peaks in his native sub-Saharan Africa, the passing of the fabled rainmaker couldn’t be more symbolic.

FNGE, is Senior Technical Assistant on Media to President Buhari.