Epe Waterside, a coastal town in Lagos State, Southwestern Nigeria, is set to gain wildlife destination status if the excitement that followed a viral video of a herd of Elephants reportedly sighted around the area last week is anything to go by.

The video and photographs posted on the microblogging site, Twitter, and other social media platforms have been viewed thousands of times and have elicited excitement from many who see the huge tourism potential in the development.

In the video, one of the elephants with one of her tusks missing was clearly seen foraging on a large expanse of farmland.

The excitement that trailed the sighting was not unconnected with the endangered nature of the animal as there are about only 200 of them left in the country, according to reports. 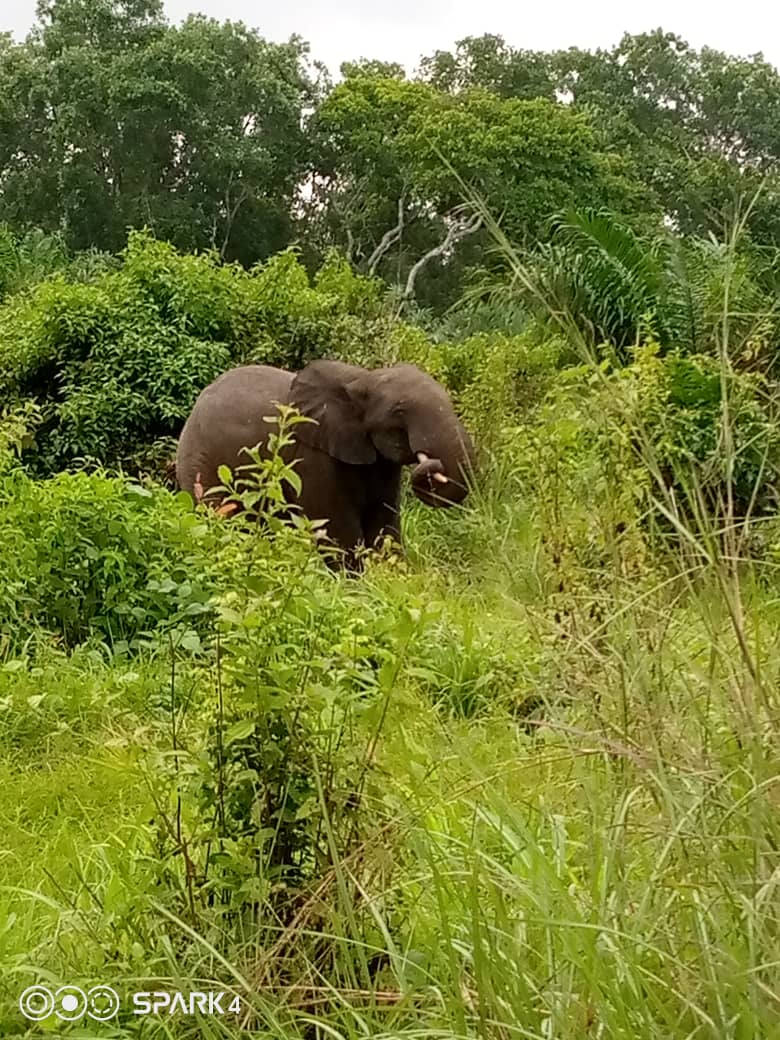 According to the Nigerian Conservation Foundation (NCF), a civil society organisation with a fund fund trying to save elephants and other endangered animal from extinction, the populations of forest elephants are in dire need of protection in the country, with only about 200 of them remaining in the wild in five sites in southern Nigeria.

The NCF listed Omo Reserve in Ogun State among the five sites where forest elephants are found in southern Nigeria thereby corroborating the reports of the sighting. The other places are said to be Okomu National Park in Edo State, the Cross River National Park in Cross River State, the Idanre Forests and Osse River Park in Ondo State and the Andoni Island in Rivers State.

According to NCF, some of the problems facing the Nigerian Forest Elephants include conversion of forest for other uses, loss of habitat and fragmentation, and poaching for their ivory, among others. To save the elephants from dwindling or going extinct in the country, in the medium term (10‐20 years), the NCF says it is calling for organized conservation work, public support and enlightenment, and good habitat management.

Meanwhile, Niyi Karunwi, a Nature Activist has made clarifications on the report of the sighting in Epe while stating that the elephants were actually sighted in Itasin in Ogun State

“I just got a briefing that the elephants were not sighted in Epe Waterside but in Itasin in Ogun State. And that the West Africa Biodiversity Conservation Trust is going to manage the Itasin Elephant Forest,” he wrote on Twitter.
However, other commentators said it was not unusual for some of the elephants to criss-cross between Ogun and Lagos states given their proximity. And that it’s left for both states to seize tbe occasion and work with relevant Federal Government agencies to take advantage of the presence of the elephants and create an enabling environment for them to boost wildlife tourism potential.

‘Our Duke Has Gone Mad Again’ gets December date

UNWTO Reiterates Case For The Full Return Of...