Last week, I exited Facebook in search of sanity, but instead, slipped into the unpleasant embrace of Malaria. I was about discharging myself from the sick bed yesterday when I was struck with a deadly piece of news: my Art Mentor and father, Artist Lemma Guya, has passed on!

The legendary Lemma Guya of Ethiopia taught me Painting on Animal Skin at the African Art Museum and Training Institute, Debre-Zeit, Ethiopian in 1992. This was made possible by the late Ambassador Segun Olusola. Guya was a master like no other. In the course of my training, he took me into the warmth of his family. His wife (our Mummy) regularly treated me to special meals throughout my stay in Ethiopia. At the end of my training, Guya ensured that the mini exhibition he organized for me was witnessed by, among a mammoth crowd, five Ambassadors of African descent.

As I progressed in the art profession, I became so engrossed in Lemma Guya’s art and professionalism that I had to dedicate my Master of Art thesis to his art. It is titled ‘Aesthetic Imperatives of Lemma Guya’s Painting on Animal Skin.’ 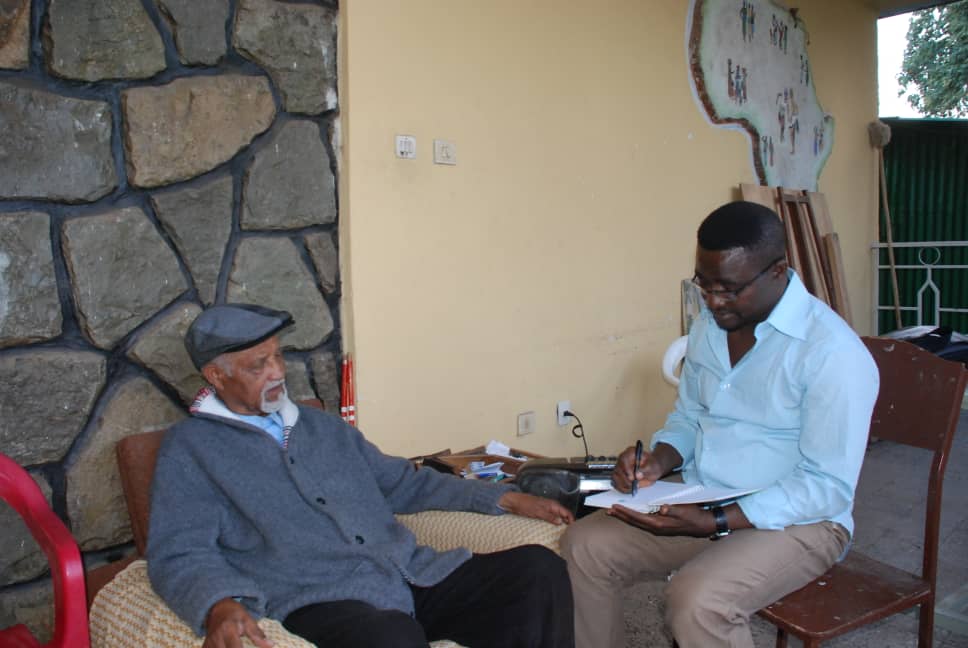 The last time I saw my Master was sometime in 2014. I was on a research trip Ethiopia. I spent seven days with him and his wonderful family. He insisted we both visit the President of Ethiopia in his palatial office. We were warmly received and accorded VIP treatment. Despite his busy schedule, the President was delighted to take me round his office. Offered me original Ethiopian Coffee (the best by all standards). He shared with me his dreams for Ethiopia and Africa as a whole. He was passionate about African development and unity – the same passion Lemma Guya had always shared.

As would be revealed to me later, the President and Lemma Guya were both friends and fellow military officers in the Ethiopian Air Force. They were war veterans and highly respected in Ethiopia.

Lemma Guya was a self-taught artist who practised art whilst serving in the Force. After his retirement as a Captain, he dedicated his whole life to art. He intensified his practice and researched deeper into art until he invented Painting of Animal Skin, which he practised extensively and taught regularly. Apart from teaching many students across the world at the Institute, he also ceremoniously exhibited his masterpieces across Africa, Europe and the USA.

As my teacher and Art Mentor has now metamophorsed into an ancestor, the world will miss a great artist whose invention, art and mentoring have changed the narrative of art in Africa in particular and the world in general.

From Beyoncé to the Oscars: Mary Twala, Africa’s...

My Name Was On Interpol’s Red Alert Notice...

Akiolu@77: Salute to a philanthropic and tireless monarch

An online portrait of Deji Toye , the...