A veteran filmmaker and Head of Ben Auto Entertainment, Matthew Simpa, has provided an insight into the early days of the new Nigerian movie industry known as Nollywood.

In his book published late last year and titled ‘From Reversal Film Making to God’s Bedroom and Back: Untold Story of the Nollywood Revolution’, Simpa told the story of the evolution of the home-video component of the Nigerian movie industry highlighting the challenges, struggles, and triumph therein from the perspective of an insider who has been there from the mid-1980s turning point era.

The book which is Matthew’s memoir can easily pass for a blockbuster novel and “contains enough drama to do a television miniseries and is told in a riveting, engaging way that makes the reader not want to drop it”, a statement from the author stated.

As an avid reader himself, Simpa, in the book which was written in a language the layman can understand, gave an account of the struggles, the challenges, and the triumphs of the early pioneering efforts of young men like Yemi Meshioye, Sunday Ossai, Tajudeen Sowole and himself.
The book goes on to give an account of the pace-setting effort of Meshfilm’s foray into video production which led to the megahit The Legal Wife and other movies in the early 1990s.

As a young man growing up when the Nigerian film industry was peopled by a handful of practitioners, mostly Yoruba Dramatists, Simpa ventured into the uncharted region of movie-making, driven by a lofty dream.

He joined Meshfilms Ltd in 1986 and was part of the revolutionary and novel film making method – reversal films – introduced by the company.
Some of the films produced by this company included Iji Aye, Jagunlabi, and Ajangbila, which, inspite of their low technical quality competed favourably with those produced on celluloid by the then giants of the industry. The success of these films shot on reversal stocks, a type of film stock that could be processed locally and projected without taking it abroad for post-production as the practice was in those days, led to the growth of the Nigerian film industry that is now known worldwide as Nollywood, from Simpa’s account. 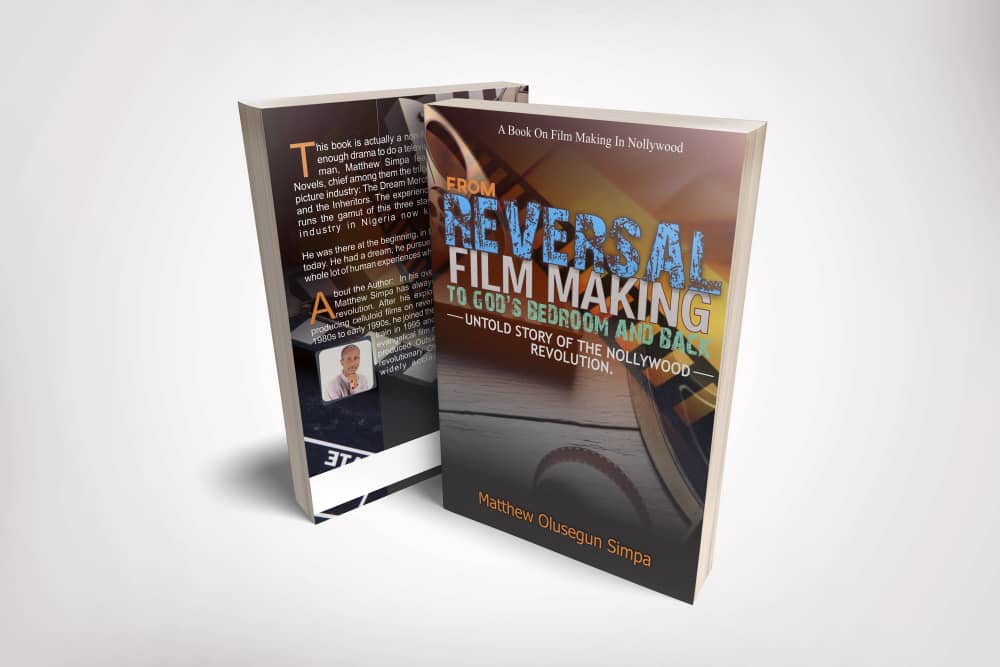 The experiences he relates in this book run the gamut of the three stages of the motion picture industry in Nigeria now known as Nollywood. He was there at the beginning, in the middle, and is still there today. He had a dream; he pursued it and he has garnered a whole lot of experiences which he shared in this debut book of his.

Encore Monthly Looks Forward to Theatre of the ’20s

A CONVERSATION WITH PROFESSOR KENNETH HARROW