The world’s four most visited cities, Bangkok, Paris, London and Dubai, make tonnes of money from tourism but they also spend substantial amounts of money marketing themselves as prime destinations.

For instance, Dubai, the world’s fourth most visited city on the latest Mastercard’s Global Cities Destination Index, has a well-defined, and strictly adhered to destination marketing strategy.

The Emirati City’s Department of Tourism and Commerce Marketing (Dubai Tourism) continues to innovate with an annual programme comprising entrepreneurship initiatives, fashion, shopping, sports, entertainment and arts amongst others with top performers in various fields regularly brought into the city. The presence of such artists, of course, generates more buzz for the town.

But aside that, Dubai Tourism also retains the services of Edelman, the world’s largest PR firm with presence in 65 countries across the globe, to handle its publicity and complement its destination marketing efforts.

Though it is arguable if Lagos, Nigeria country’s commercial nerve centre has such well-articulated action plan for tourism, it has over time been able to attract icons that draw the world’s attention to the city.

This past weekend when singer and actress, Belcalis Almánzar, aka Cardi B, came to town was another case in point. The artist recognised by Forbes as one of the most influential female rappers performed at the Livespot X Festival at Eko Atlantic City on Saturday in Lagos before heading to Ghana on Sunday.

Though she spent just about three days in the city, the Grammy award-winning rapper gave ringing endorsements to Lagos, her host city throughout.

Down to earth and shorn of any artifice, the ex-stripper visited a famous Lagos strip club with Nigerian-American artiste, Jidenna on Friday night and shared photographs of her time in the club with her over 55 million Instagram fans.

At the concert where she performed alongside Burna Boy, Tiwa Savage, Teni, Niniola, Patoranking, Joey Boy and Wande Coal among others, she further identified with her host country by wearing a green and white outfit, the Nigerian national colours. Her wig was also green.

Unlike some other acts that would have stayed put in their hotel rooms for the duration of their stay, the ‘Bodak Yellow’, ‘Bartier Cardi’, and ‘I Like It That’ crooner wholly immersed herself in Lagos. She initially posted a viral video on Friday asking to see the real Lagos and not just the upscale Victoria Island.

To get the total ‘Lagos experience’, Cardi B later hit Lagos streets, visited a market, bought provisions worth millions and donated to motherless babies’ home among others. She didn’t fail to sample the city’s array of alcoholic offerings, unashamedly revealing the strong effect of the city’s beer on her in a short clip. And the diligent chronicler that she is, the artist faithfully shared photos of all her activities with her Instagram followers.

The artist, who noted that Lagos is like her native the Dominican Republic with a touch of New York, also took a Nigerian name, ‘Chioma B’ and asked her fans to take note.

With over 55 million Instagram followers whom she shared her time in Lagos with, Cardi B has undoubtedly taken the endorsement of host cities to a greater height. She has arguably attracted more attention to Lagos than any other personality or event this 2019. Toni Braxton was in town earlier this year for the 60th birthday of media mogul, Nduka Obaigbena but didn’t generate the same amount of buzz for the city.

A tongue-in-cheek tweet that suggested Cardi B would attract more dollars to Nigeria than President Muhammadu Buhari could end up being accurate with the amount of curiosity she has aroused in her fans with her posts. You can bet they would love to sample Lagos too!

Only last July, President Emmanuel Macron of France had generated the same buzz about the Centre of Excellence. Hours after holding talks with President Buhari in Abuja, he headed to the New Afrika Shrine at Agidingbi, Lagos owned and operated by children of Afrobeat legend, Fela Anikulapo Kuti. 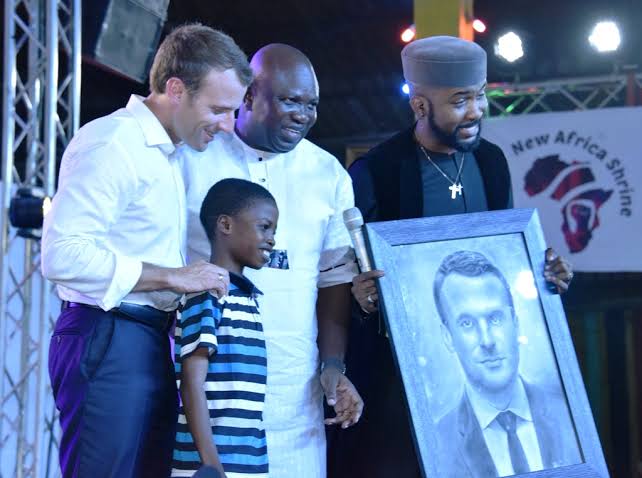 “It may be a surprise that a French president goes to the shrine, but it never surprises anyone if I go to the Albert Hall or the Met,” Macron had said while trying to reiterate that there was nothing unusual about his visit.

A year and some months after Macron’s visit, Cardi B has further burnished Lagos’ credentials with her ringing endorsement, showing that life in the city many love to demonise, is dynamic and fun.