The saying above has been in my head since the presentation by Dr. Caroline Shanaz Hossein as part of the Black Trust: Chuck Turner Arts & Lecture Series. I must confess I have never met the mythical Alajo Somolu. All I heard and read about is that his head was properly screwed on his neck. By extension, this meant the savings collector was methodical and was a symbol of astuteness. It is very difficult to grow up in Lagos and not hear stories about Ajọ and those who contribute to it.

Alajọ Somolu is not just a mythical character; the internet says, “Alphaeus Taiwo Olunaike is not a name that many Nigerians are familiar with. But once you mention Baba Alajo Somolu, the eyes of millions of Nigerians will light up. Yes, they are more familiar with this nomenclature.” The lines capture exactly my mind. His history is now up for all to read and digest. He was born over a century ago (September 1915) we are told.

So how did Pa Olunaike acquire sure a popularity? We are further informed that “for Baba Alajo Somolu to collect thrift and financial contributions from his countless clients without writing down their names and then returning to pay them as due and as scheduled at the end of every month for years without making any mistake points to an eidetic (photographic) memory. Only someone of a vast and prodigious memory with an outstanding power of recall can effortlessly carry out such an amazing feat.” Let me assure my readers that this brief article is not about the exploits of Baba Alajọ Somolu, so I wil let the erudite scholar’s story take over from this point.

On Monday October 26, 2020, Dr. Caroline Shanaz Hossein contributed original ideas and research findings about what is now known in academic circles as Rotating Savings and Credit Associations, (ROSCA). It is the work of the Alajọ by another name. According to Dr. Hossein, the groups are mostly women, and people who participate in them vote on issues or decisions taken by consensus.

The interesting point she brought us was that these forms of non-formal Banking system is not only in Africa, they spread around the global south where people still struggle to accumulate capital in dignified ways. In effect, “Black people have always been collectively organizing; particularly those who are marginalized racial profiling to do very mundane tasks in financial institutions create our own financial systems.” 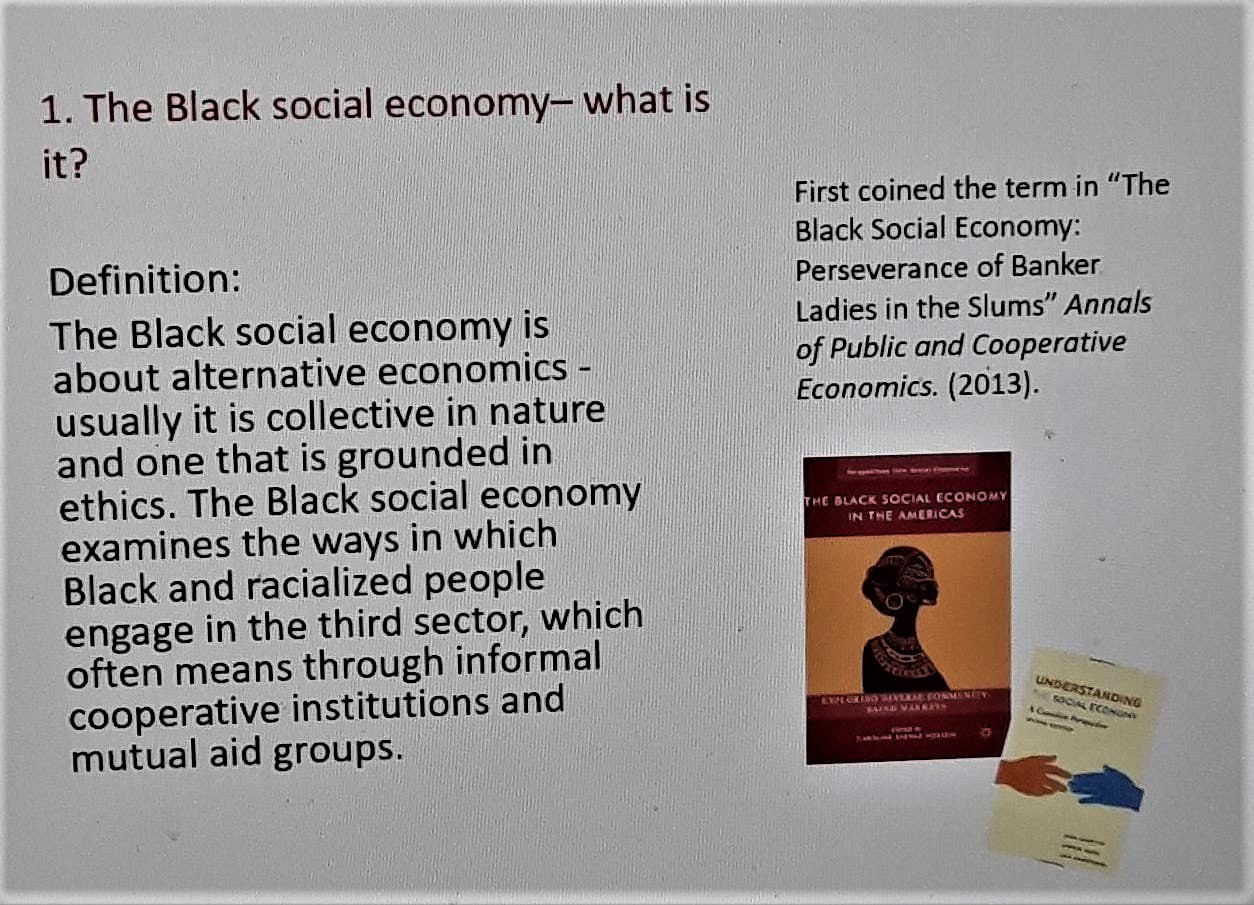 There are different ways in which this informal system is conceptualized. It is seen as part of Africa’s ancestral legacy of knowing what collectivity implies and no outside or foreign colonizer has had to teach us what collective means. This means of financial empowerment is a part of our historical being. It is a counter-narrative to the pervasive narrative that Black people do not understand business. The ‘Box hand’ is a kind of a morale booster, which situates us with other people that can understand the kind of indignities that people of color experience.

Dr. Hossein said 60% of population in Grenada belong to some sort of cooperative organization. This is because of the trust and faith people from the same social origins are bringing or there coming together to support one another can be seen as a push against corporatization. It does not need rocket science to understand that the formality of institutions can sometimes wear on people in the way that Esusu doesn’t; there’s a respect for the person This is why ROSCA’s survival is a form of resistance.

To be sure, the presentation was not all in praise of Esusu or Ajọ, she did include the failures and downsides of the informal financial system. in spite of the risks endured to organize financial resources because of too many indignities involved in modern Banking systems majority of the women she interacted with still preferred to stay with the informal system. Are there no parts of the world, which are obsessed with commercialization or individualized forms of banking? Yes, there are but it denies the people historical memory of where they are coming from or where they are going. 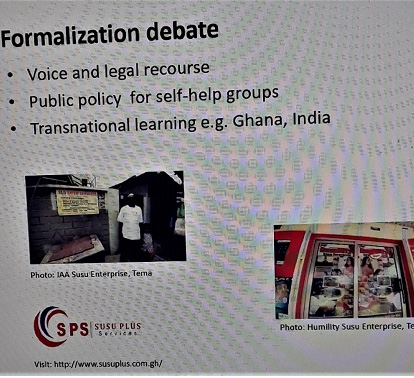 The webinar took a different turn when I noticed that in Ghana, the equivalent of Alajọ Somolu was already on the Internet and the Government was showing more than a passing interest.

In my world of dreams I can only imagine what it will be like if media organizations across the Black world mobilize to form esusu groups with the sole objective of creating a formidable platform with the financial muscle to counter the global media organ that mis-represents black people. If we are to go by Dr. Hossein’s findings, it is apparent the knowledge to run and operate such a complex socio-economic paradigm is available. So what is holding us down?

Obi Emelonye’s ‘Heart and Soul’ To Debut On Netflix Nov. 20