Though the third Kaduna Book and Art Festival (KABAFEST) has come and gone, memories of the event rich in ideas, debates and insights still linger.

Held from September 11 to 14, the festival’s goal is to develop the arts in northern Nigeria by being a platform for the expression of ideas and creativity.

Although to stimulate growth among creatives in the north, participation is not restricted to persons from those parts alone. There were guests from across the country and globally. Diaspora Nigerians from the US, Canada, a Jamaican, Kenyan, Ghanaian and South Africans were all at the event organised by poet Lola Shoneyin’s Book Buzz Foundation for the Kaduna State Government.

By the time the curtains fell on the fourth day with a poetry evening that featured spoken-word artists including Titilope Sonuga, Wana Udobang and Natalia Molebasti, it was clear that the festival realised its goal of celebrating the power of creativity. Commendably, up and coming ones like Jasmine Jade, Maryam Bukar, Hassana Maina, Hauwa Saleh and Daisy Odey also held their own at the poetry night.

At the opening ceremony, Shoneyin hailed the abundant pool of creatives in northern Nigeria. She admitted that “my team and I much enjoy showing the world the multiplicity of northern Nigerian stories. We lose so much when we minimise people and deny them of their humanity. Unfortunately, both inside and outside of Nigeria, we are too quick to strip people of layers, of capabilities and aspirations,” she said.

The Festival Director thanked guests, including three South African writers – Sibongile Fisher, Natalia Molebatsi and Zukiswa Wanner – for being part of the festival despite Nigeria’s diplomatic row with their country.  She disclosed that none of them “revealed any anxiety about coming to Nigeria. Several times, I wondered whether or not to say something to set their minds at ease. But then I remembered that, in the many times that I had travelled to South Africa for a literary event, I was never afraid because I felt safe with my South African sisters. We remain united and committed to doing what creative Africans have always done: rise above the poisonous rhetoric and provide constant reminders that our common humanity is much more important than anything that seeks to divide us.”

She didn’t fail to appreciate the playwright; Professor Ahmed Yerima honoured with a Lifetime Achievement Award and sponsors of the festival. They were Sterling Bank, Peugeot, the US Embassy, Governor Nasir El-Rufai, his Deputy, Dr Hadiza Balarabe and  El-Rufai’s wife, Hadiza through her Yasmin El-Rufai Foundation.

South African, Molebatsi, who read a poem apologised for the Afrophobia then raging in her country.  She said, “the kind of crisis that’s happening in South Africa, seems always to find its way to devour black people, women. And it looks like we are always the responsible ones, the ones available for violence to unleash itself on our skins. I hope that we find a better place. I hope that through our words, we can mend the situation. We’ ll find the spirit of Pan-Africanism because this is what we were taught.”

Some of the sponsors also gave speeches at the opening ceremony.  Executive Director, Sterling Bank, Yemi Odubiyi disclosed that the bank supports KABAFEST to grow the creative industry.  He said, “we’re building a national strategy that uses human capital as a driver of Nigeria’s competitiveness. By sponsoring events like this, we are enabling that strategy of making Nigeria and Nigerians compete based on their intellect across the world. We see the potential for Nigeria to generate a lot of foreign earnings from this industry. We recognise that at the moment, the industry is not as formalised as it ought to be.”

Governor El-Rufai, represented by his deputy, Dr Balarabe, explained that the government conceived KABAFEST as a platform to celebrate the literary arts and to encourage literary talents from northern Nigeria. “The first two editions have proven to be a rich mix of the global and the local, exploring our stories and ideas in conversations with those from other cultures. With this 3rd edition, our aspiration to institutionalise KABAFEST is being attained. Kaduna State embraces its diversity as a blessing, and it views literature as one of the most important channels for explaining ourselves to each other and the world; building a sense of common community and challenging us to build a better society.  Cultural dialogue apart, the creative arts could in themselves be sources of economic dynamism. The Nigerian film industry, our musicians and our photographers are breaking new ground and demonstrating sustained viability. We seek to promote the creative arts to nurture minds,  but also to create jobs and wealth for our people. Apart from books, our creative arts program seeks to promote film, music and art in general.”

After the opening, the festival got down to brass tacks with a writing workshop, panel discussions, ‘booklogues’, art exhibition and film screenings.  Some of the panels where fiery exchanges took place include ‘Women as leaders in Northern Nigeria’, ‘Let’s talk about consent’ and ‘The Problem with Silence:#Arewa Me Too’. There was also ‘Debating Feminism’, ‘Objective Reporting and its Impact on Security, and the hugely popular ‘Soyayya Ruwan Zuma’ conducted entirely in Hausa. Because some of the topics could not be exhausted, Shoneyin promised that the panels would continue at the 2020 edition of KABAFEST.

Fittingly, the literati also got to hear from some of their favourite authors directly during the ‘booklogues’. Academic and publisher of Brittle Paper, Ainehi Edoro, beautifully engaged Tope Folarin on his book, ‘A Particular Kind Of Black Man’. Aysha Abdullahi also did same with Oyinkan Braithwaite, author of ‘My Sister the Serial Killer.’

The keynote, ‘The Possibilities of Pan Africanism’ saw the late Kwame Nkrumah’s daughter, Samia, in conversation with Olaokun Soyinka about its prospects and problems on the continent and West Africa.

Illuminating and enjoyable, with some gastronomic delights – Hausa desserts and Moroccan dishes thrown into the mix, it was an event most participants didn’t want to end. 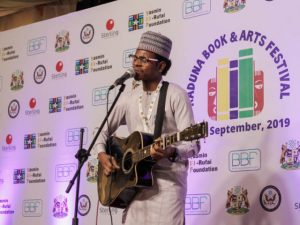 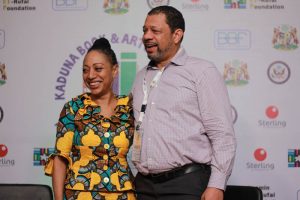 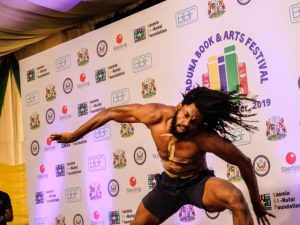 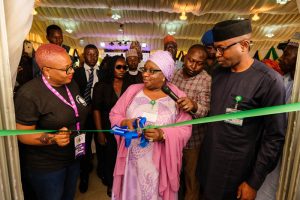 How I published over 60 plays – Yerima