It was six days of edutainment from December 14 to 19 when ‘Fuji: A Opera’ held at the Mike Adenuga Centre/Alliance Francaise, Ikoyi, Lagos.

Conceived to revitalise and reimagine the popular musical genre for a new audience, ‘Fuji: A Opera’ featured a multi-media installation exhibition, a talk series with K1 De Ultimate, and a live concert.

Fuji icon, General Ayinla Kollington opened the weeklong showcase on December 14 in the company of industry practitioners, culture custodians and music fans. Program’s creator, Adeoye’ Bobo’ Omotayo led him on a tour of the exhibition. He took the 74-year old musician through a state-of-the-art multi-media installation that explored in-depth fuji through archival recordings, a historical timeline, costumes, and never-seen-before merchandise.

The following day, pupils from various Lagos schools had a guided tour of the exhibition.

On Wednesday, December 16, a VIP preview of the exhibition doubled as a celebration of the life of Fuji music’s creator, the late Sikiru Ayinde Barrister whose 10th-year memorial prayers also held in his Isolo, Lagos home.

A mural was unveiled in honour of his legacy by the creator and executive producers of FUJI: A Opera flanked by K1 De Ultimate and the President of the Fuji Musicians Association of Nigeria, Sikiru Ayinde Agboola. A special ‘Creator Award’ was presented to Barrister’s family. His eldest son, Rasak Balogun received it alongside two of his wives and children. On the outdoor terrace, sponsored by Bombay Sapphire was a special Fuji Reimagination set by DJ Aye of VSS where guests expressed what ‘FUJI Means to You’ on Bombay Sapphire easels as part of the Bombay Sapphire Stir Creativity campaign.

The 90-minute talk series tagged ‘An Audience with K1 De Ultimate’ moderated by Yemi Shodimu, and Lehle Bedle happened the next day. The talk held in partnership with Universal Music Nigeria saw K1 De Ultimate unravel the genre’s obscure past, threw light on the present and insights for reimagining its future with journalists, industry practitioners and investors.

Royalty was part of the event as the Elegushi of Ikate-Elegushi, Oba Saheed Ademola Elegushi (Kusenla III) viewed the exhibition on December 18. Executive producer, Tosin Ashafa, led the man who has a deep-rooted relationship with Fuji music on a tour of the display.
Fuji: A Opera climaxed with an invitation-only live music concert featuring Sule Matute, The SK Sensation Band, KS1 Malaika, Saheed Osupa and the headliner, K1 De Ultimate. They treated the cream of corporate and social Nigeria to their signature sounds, rich vocals, and instrumental prowess.

An official endorsement also came the way of the event when the Minister of Youth and Sports, Sunday Dare visited the exhibition and promised to support the initiative on Saturday, December 19.

3101 Media, in partnership with the Fuji Musicians Association of Nigeria, Alliance Francaise de Lagos, Coca-Cola Nigeria Limited, The Wheatbaker Lagos, and Bombay Sapphire, succeeded in attracting over 2,000 people to the event set to return in 2021 with an original stage production and concert. 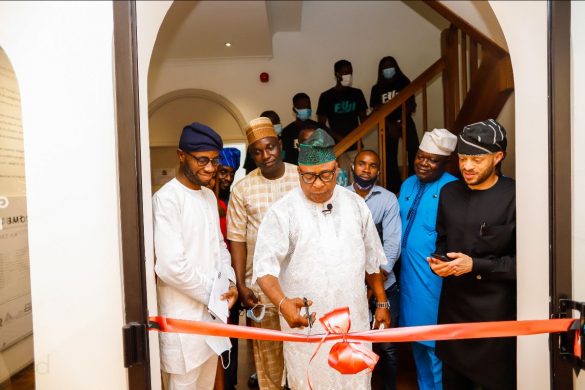 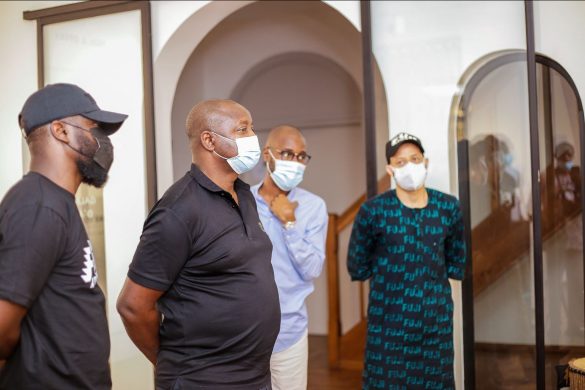 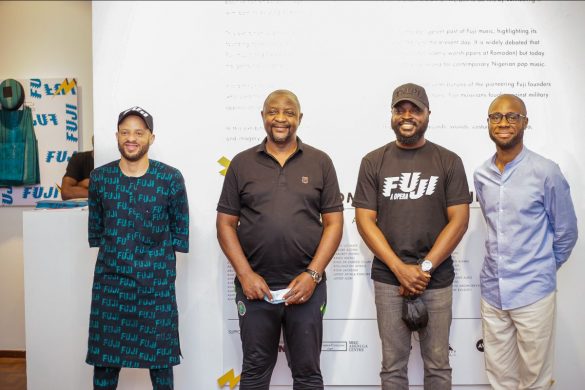 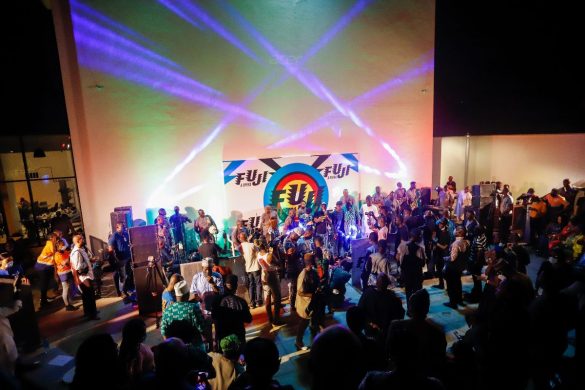 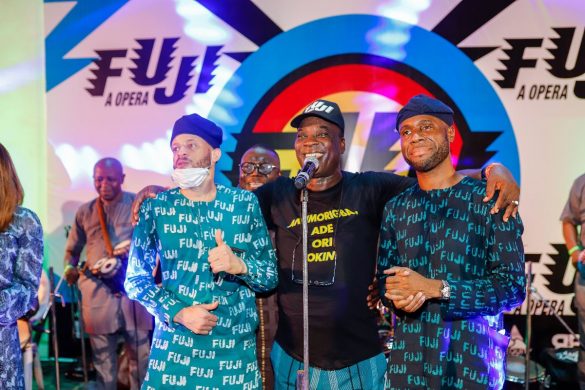 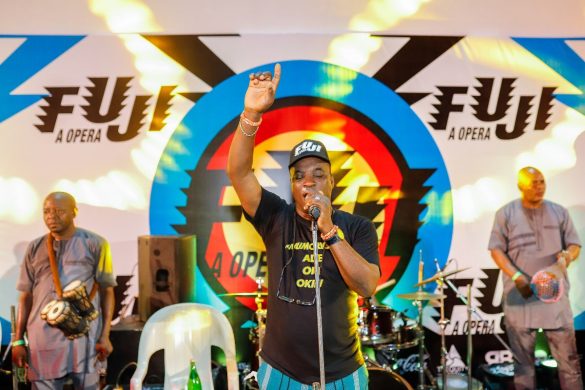 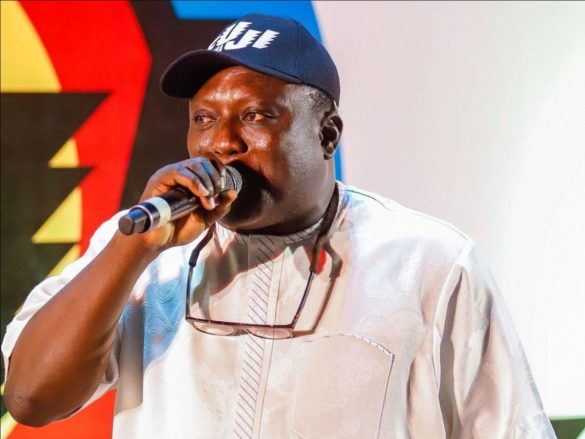 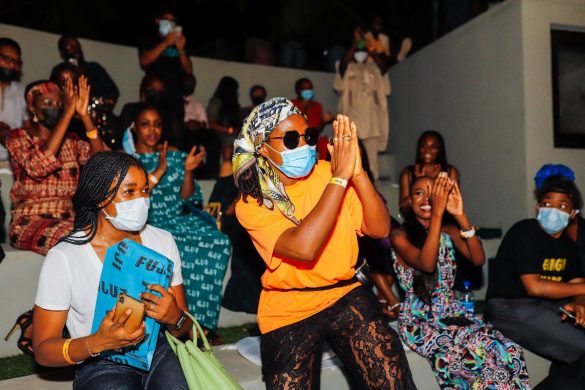 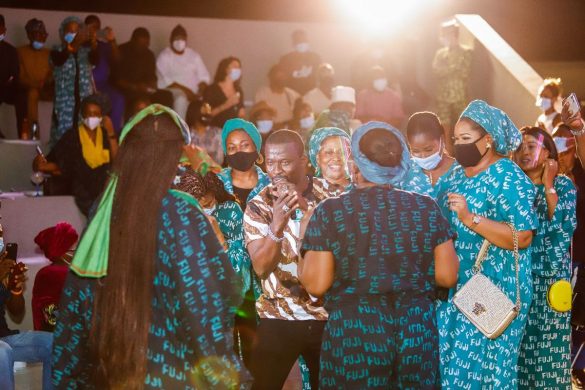 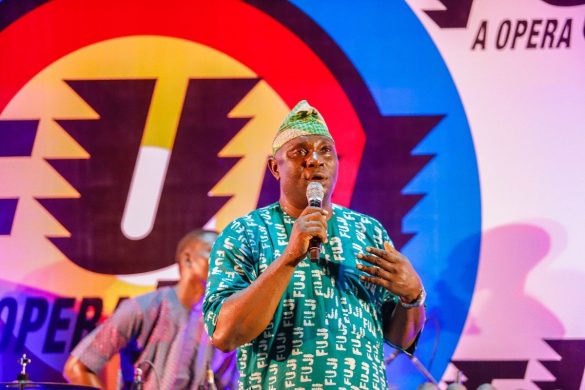 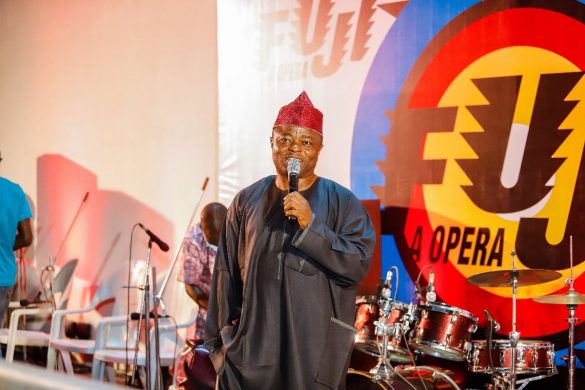 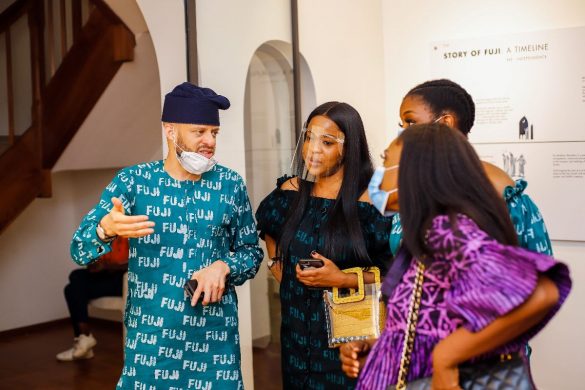 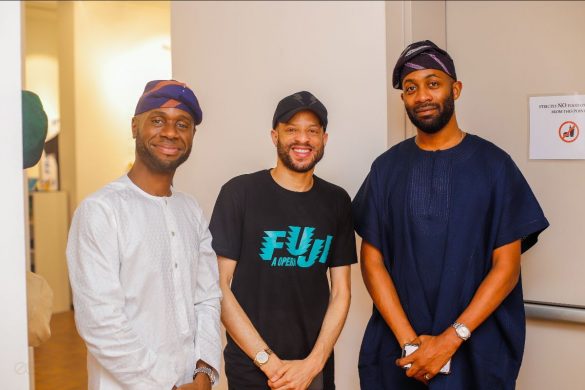 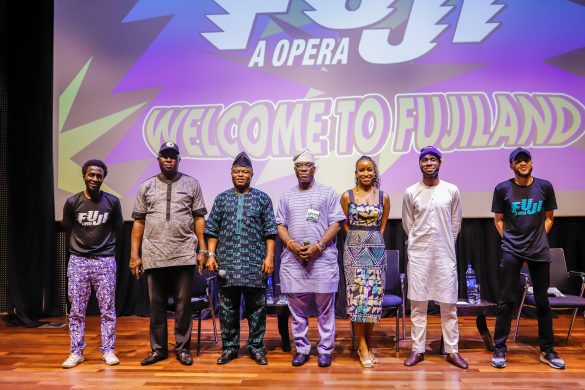 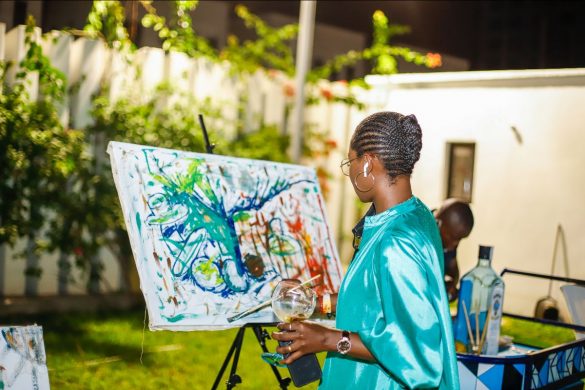 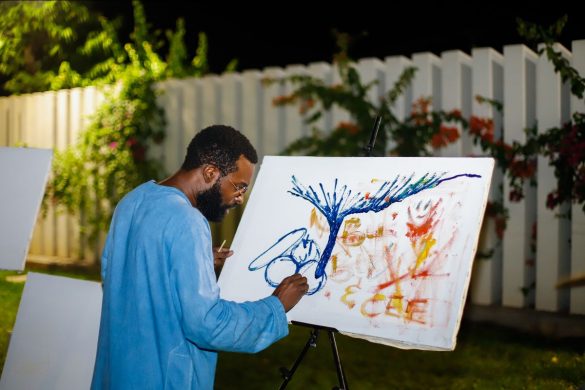 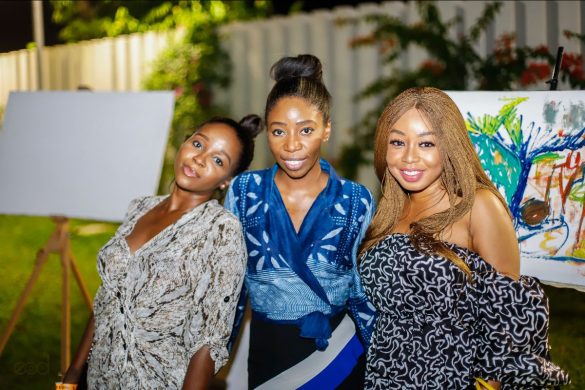 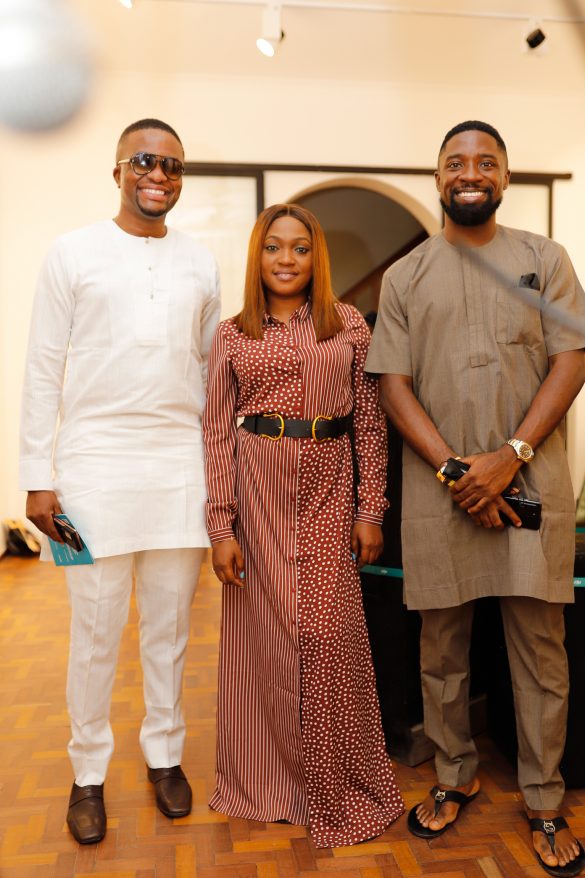 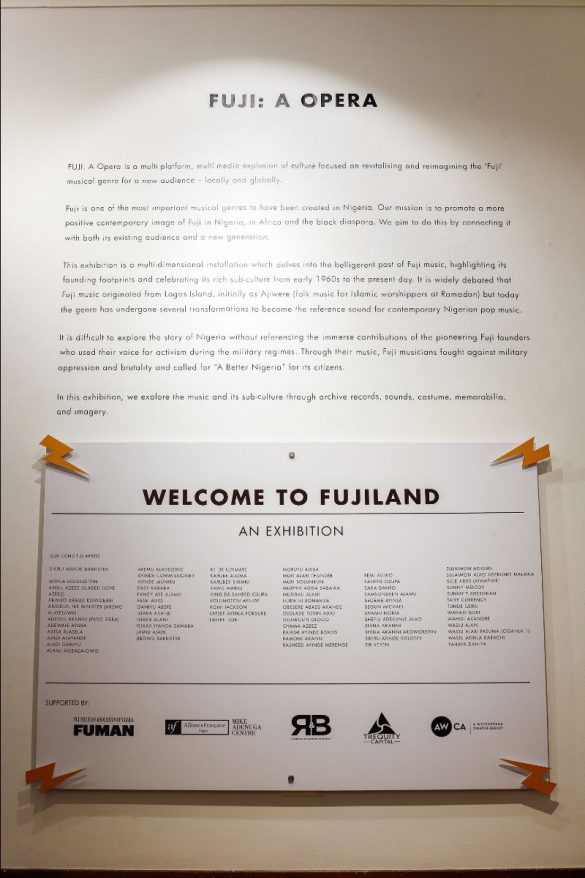 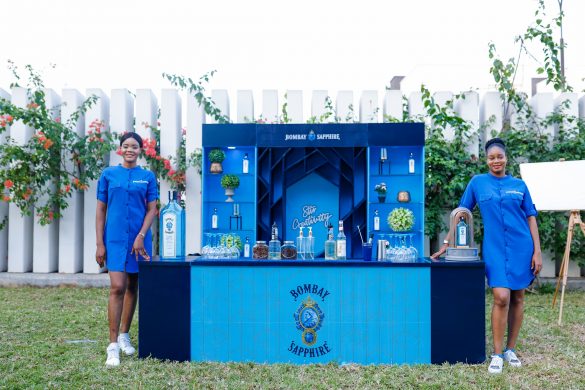 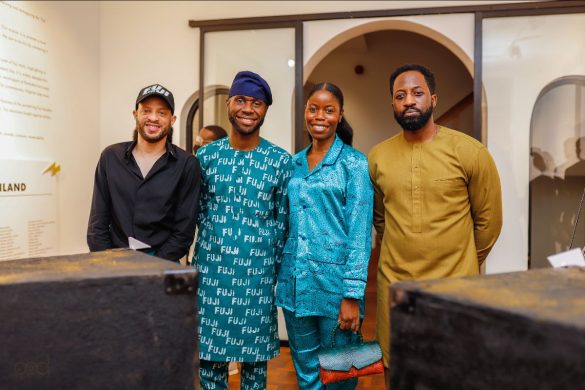 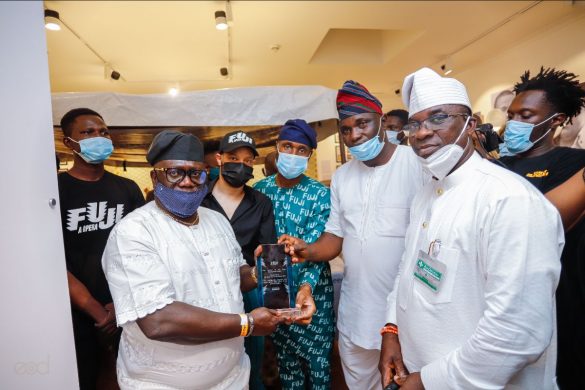 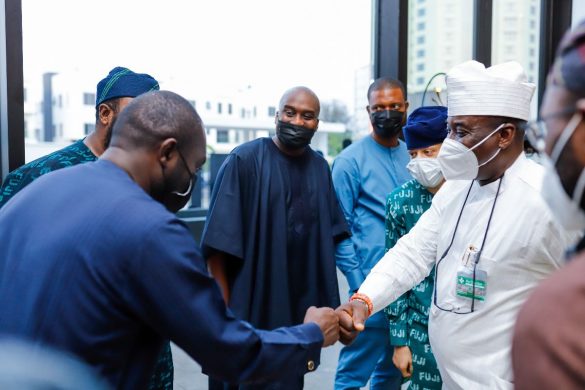 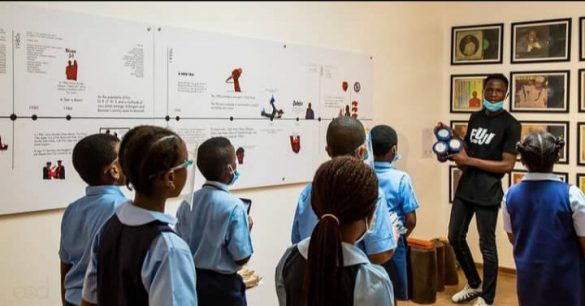 Nigerian Youth Is TCN’s Culture Icon of the Year 2020

2020 In Nigeria: A Museum Of Broken Hearts