No industry for oldies: Why entertainers with ageing-associated ailments become ‘beggars’

Their present predicament, sadly, has become standard fare in the creative industry. Prince Bola Agbana, better known as Prince B, is a veteran musician. He was a member of the Jambos Express Band that sang the famous ‘Mother Africa’ number and featured at Lekki Sunsplash ’88. He previously played with King Sunny Ade and led The Moonrakers Band of Kano in the early 70s.

The talented Prince B is now down with Parkinson disease, and footing the medical bill alone has become herculean. He needs support. Stumped by all efforts to raise money, his associates have, characteristically, solicited help from the public. 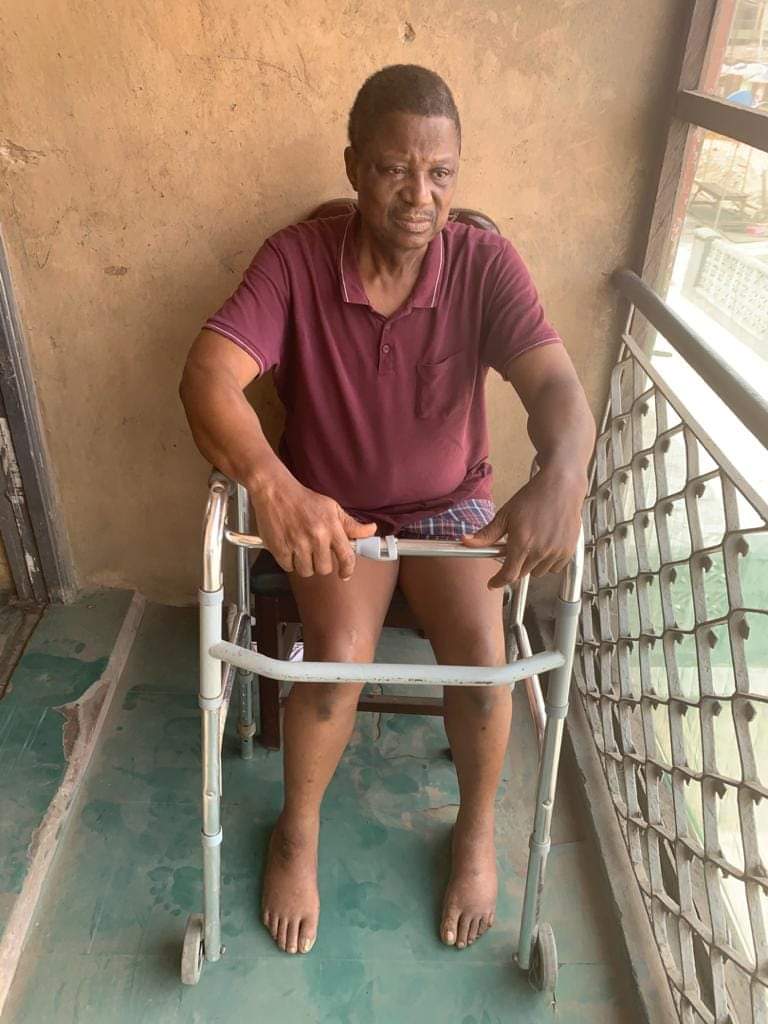 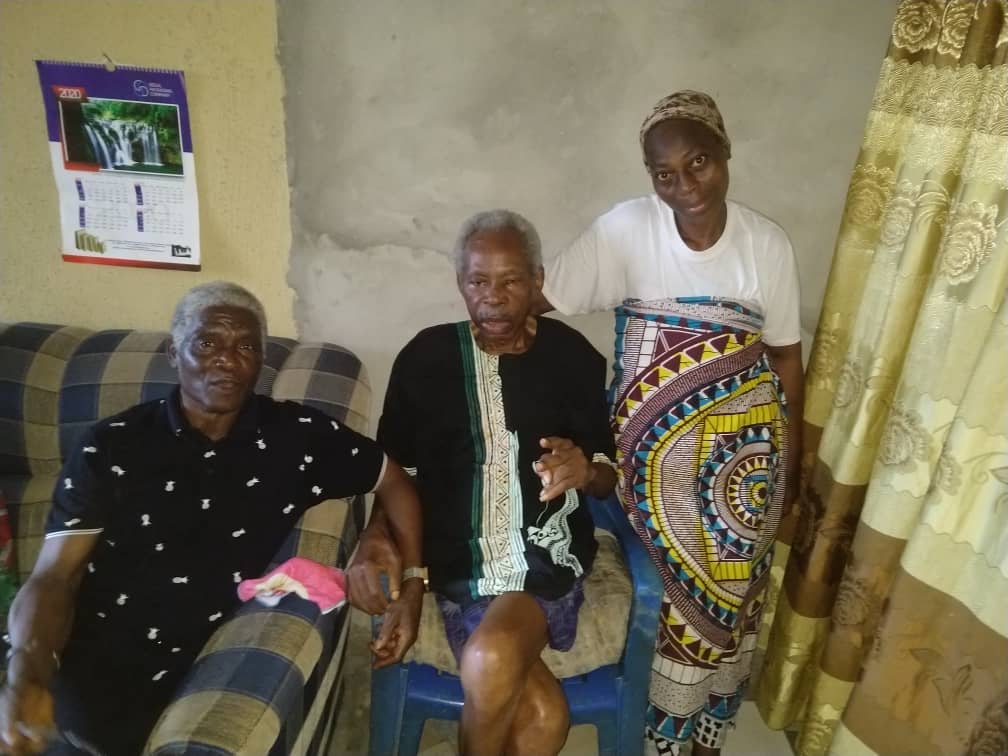 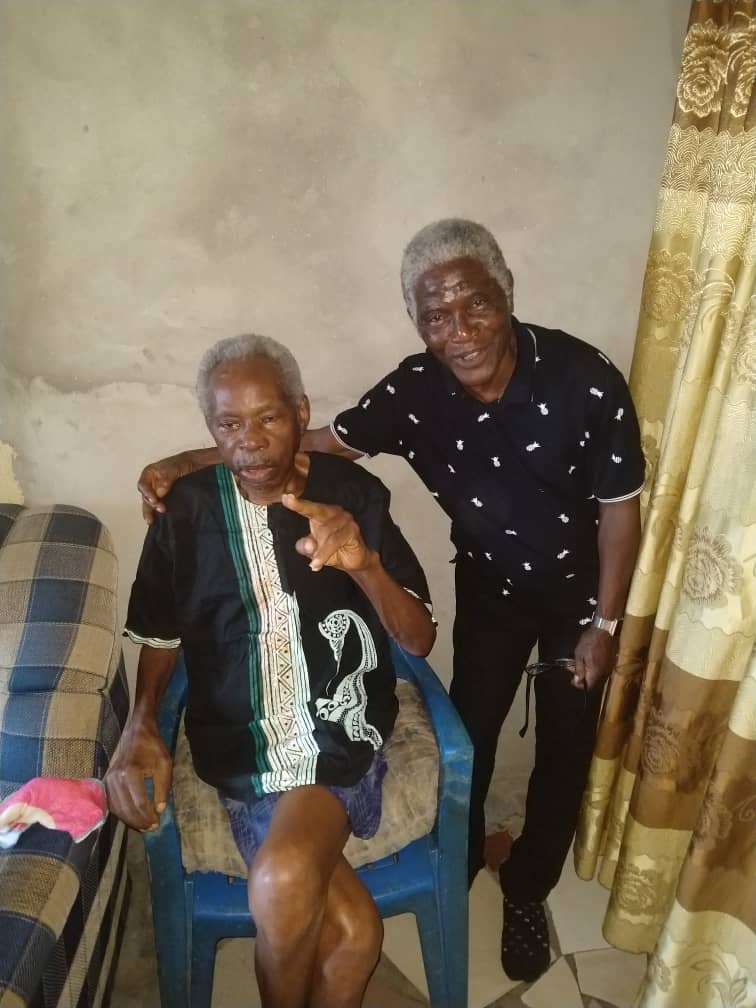 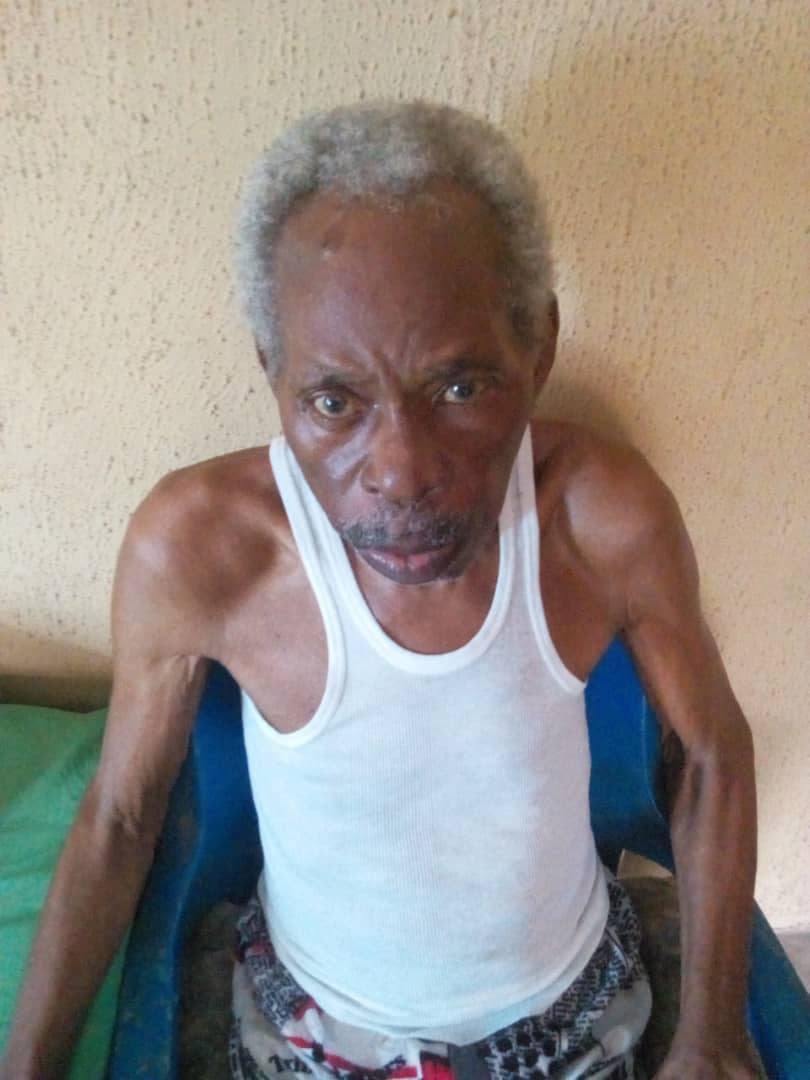 “Anything to support him for his medication, etc. will be gladly accepted. Please forward any donations to his wife’s account. Mrs Margaret Dele Agbana, Guarantee Trust Bank, 0264088865,” a message from his friends read in part.

Actor, writer and director, Yinka Ogundaisi, is in a similar dire strait. He repackaged the longest-running Yoruba TV programme, ‘Feyikogbon’, was a cast member of ‘The Village Headmaster’ and wrote ‘The Charmed Lock’, a crime fiction. Some of his movie credits include ‘Give and Take’, ‘Destiny’, ‘Hostess’, ‘Omoge’, ‘Pardonable, Unforgiveable’ and drama series, ‘Happy Homes’.

He first became unwell around 2013 with complications of twisted intestines, hernia and enlarged prostate. Some of his colleagues rallied around him to ensure he got treatment. However, he now needs money for urgent surgery to treat collapsed backbones that have trapped nerves, making him unable to walk. Donations are being sought for him again with people asked to send whatever they can afford to help him stand up and walk to Olayinka Ogundaisi GTBank 0009431547.

But the duo is not alone. Their plight has become common in the creative industry. That is, players, having ageing-associated illnesses and suffering from the lack of retirement and insurance packages that have plagued the sector ad infinitum.

In Ibadan, Oyo State, assistance is also being sought for actor Gbolagade Akinpelu, popularly known as Ogun Majek who has been poorly for some years. After having spent a fortune, one of his children, Akeem Abidemi Akinpelu went public in April to solicit public support for the actor.

Despite contributing between 2.5 and three per cent to the nation’s GDP, the creative industry has always been unable to take care of its stakeholders, particularly ageing ones with health issues. The examples are numerous and underscore why coherent and attainable retirement/insurance packages are imperative for all the stakeholders.

Veteran actor Victor Olaotan, only got a respite after billionaire Femi Otedola stepped in and paid his hospital bill of around $50,000 last year. The same philanthropist took up the case of Sadiq Daba diagnosed with chronic obstructive pulmonary disease.

In 2013, singer and record producer, Babatunde Okungbowa (OJB Jezreel), suffered renal failure which led to the loss of both kidneys. He needed assistance to raise funds for his treatment which included a kidney transplant. As usual, the public was the last resort. Sadly, three years after a kidney transplant operation in India, OJB Jezreel died in the early hours of June 14 in a Lagos hospital.

Before he passed, the late Samuel Oludayo Akinpelu (Alabi Yellow), who suffered a partial stroke after the demise of his wife, also cried out to the public for help. The late Chief Eddie Ugbomah and Apostle Moses Olaiya Adejumo (Baba Sala) had similar experiences.

While some entertainers sought financial aid from the public but still passed, others including Ngozi Nwosu and Bruno Iwuoha received help and pulled through.
However, having to rely on the public and affluent benefactors is not dignifying. Most of those concerned wouldn’t have wanted it if they had other means.

Puny efforts
This then underscores the need for a structured and institutionalised health insurance/retirement plan for all players in the creative industry. Though there are pockets of initiatives, they are way too puny to have any significant effect.

Last year, actress Foluke Daramola launched a lifeline for ailing and ageing Nollywood veterans called ‘Nolly Veteran SOS Project 2019’.
“I decided to come up with the idea of the gesture of this Nollywood veteran social welfare intervention initiative to help raise and build mutual benefits social trust funds to ensure they live a better life progressively,” she explained at the project’s unveiling anchored by comedian Gbenga Adeyinka.

Daramola added that the idea is “for an individual Nollywood actor to adopt a veteran actor and contribute to his or her wellbeing monthly.”

A visibly sick Pa Kasumu, who has since passed but who managed to attend, had some actors including Yinka Quadri in tears because of his condition.

The Actors Guild of Nigeria (AGN) under the stewardship of Emeka Rollas also launched an AGN-Foundation to see to the welfare of its members some years ago.
“The Actors Guild of Nigeria (AGN) has decided to launch an AGN-FOUNDATION which will take care of an illness that requires N8million to N10million & above. I want to use this medium to appeal to the corporate organisations in Nigeria to perform their CRS through this channel” Rollers said while announcing the initiative back then.

Former Senate President, Dr Bukola Saraki was one of the earliest supporters. He donated five million naira for the treatment of ailing actors when Rollas and others took the project to him.

There have also been pockets of initiatives by some other players in the entertainment industry including former PMAN President, Bolaji Rosiji and some in Nollywood. But they have fizzled out because they are not institutionalised.

Commenting on lack of insurance for actors and why they beg for assistance when poorly with BBC Pidgin, Rollas defended his members, noting that their pay is too meagre.

He explained that actors don’t get a corresponding reward for their effort and that signing up for health insurance is tough for them. Rollas also hinted at the disparity in payment for established and upcoming actors.

“If we organise HMO for our members, where will they be getting money to pay for health insurance regularly?” he asked.

The AGN President added that “sometimes, HMOs don’t want to cover some actors with crazy lifestyles. So, when they have liver or kidney issues, they are on their own.”

Even the National Endowment for the Arts Act of 1991, which the Minister of Information and Culture, Lai Mohammed, last week disclosed would be amended to strengthen the industry, is not very explicit about support for ageing artistes with health issues. It touches on almost every other thing except an institutionalised means of caring for ageing artists with co-morbidities.

A purpose-designed health insurance
Commenting on the issue, Director, MultiChoice Talent Factory (MTF) West Africa Academy, Femi Odugbemi said it was imperative to have the infrastructure, including health insurance for everyone.
He said, “I have already said this before, but it bears repeating – our creative industries need infrastructure, not handouts. One of these critical structures is health insurance. There is a need for purpose-designed health insurance to cater specifically to our artistes and performance industries simply because they are usually freelance. The work is inconsistent in many cases, and most are often so poorly paid that there is so little left after basic needs are met. So, it’s a tragic but predictable situation that as our stars grow older, they will inevitably be confronted with the health challenges of old age. We need to urgently create a national healthcare scheme that can cover their care.”

He added: “For most of them today, all they have is their celebrity status which has not translated into savings that could be applied to high hospital cost. In other places, a small percentage of entertainment tax charged on the tickets of cinemas and theatres is set aside to fund the welfare of the creative industry. We can do the same. We owe our artistes a lot. It is their creative energies that have kept a restless population entertained and sustaining happiness and hope through the hardships we have all endured in Nigeria. Perhaps COVID-19 presents an opportunity to add healthcare planning for the creative industry into the many plans for ‘palliatives’ that are being considered. I certainly hope so.”

Also proferring solutions, renowned visual and performance artist, Mufu Onifade said: “To improve the welfare of the Nigerian artiste, two major steps may suffice. One, on the part of all players, professional associations and guilds have a responsibility to institute some insurance policies that can take care of the Nigerian artiste in his/her later years. I know some professional Associations which started such plans, but sustenance was a big problem. Many don’t even know that, at times, as little as the premium is, many artistes easily default. Imagine a policy that all the artiste has to pay on an annual basis is N5,000, the many artists default. The way insurance works is that once you default or renege on your commitment, you have opened a gate for the lapse of your sum assured.
“So, if the cooperation between artistes and professional associations and guilds are firmed up, and they are all dedicated to proper institutionalisation of insurance policies, it will go a long way in ameliorating their welfare and living standard. Apart from this, artistes can also take up a personal insurance policy that allows them to pay as low as below N50,000 per annum, but the benefits are fantastic.

Indeed, corporate Nigeria and the government need to urgently discuss and evolve how retirement benefits/health insurance can be provided for artists and other players in their old age. There’s nothing more heartbreaking than seeing an individual idolised by millions of Nigerians and others reduced to begging because of age-related ailments.

‘Art for the people’ is a platform for the art community, says Molara Wood

When the Cruise Ships Stop Coming