Is AMAA About To Produce Its First Oscar Nominee?

As the race for nominations for this Academy Awards hots up, expectations are high that this might be Africa’s year at the Best International Film (formerly Best Foreign Language Film) category.
The last time Africa won the coveted award was in 2005 through South Africa’s ‘Totsi.’
For this year, more than hundred countries have submitted entries for consideration for nomination in the Best International Film category. About 20 of such entries are from Africa.
Interestingly, three of the entries from Africa were big winners at last December’s African Movie Acadeny Awards (AMAA), thereby raising hopes among stakeholders across the continent that Africa might have a strong showing this year, if not with an outright win like Totsi, perhaps with a nomination (like ‘Yesterday’, which was South Africa’s entry in 2004) when the final list of nominees is released in March for the 93rd edition of the glamorous awards ceremony slated for April 25 this year.
It should be noted that ‘Yesterday’ picked two awards at the maiden edition of AMAA in 2005 in the Best Light and Best Sound categories.
The President of the AMAA Jury and Former Commissioner of Tourism, Arts and Culture in Lagos State, Mr. Steve Ayorinde, had noted in the Jury Statement during the virtual event in December that “inspite of Covid-19, African filmmakers are unrelenting” and “have chosen to remain busy in the art of quality storytelling via the cinema medium.”
Adding that it was heartwarming that majority of the films nominated in the Best Picture category were shot in African languages, perhaps as a veiled allusion to their suitability for Oscar awards consideration.
Gladly, three of the top feature films at the last AMAA have been submitted by their respective countries for Oscar consideration.
They are ‘The Milkmaid’ (Nigeria), ‘This Is Not A Burial, It’s a ressurection’ (Lesotho) and ‘The Fisherman’s Diary’ (Cameroon).
It is the first time that both Nigeria and Lesotho will be having entries at the Oscar awards.
Intriguingly, the films from both countries were arguably AMAA’s biggest given the number of awards they won. While The Mildmaid picked the Best Film award along with four other prizes, This is Not a Burial, It’s a ressurection won the Best Director and three other awards.
Cameroon’s The Fisherman’s Diary picked two awards at AMAA in the Best Screenplay and Best Upcoming Actor categories.
‘The Letter’, which is Kenya’s submission at the Oscars this year, was nominated in the Best Documentary category at the last AMAA, making it four films from the last AMAA vieying for the Oscar diadem.
Lesotho’s official submission, ‘This Is Not A Burial, It’s A Resurrection’ got a boost recently when the highly influential Hollywood Reporter publication did a review of the film, stating that it’s a frontrunner for the Best International Film category. 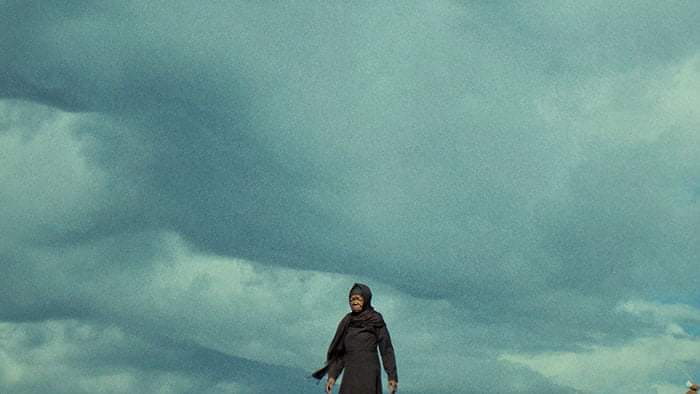 “The landlocked nation never before has submitted a film for Oscar consideration, but it could be first-time luck for this ambitious drama – about an octogenarian widow making arrangements for her death – from writer-director Lemohang Jeremiah Mosese that won a special jury prize at Sundance for ‘visionary filmmaking,” the newspaper wrote last month.
Nigeria’s entry is also pulling all the strings to get the needed international attention. A strong article on Aljazeera website last week trumped up The Milkmaid’s choice as Nigeria’s entry, emphasising its strong visual appeal and topical thrust in telling the story of armed bandits and kidnapping that has seized some parts of northern Nigeria.
As a special screening penultimate Sunday in Lagos, writer-director of the film, Desmond Ovbiagele, said the strive for Oscar nomination would be very tough and competitive.
“More than 100 countries have already submitted entries. The first 10 nominees out of the lot will be announced next month before the final nominees of five films will come in March. So it’s going to be very competitive. Every country is queuing behind their entries, so we expect Nigeria to support its own submission and do the needful,” he told journalists at the Terra Kulture Arena in Lagos where the film was screened 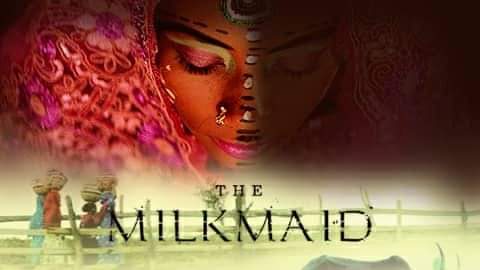