Francesca Emanuel: ‘She was in every way, a Mama’

Associates of the amazon, Mrs Francesca Yetunde Emanuel, who passed on Wednesday, April 8 have been paying tributes to her.

Though a cross-section of those who spoke with TCN expressed sadness over the demise of the first female Permanent Secretary in the Federal Civil Service, they were happy that she lived a fulfilled and impactful life.

Iconic figure
Culture activist and dramatist, Ben Tomoloju, who worked with her on projects including the Macmillan Literary Night series, said he was one of her legatees while highlighting her sterling achievements.

He said: “When you want to talk about Nigeria’s greats in the public service, Mama Francesca Yetunde Emanuel was one to be counted. She was a leading figure in the moulding of a new federal civil service in Nigeria. An iconic figure not just among women but for humanity as a whole. She was a philanthropist, but she never announced it.

“We are beneficiaries of her good gestures across the board. She empowered so many either in God’s vineyard, as an educationist and artist. She was one of the pioneers in acting in Nigeria. One of the best sopranos both in jazz and classical music. She was an art administrator per excellence. She retired as the Permanent Secretary in the Ministry of Information, Culture, Youth and Sports. She oversaw the implementation of FESTAC ’77.”
The former Deputy Editor of The Guardian added that “She would occasionally go to Jazz 38 to sing, despite being a member of the MUSON. She was Chair, Macmillan Literary Events Committee that organised the Macmillan Literary Night and also Vice Chairman, Board of Directors, Macmillan Nigeria Publishers Limited. She is a being we’ll like to immortalise; she was blessed among the whole of humankind. There was a day Segun Adefila was rehearsing, and at 80 plus, Mama got up to teach his girls some dance steps. And she did it with so much finesse and grace. She was a great woman.

“Mama was always supportive. She was obsessed with the Yoruba language and was interested in my book, ‘Ogorun Itan Lati Ile Yoruba’. It’s the same for my music project. She said to me, ‘you’re growing older, don’t let age overcome your productivity, compile all your songs.’ I had thought I would present the compilation to Mama, ‘Ise yin re o’.”

Queen of Contemporary Nigerian arts
Arts programmer and proprietor of The Little Theatre, Artists’ Village, National Theatre, Aremo Tope Babayemi spoke in the same vein. He told TCN from Texas, the United States that she’s the rightful owner of the title, ‘Queen of Nigerian Arts’

The former General Manager of MUSON said, “Mrs Francesca Yetunde Emanuel (CON), was our Queen of the Arts in contemporary Nigeria. She performed, managed, produced and promoted the arts and culture in very strategic and quantifiable ways. She came from a privileged background and succeeded in achieving excellence, not only in her career in the civil service but also as a key supporter of Nigerian arts and culture. Most importantly, and unlike many who feather their nests while paying lip service to notions of development in the Arts, she put in her time and personal resources to support a creative sector that was in dire need of quality leadership and direction. May her great soul rest in perfect peace.” 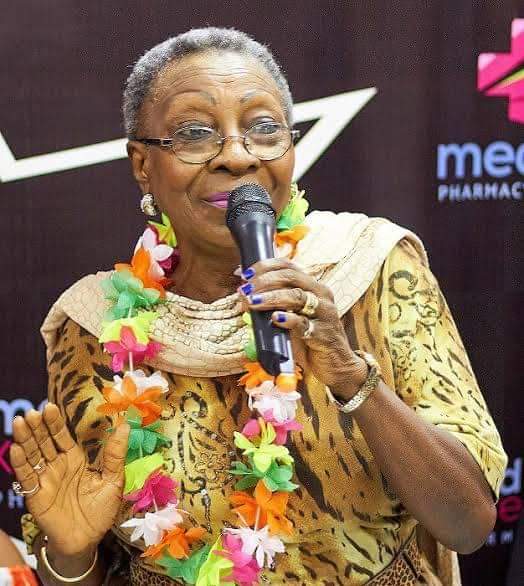 Mama in every way

Notable actor, producer and director, Norbert Young said: “I first knew of Mama when I was at UI. She was a Federal Permanent Secretary then, but it was her activities in the Theatre that I was familiar with. On occasions, I’ll see her and marvel at such a wonderful personality. In 1984, we performed one of her Christmas plays ‘Christman’ at the National Theatre, directed by the late Professor Dapo Adelugba.

“It was however when the Macmillan Literary Night series was going to start that I came in close contact with her. Aremo Tope Babayemi had invited a group of us to participate. Mama was extremely patient and detailed with in-depth understanding and analysis of texts. And her delivery style was top notch. She commanded respect and loyalty. Firm and would not allow frivolities but was always ready to participate in jokes. The success of the Macmillan series was largely due to her professionalism. She’ll be greatly missed. She was in every way, a Mama. May her sweet soul rest in peace.”

Enabler, mother of many
Choreographer and theatre director, Segun Adefila, who many refer to as Mama’s ‘Last Born’ also spoke glowingly about her.

He began: “She was Chairman of the Macmillan Literary Committee and drafted me into it. We held meetings in her house, and she insisted that our presentations must always be relevant to happenings in the society. That’s both for the Literary Night and Children Festival. I sometimes go late for the meetings, and she would be annoyed with me. She warned me several times about punctuality. There was a funny one that showcased her as a disciplinarian but caring mother. I went for a particular meeting late, and Mama was angry. She said I should stay outside.

“Meanwhile, outside was not to leave the meeting venue; it was a corner of the sitting room away from the central meeting. When we finished, she asked her chef to prepare a meal for me and gave me a transport fare. That’s the sort of person she was. She reinforced the idiom, ‘ti a ba fi owo otun ba omo wi, a tun fi owo osi famora.’ 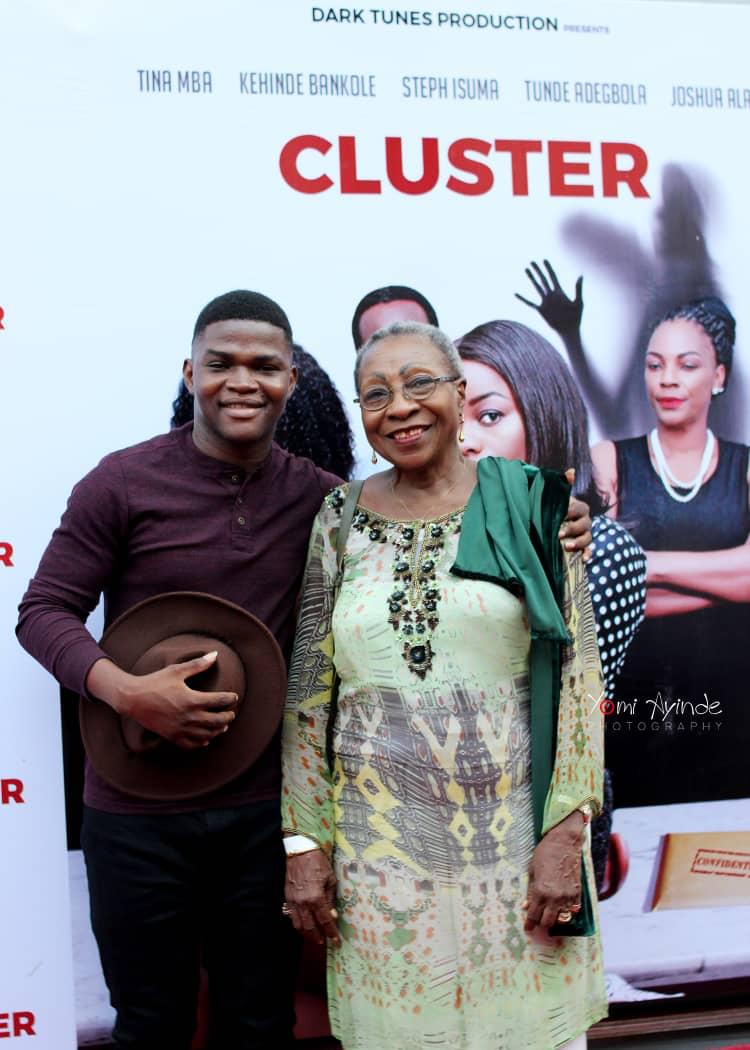 “I recall another incident when preparations were ongoing for the 80th birthday of the late Oba Adeyinka Oyekan of Lagos. Mama came and said Segun; I want us to create a new work for this celebration. She reposed so much confidence in us. She came to Bariga to rehearse us. She also came on stage to perform at the event because there was an oriki component. She loved culture to pieces.

“Mama was also a philanthropist. She helped people and never announced it. If I take you to her and introduce you as a friend and journalist, you have also become a friend. She paid the school fees of many children in Bariga, and I got to know about it later. Not through her, mind you. She will never announce her assistance. She was an enabler. We wouldn’t be anywhere without her support; the leverage she gave us was extremely beneficial.

“I have lost several close people, but her demise hit me hard. We were working on her library and had just finished classifying the files when the COVID-19 lockdown commenced about three weeks ago. She called me last week, and on hindsight, I just realised it was a farewell of sorts. I had assured her we would resume immediately the lockdown is over, but she said not to worry, that keeping safe alongside my family matters most. She was a mother of many.

“She influenced my position on gender issues. You know she spent her career in a male-dominated space but she would tell me things. I got my informed position on feminism from her. She expects so much from you, and you had better deliver because she doesn’t suffer fools gladly. She was a mother, mentor, teacher, everything. She has been in the arts for so long; she played Orukorere in JP Clark’s first play, ‘Song of a Goat’ in the 60s. If you check the book, you’ll see her name there. She was also part of Steve Rhodes Voices. It’s peculiar that she passed on Steve Rhodes 94th posthumous birthday. Everything said, she lived a well-fulfilled life.”

She invested in me

He said: “I met Mummy in 2005 as a member of the Crown Troupe of Africa at one of her art projects, Macmillan Literary Night. I was just about one year into professional acting and performance when she spotted me. Until today, I still wonder what she saw or what exactly attracted her towards me. She was a Matron in our organisation, and from then on, we recorded many achievements, one of which was the Lumina Foundation Literary Award.
“In 2006, with Promise Ogochukwu, Mama wrote a short play called ‘Belleful’ specifically for me as an actor. When she brought it to the rehearsal space, she said she had Joshua Alabi in mind when writing because she had seen my interpretation of a berserk Igbo man whose daughter’s hands had been asked for in marriage in the play ‘Eko Dialogue’ at the National Theatre. With Mama’s character, ‘Bonny’ in ‘Belleful’ which I played at that year’s edition of the Macmillan Literary Night, my acting career took an amazing turn. Mama made me love reading all over again and invested the greatest of all asset, time, into everything I embarked upon. Years later, when we started our organisation, Kininso Koncepts, she was there until she breathed her last. 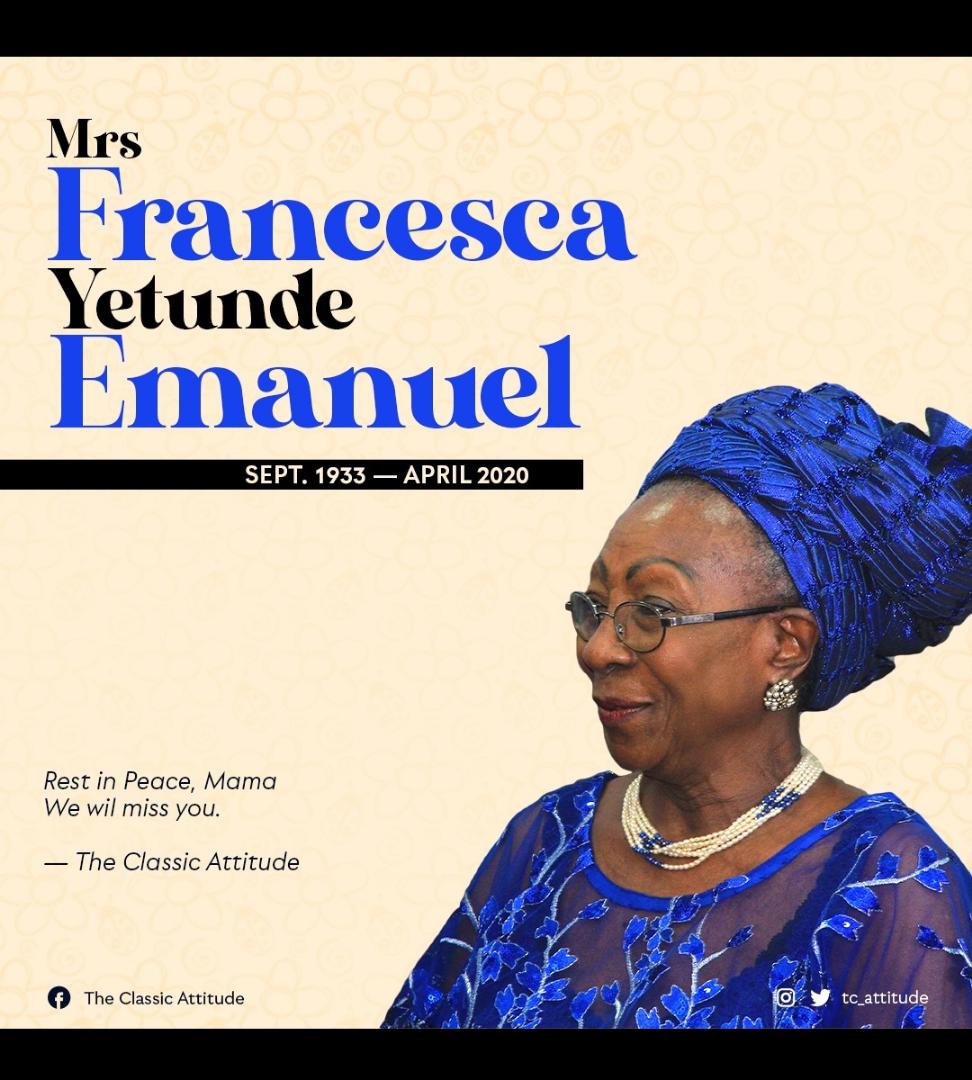 “Last year, she attended the premiere of my first feature film as a director ‘Cluster’ produced by Tunde Adegbola, and she was gorgeous as always. She had a very great sense of humour. After the film, she teased me about being a ‘woman wrapper’. She asked if I had any experience as a rapist because I did a fantastic job raping the character of my co-actor Kehinde Bankole in the film. She also made me see why there has to be a second part of the film, how explicit its artistic and social context was explored. A week after, she invited me to the house and handed me a cheque of N50,000 in appreciation of a job done well. She then nominated her son, Mr Duro Emanuel, to join the Board of Kininso Foundation due to her health.

“I will miss Mama dearly. A very sad part is, she had called me about a month or two ago to check on the company and our plans for the year. Also, she reminded me about our previously discussed interview where she intended to talk about her life as a girl child, growing up, the decisions she made and how they changed her mindset. Importantly, she told me in bits her encounter with Wole Soyinka at the University of Ibadan and wanted us to put it on tape. Mama and Prof worked together on almost every project. I was opportune to see the magic they both were able to bring and the impact on the lives of young art-makers like myself. Sadly, I was so busy and couldn’t see Mama to finish up this interview. I have missed a very rare opportunity.

“It’s disheartening that you had to leave, Mama. You lived well, and I miss you always. Her last words to me ‘Joshua, don’t strive to be rich. Create value and impact lives and wealth will never leave you for one day.’ Rest on, Maami.”

Born on September 19, 1933, in Lagos, Mrs Emanuel studied Geography at the University College, Ibadan (now University of Ibadan) and the University College, London. She was the first female Permanent Secretary in the Federal Civil Service (the late Mrs Folayegbe Ighodalo had earlier been Permanent Secretary in the old Western Region)
Apart from an illustrious career in the civil service, Emanuel was also a strong player in the arts. She was a soprano as well as an actress. Emmanuel was a founding member as well as a member of the Board of Trustees of the Musical Society of Nigeria (MUSON). She has been Grand Patron of the Association of Nigerian Authors, Lagos Chapter (since 1995), Patron of Nigeria Guild of Dancers since 2001, and was Chair, National Film Festival, 2002 to 2003 among others. She died on Wednesday aged 86.

2020 Ake Festival Will Hold Online Due To Coronavirus