Fresh from being named into TIME 100 Next, a new expansion of the TIME 100 list of the most influential people in the world, and having her works on display at the 58th International Art Exhibition – La Biennale di Venezia these are certainly the best of times for Njideka Akunyili Crosby. Olamilekan Okeowo in this report takes a look at her career, her work and writes.

Early life and foray into the world of arts

For Njideka Akunyili Cosby, her foray into the world of Art was pre-destined. She was on her way to Medical School when Art discovered her. After her graduation from Swarthmore College in 2004, where she studied art and biology as a Mellon Mays Undergraduate Fellow, she was at first getting pre-medical requirements to pursue a career in medicine before deciding to pursue art, since then, she has not looked back. After her degree from the Pennsylvania Academy of Fine Arts where she earned a post-baccalaureate certificate in 2006, she later attended the Yale University School of Art, where she earned a Master of Fine Arts degree.

Collection of her works

Career as an artist

After graduating from Yale in 2011, Akunyili Crosby was selected as artist-in-residence at the highly regarded Studio Museum in Harlem, known for promoting and supporting emerging African artists.

During this residency, she met her mentor, New-York based artist, Wangechi Mutu. She spent her year of residence experimenting with drawing, figure painting, studying contemporary art, postcolonial history and diasporic studies. In 2015, Jamillah James, a former Studio Museum in Harlem curator and at the time, assistant curator at the Hammer Museum in Los Angeles, organized Akunyili Crosby’s first solo exhibition at the Hammer Museum. That same year, James organized another exhibition of Akunyili Crosby’s work at Art and Practice in Los Angeles. Akunyili Crosby has been represented by Victoria Miro Gallery since 2016 and by David Zwirner Gallery since 2018. 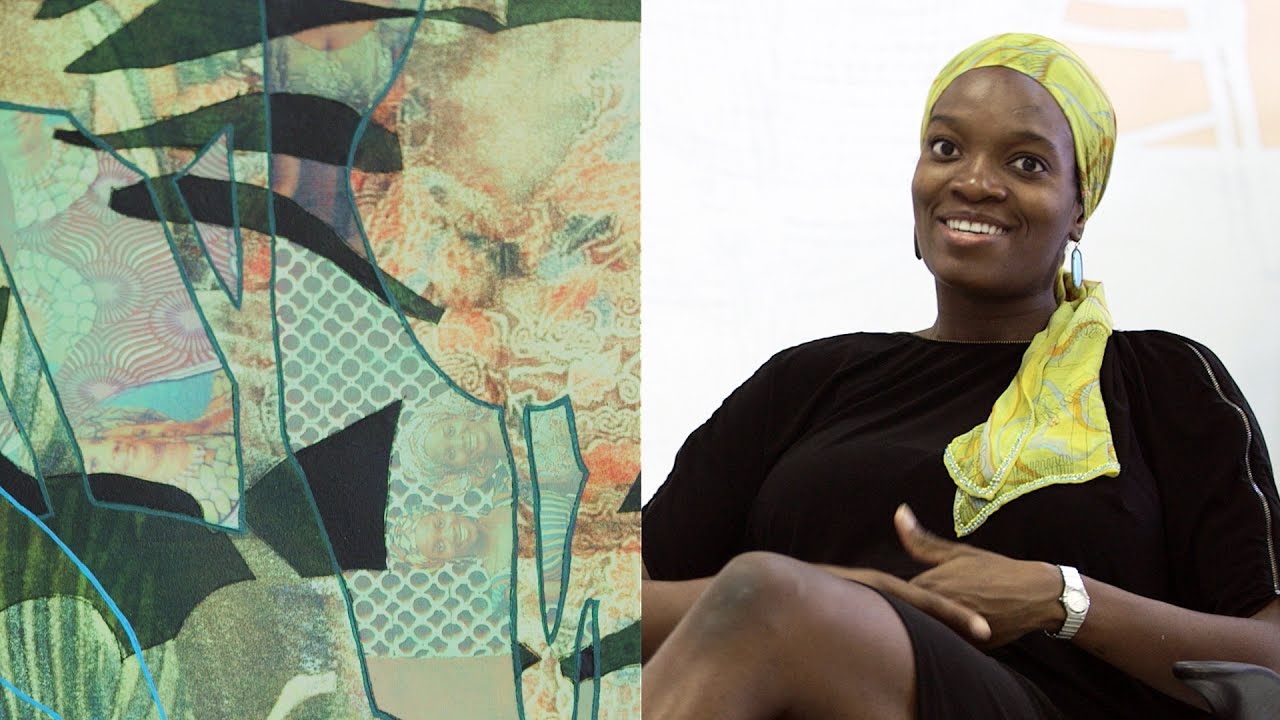 Demands for Akunyili Crosby’s work has continued to rise exponentially and this has reflected in how much collectors are willing to pay for her works. In 2018, she featured in Nathaniel Kahn’s documentary “The Price of Everything” where she discusses her career and attitude to her art market. This culminated into one of her painting “Drown” being sold at Sotheby’s contemporary art auction in November 2016 for $900,000. In March 2017, another of her work titled The Beautyful Ones was sold by a private collector for $3 million at Christie’s in London.

Akunyili Crosby believes her style is derived from pop culture, personal experience, and western academia. She also believes her work cannot be characterized as either American or Nigerian. Her style is described as a fusion of collage and acetone-transfer prints, creating a fabric of images throughout her paintings. Her primary mediums include collage, photo transfer, acrylic paint, charcoal, fabric, and coloured pencil.

For her exploits and a huge talent, the recognition and rewards have been equally torrential. In 2016, Akunyili Crosby was named Financial Times Woman of the Year, in 2017 she won the MacArthur Fellowship Genius grant, in 2018 she designed the mural that wrapped the Museum of Contemporary Art, Grand Avenue, Los Angeles thereby becoming the second artist to create a mural for the site under a new initiative by the museum. Just a few weeks ago, she was named in the first-ever TIME 100 Next, a new expansion of the TIME 100 list of the most influential people in the world. The list highlights 100 rising stars who are shaping the future of business, entertainment, sports, politics, health, science and activism, and more.

As her work continued to gain worldwide acceptance, Akunyili shows no sign of slowing down.