Some six years after Uche Nwokedi and Bolanle Austen-Peters, re-introduced musicals to the Nigerian stage with ‘Kakadu’ and ‘Saro’ respectively, people are not tired.

Back in 2013, when the two producers premiered their lovely productions, they wouldn’t have imagined how hot musicals would become in Nigeria.

They have now become so popular that other producers have since 2014 joined the train with equally delightful musicals. Indeed, hardly does any Yuletide season pass without theatre lovers having the times of their lives with the productions that further affirm the ingenuity of Nigerian producers.

What’s more, the musicals had willing sponsors in corporate bodies, including telecoms companies and banks who were unstinting with their support and who helped in providing a variety for theatre buffs. 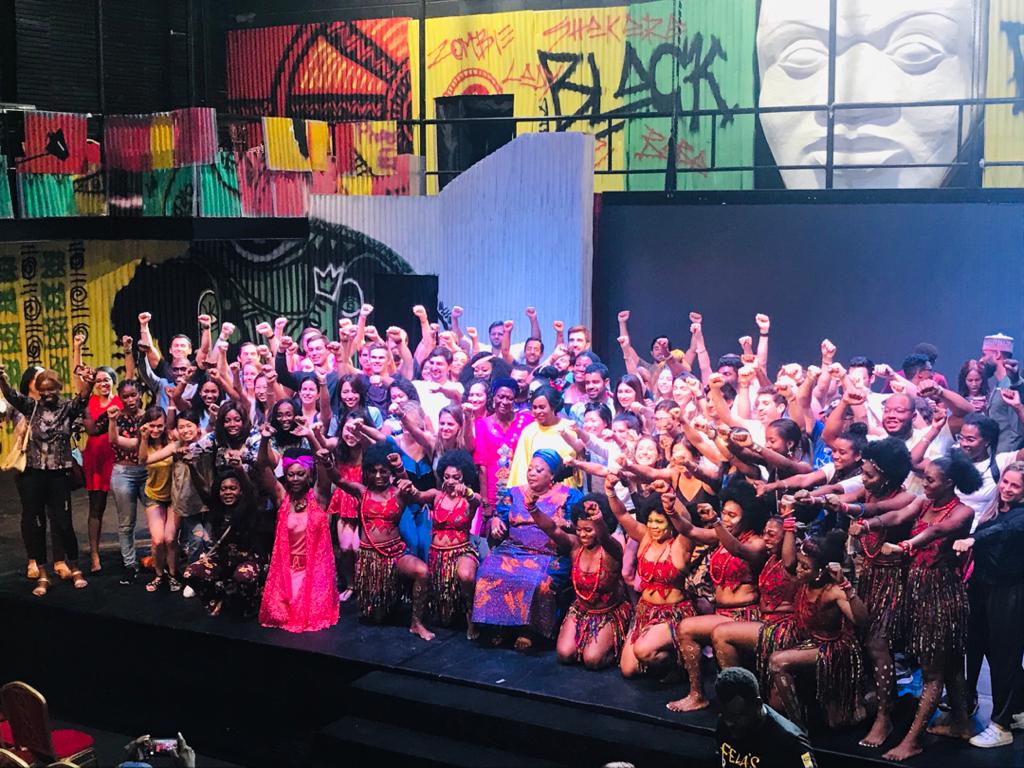 Like previous years, 2019 and the first week of the New Year was the season of musicals in Lagos. Theatre lovers, particularly those with insatiable appetites for musicals had their fill with about seven productions running in different venues.

They were the House of Oduduwa-backed’ Moremi Reloaded’; Doyenne Circle’s ‘Ada The Country’; Ajibayo Akinkugbe Foundation’s ‘Mamma Mia’ and Bolanle Austen-Peters’ ‘Fela’s Republic and the Kalakuta Queens’. Others were ‘Bintu’ which ran earlier in December; DeClassical Arts and Entertainment Company’s ‘OMG’ and Joseph Edgar’s ‘Emotan’.

While ‘Moremi’ celebrates the eponymous heroine of Ile-Ife, ‘Ada’ is about how the survival of an unfortunate woman drew the sympathy and support of other women.

‘Emotan’, which showed earlier at the 2019 National Festival for Arts and Culture in Benin City, Edo State was well received by theatre lovers in Lagos when it ran in December. Though not wholly a musical like the other productions, the story of the active market woman-turned deity in the ancient Benin Kingdom, had abundant music and spectacles.

Theatre buffs also raved about ‘Mamma Mia-The Musical’ (Lagos edition) featuring songs by the acclaimed group, ABBA. Producers Soji Akinkugbe and Ireti Bakare-Yusuf, and director Najite Dede, surely outdid themselves and can’t afford to lower the bar whenever the production returns. The sight of the veteran artist, Jide Kosoko (Father Alexandrias) doing the ‘Gbese’ dance step wowed many and was an online hit. 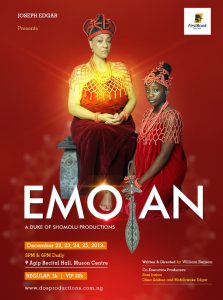 Ayo Ajayi’s ‘OMG’ which enjoyed the support of the MTN Foundation like ‘Fela’s Republic and the Kalakuta Queens’, also had a good outing. The fantasia based on the exploits of three eminent Nigerian women activists; Olufunmilayo Ransome Kuti, Margaret Expo and Hajiya Gambo Sawaba, might return around the 2020 Independence celebrations, according to Ajayi.

Austen-Peters also made it a delightful yuletide for many with her continuous exploration of the multi-dimensional story of Afrobeat icon, Fela Anikulapo-Kuti. Her ‘Fela’s Republic and Kalakuta Queens’, was commended by the public, Fela’s family members and fans of the maestro.

Little wonder then that sponsors, mindful that the musicals are the new attraction for the public and aware of the exposure they would get, generously supported the productions. However, their support was not entirely selfish. It further contributed to the sustenance of the creative eco-system as the whole value-chain benefitted in the long run. On the whole, it was a memorable yuletide for all concerned. The only issue that stakeholders have to work around now is having the productions consistently, not on a seasonal basis.