The overall purpose of this essay is to study how those who participate in the Afrobeats music scene communicate their identity via social media platforms by maintaining an online presence in which they would use to express themselves and in doing so representing the wider community that they are a part of.

This essay will gather evidence through examining multiple collective research within the field of media, music and cultural studies and deconstructing peer reviewed articles in order to gain a clearer idea of the various identities within the chosen scene.

Participants in a scene usually use social media to communicate their identity to the rest of the world but in the case of Afrobeats, it could be argued that they are communicating much more than one singular identity but the personified identity of a nation in order to renovate the pre-existing ideology of Africa. It is important to mention the difference between the terms Afrobeat and Afrobeats as this essay focuses on the latter. Afrobeats derives from Afrobeat and is a newer genre with less academic research put into it, despite this I have chosen to focus on this scene as it has more of an engaging online presence than Afrobeat as it arose simultaneously during the rise of social media.

Previously in the western eye, any form of black music had been grouped together and erroneously categorised as African-American, however not all Africans are American. Another example is how RnB has been persistently linked to African Americans but it is not only African Americans who have made music in this category yet in the past it was hard to distinguish the differences, leaving some unrecognized (Brackett,D,2005,p75). 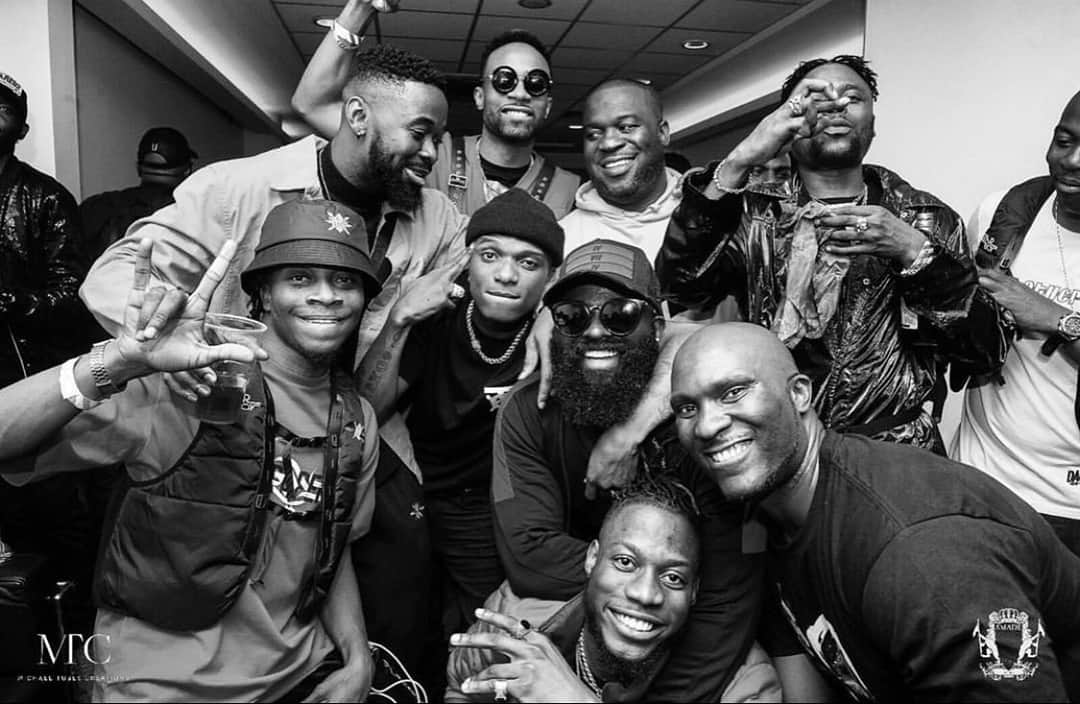 This essay focuses on those from Africa and the UK who formed Afrobeats and thereby created new identity in the black music realm.

The Afrobeats scene came to formation in the UK with the help of African Britons, more specifically Londoners who were just learning how to embrace their culture. According to my own research involving ethnography and an unstructured interview with legendary African DJ, Abass Tijani aka DJ Abass; the early 2000s saw Africans in the UK struggling to embrace their identity in terms of culture as what was seen as ‘cool’ by the public eye did not include them. Because the black diaspora in Britain today is quite young in comparison to places like the US, they are bonded more by the experience of migration rather than the experience of slavery (Gilroy, P, p83).

I mention this because it puts into perspective the birth of Afrobeats in relation to identity, the majority of young blacks in the UK today are either direct immigrants or children of migrants. They have a close connection to their country of origin; music brings a sense of belonging and something to relate to. With the rise of social media from 2006 onwards, the international market became more accessible therefore connecting cultures, it suddenly became cool to be African and it all started with the music and then the movies, food, dance and fashion slowly crept in afterwards.

Afrobeats also encourages fans to form a political identity as artists help to promote those who are running for a political campaign in order to identify with the youth and gain popularity.

Traditional Afrobeat songs ‘serve the function of social control which are topical and appropriate to a given community either to praise or abuse the actions or inactions of those in power while unfolding important happenings in the daily life of the society.’ (Adewumi,A,p220). Afrobeats artists like Burna Boy showcase this with songs such as ‘Collateral damage’ providing an insight into his political opinions.

Those who participate in a scene are usually able to identify with the cultural aspects that scene personifies. This paragraph will depict what it means to create an online identity in this generation; as well as the common traits that one tends to embody as a participant in the Afrobeats scene. The first step to breaking down the relationship between social media and identity within the music realm is to ask the question; what is musical identity? As there are numerous ways to answer that question this essay will refer to Georgina Born’s modes of identification model. Born argues that ‘music materializes identity’, in reference to this statement that would propose the idea that participants; meaning artists in this context, would build their social media identity as an extension of their musical alter ego. This would insinuate that whatever message they are attempting to convey in their songs will most likely be visualised in pictures or videos that they share or even how they dress and talk. Born’s research answers the question of how ‘social identity formations may be refracted in music, and how musical genres can entangle themselves in evolving social formations’ (Born, G,2011, p377).

An example of this can be seen in the recent increasing collaborations between American artists such as Drake and Beyoncé and how their personal journey of finding themselves and becoming more involved with their culture led to evolutions in their musical artistry. In an interview with Tidal, Drake states ‘I’m inspired by music all over… Afrobeats has become one of the biggest genres in the world’. His song, “One Dance” with Nigerian artist Wizkid, was released in 2016 and many argue that it was responsible for the popularization of Afrobeats as a genre worldwide. In Beyoncé’s ‘Hold up’ and ‘Spirit’ music videos she identifies with Yoruba goddess Oshun by using visuals aspects such as water and bright coloured clothing which supports the ideology that Afrobeats is not just about the music but also the culture.

Butler states that ‘the self is performative, presented by citation and repetition of discursively given norms, categories, stereotypes, labels and expressions’ (Butler,J,1991/93).

This ideology of the self being a product formed from social discourse can be seen when looking at the impact of Drake’s one dance on the western music scene as the following years saw many more collaborations with African artists and Afropop infused sounds.

Goffman’s findings on how people present themselves in the context of everyday life can be applicable to online identity; ‘Information about the individual helps to define the situation’ (Goffman, 1990, ‘The presentations of self in everyday life’). The situation in reference to this essay is the Afrobeat’s scene and information in this context is acquired via social media; a strong online presence resembles a strong sense of self therefore creating a loyal fanbase who can identify with their chosen individual.

Artists such as Naira Marley are often active on social media platforms, updating their Instagram and Twitter pages frequently – his fans are called ‘Marlians’, relating to the concept of fans identifying with an artist. In the case of this essay, Afrobeats artists do not just only help to define the situation but also to redefine the situation; the situation in this context meaning the African lifestyle.

In this section of the essay I will be exploring how participants in the Afrobeats scene use social media to their benefit and how it aided in the creation of the genre, drawing on information from my own ethnographic research and applying the works of different theorists. Participants vary from the artists to music producers, DJs, journalists, stylists and the fans. It is vital to stay active on social media in order to appeal to a targeted audience. Around 2006-2008 African pop slowly began to work its way into the UK. Before social media was officially the top form of communication, it would take approximately six months for the latest African tunes to get to London and another year to get to America. Social media acts as a way of delivering news and advertising (Burns,K,2009). DJs were the original form of social media in the music scene, the rise of social media bridged the gap between continents and communities. Born proposes that ‘music animates imagined communities, aggregating its listeners into virtual collectives or publics based on musical and other identifications’ (Born,G,2011, p381). In this scenario, music did not create an imagined community but instead brought various scattered communities together to form a new sphere where common interests/tastes were being recognised amongst the black diaspora in Britain and America. The term Afrobeats became an umbrella term for UK Africans infusing African pop sounds into their own music. 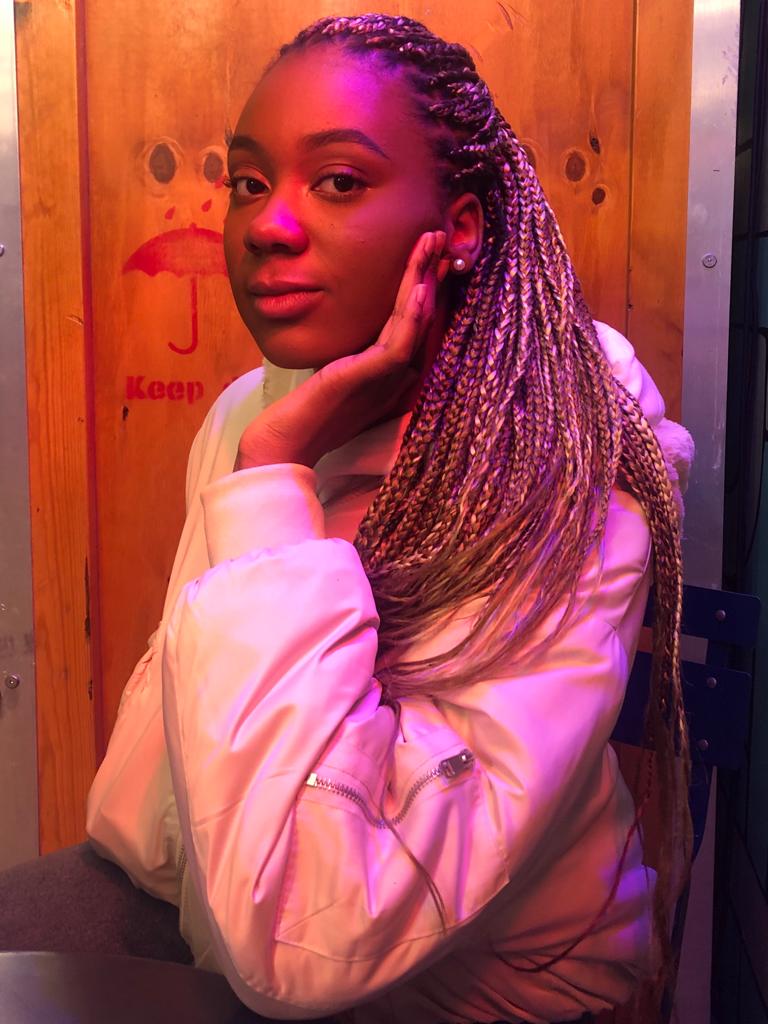 ‘The postmodern world music commodification scene is dominated by surfaces, neon signs of musical heterogeneity that glow in the ever-present shadows of an expanding musical homogeneity’ (Felf,S,pp96). World music, music from other cultures have so much to offer to the world in the sense that they repeatedly bring something new to the table, this has been made ever so easily accessible due to social media; a global stage in which anyone can perform on.

The music scene was homogenous before, the same voices, same sounds. English language dominated the mainstream media whereas nowadays Spanish songs on Youtube reach 1 billion views easily. Afrobeats was birthed because of the increasing use of social media around the world. Young people are at the heart of this scene as social media itself is still relatively young. Artists like Wizkid, Burna Boy and Tiwa Savage have some of the biggest fanbases in the Afrobeats industry because they are relatable to fans seeing as they came from the same places as them; not overseas and not necessarily that wealthy to start with, which is inspiring to many young people in Africa who may wish to escape their current reality. The song and video for ‘Ojuelegba’ by Wizkid is a primary example of this with lyrics such as ‘dem dey pray for blessing, for better living’ and the video being shot where he grew up in Nigeria. Witte explains how Afrobeats is a source of empowerment not just for the participants in Africa but for people all over the world ‘from African-ness as a source of shame and oppression to African-ness as a source of coolness and empowerment’ (Witte,M,2019).

This feeling of empowerment leads to more streams and sales which demonstrates how social media acts as a powerful tool in order to reach to a wider audience and change the perspective of Africa. 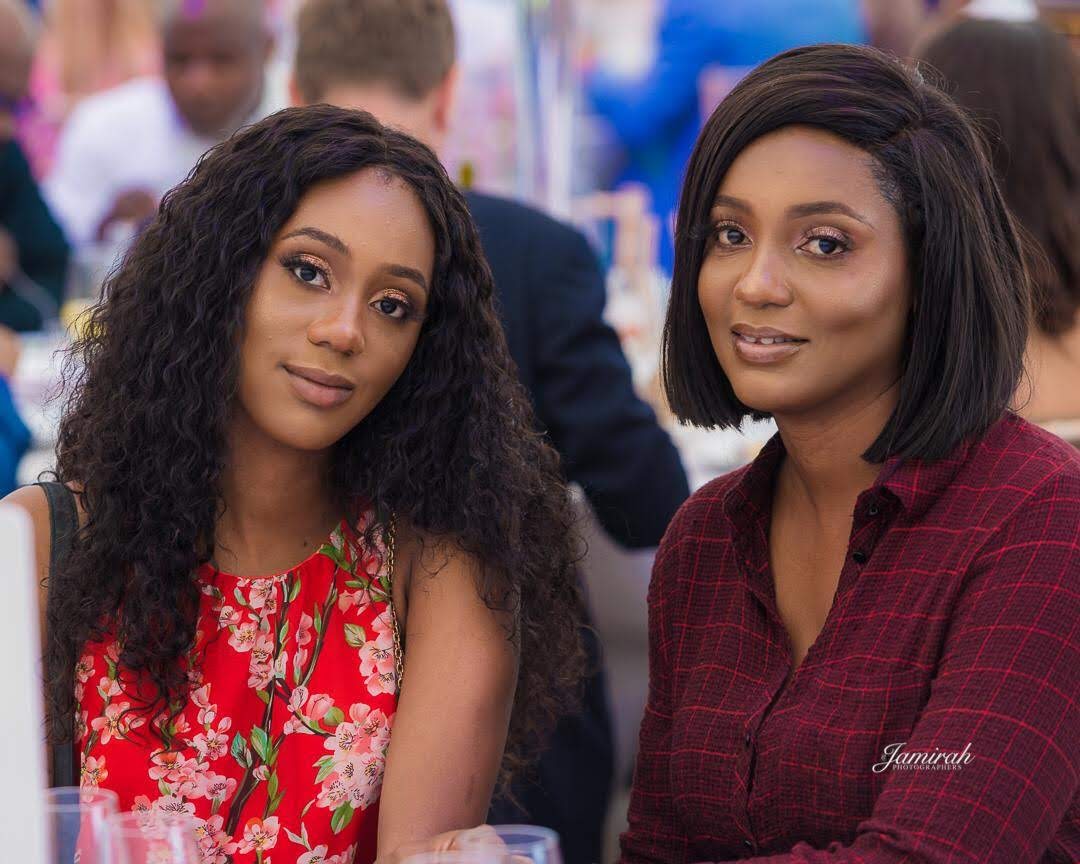 An issue I faced whilst researching this scene was the lack of academic writing on the topic. The majority of the research that this essay refers to were written by white authors and do not go into detail on non-western scenes and their impact on social media. They also fail to completely recognise the identity of a non-western scene for the very fact that they can simply not identify with the scene and its influence. There is a huge difference between understanding statistics and facts as opposed to gathering ethnographic, authentic information from the various sources of the scene.
Afrobeats is fairly new and not all Africans are yet comfortable with the new genre as they feel it downplays the original Afrobeat genre. Social media shaped a cultural movement that formed a cultural identity within the African diaspora. Africans overseas started to proudly claim their African identity and the Afrobeats movement became a cultural statement to many. Social media is a global online stage, communicating identity is like putting on a performance and entertaining the other participants in a scene.

a student of Law and Media at the University of Sussex, UK, is the Producer /Presenter of Kiisi Lee Show