Nigerian gospel singer, Tope Alabi, has reacted after being called out on social media over her “Zanku” dance steps in a video that has gone viral and attracted mixed reactions.

The video was recorded last weekend at a special praise programme organised during the final burial ceremony of the gospel singer’s late father.

While reacting to the video in an interview on Television Continental’s ‘Wake-up Nigeria’ on Thursday, Mrs Alabi who will be 50 this year explained that she needed the dance at the time.

According to the gospel singer, she was dancing at her father’s burial and people with “spiritual eyes” will understand what it means to bury one’s father. 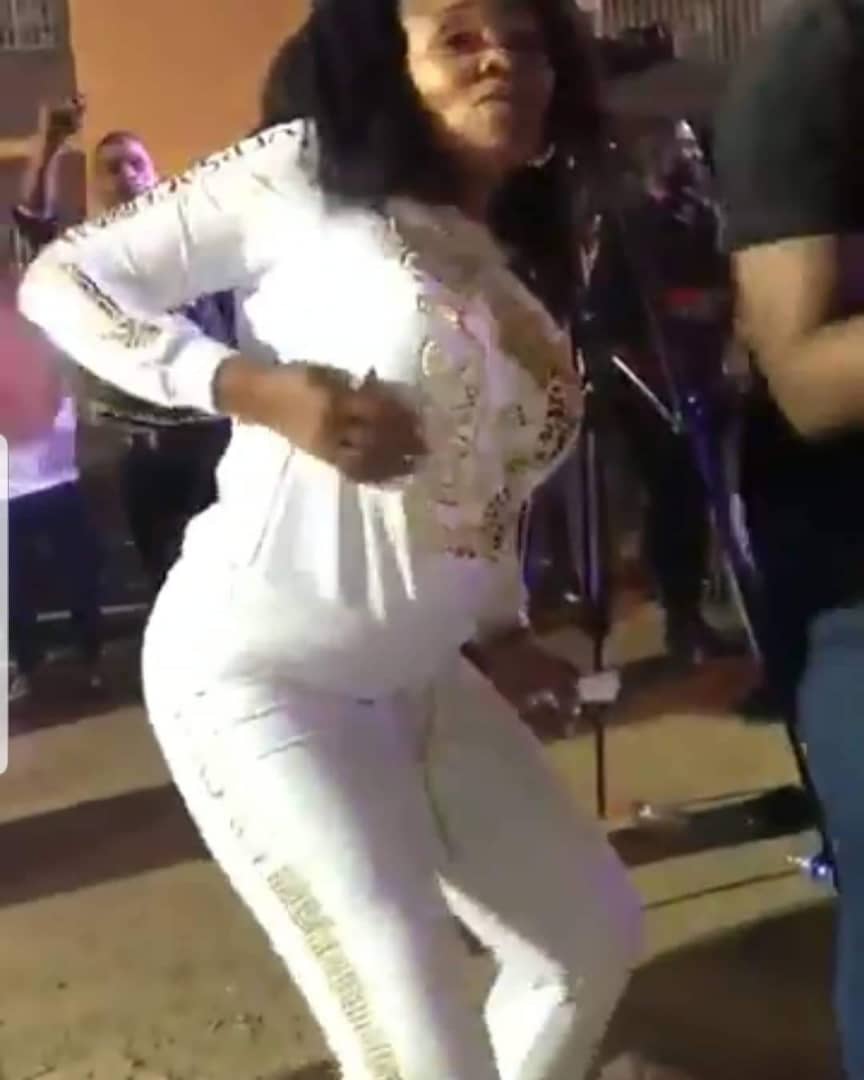 In her words: “I needed that dance. It was at my father’s burial. The praise concert was organized by other gospel artistes for us to worship after the wake. It is not easy to bury your father. Some people die before their parents. If you are spiritual, you would understand that dance was needed.”

However, social media users have been divided over the video. While some expressed indifference, others expressed distaste at the video, considering that Alabi is a gospel singer. Those who feel offended argue that the singer’s mid-riff was slightly exposed at a point and the tight-fut Versace designer clothe she wore hugged her body in a “non-Christian way.”

A facebook user who posted the video captioned it: “This is Evangelist Tope Alabi o. What is this world turning to for God’s sake? The Tope Alabi I knew 10 years ago was not like this o.”

An Instagram user @kikachijoy wrote, “Maybe if she had worn an agbada to dance same dance, you all wouldn’t be criticising her, leave her to dance her worries away… you never know the reasons behind her dance… Ask King David in the Bible.”

Another user @Victorogben_jakpa posted: “She didn’t do anything wrong. People will always be people and say whatever they wanna say. She danced and gave thanks to the Most High. Even Dawid (David) danced with reckless abandon to the Lord and he was mocked for it. Dance na Dance jur.”

With her husband as her manager and producer, Mrs Alabi has been a constant factor in the gospel music scene after branching out of the Yoruba home video industry where she acted and earned a living singing and producing soundtracks.

She was engulfed in a scandal some years ago when her close relationship with the controversial prophet, Biodun Ajanaku, was in the news.

She denied having an affair with the man. The prophet later died and Alabi moved on to release several hits that have endeared her to millions of fans and earned her a collaboration with T.Y Bello, with whom she produced “Logan ti o de.”

Anthology: ‘Wreaths for a Wayfarer’ Published in Honour of Pius Adesanmi

90 cheers for the matriarch of children’s literature

Burna Boy To Perform at Global Citizen’s ‘Together...

Soul Music Can Heal Us, And Ife’s Music...

In the studio with Lemi, Fela Kuti’s Afrobeat...

NECLive8 postponed due to Covid-19

Night of fun with Phyno at TRACE Live

Netflix’s big bet on Africa kicks off with...

Nollywood As Handshake Across The Niger