As an alternative to the very congested roads in the commercial hub of West Africa, global ride-hailing firm, Uber, has launched a pilot test phase of a boat service to help commuters avoid traffic on the roads. 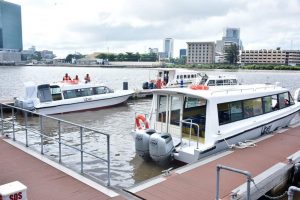 To beat Lagos traffic, a city with an estimated population of about 20 million residents, all you need to do is book your trip 24 hours in advance using your mobile phone or other smart devices and head out for a ride through the waterways.

UberBOAT is a pilot phase scheduled for two weeks and will operate four trips on weekdays within a fixed route (Falomo to Ikorodu), carrying up to 35 passengers on board. 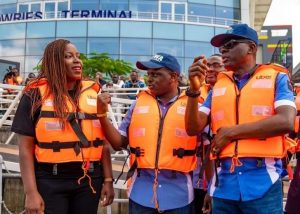 Uber said in a statement that the initiative is aimed at providing commuters with an easy and affordable way to get in and out of the city’s business districts.

The service is operated in partnership with a local boat company, Texas Connection Ferries and the Lagos State Waterways Authority (LASWA).

The Uber boat service, according to Lagos state governor, Babajide Sanwo-Olu, and the use of waterways generally, were part of his administration’s initiatives aimed at reducing congestion on Lagos roads.

The service was first launched in Cairo in 2017 and in Mumbai last January.

22 Years Without Fela: Who Will Now Sing For Us?

From Kennii Ekundayo, a beautiful exposition