22 Years Without Fela: Who Will Now Sing For Us?

How time flies…even the passage of the most illustrious amongst us will come and go like beautiful a flower in a windy forest…only hardened devotees, blessed with great drive and passion, may lay some landmarks, physically or metaphorically, to memorialize their legacies.
October 15, 2019 marks what ought to be the 81st birthday of Africa’s incomparable musician, avid social raconteur and creative iconoclast, Fela Anikulapo Kuti. From Monday, a week-long, multi-tiered ceremonies dubbed “Felabration” will, once again, churn out colourful feast of music, talk, drama, culture and more, as tribute to a genuine magic-maker who fell to the consequences of his exuberance 22 years ago on August 2, 1997.
Below is an article written the same month and year of Fela’s demise, lamenting what the writer foresaw as a future filled with criminally deafening silences in lyrical advocacy and protest performance – the likely scarcity of a twangy voice unabashedly loud on behalf of the mass of voiceless Nigerians. 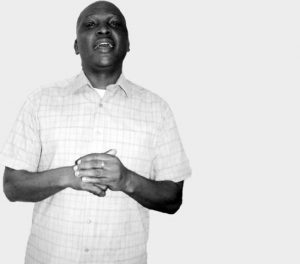 As Felabration rolls through time between Monday, October 14 and Sunday, October 20, it is perhaps a great opportunity to ask again: Who else, amongst the plethora of singing gems, can stand on the side of the people and splash truth and sense on the placid faces of irresponsible and self-indulging leadership?
–
“People! All sorts. The Good. The Rough. The Naive. All sorts. At the sunset of Africa’s revered iconoclast, the several shapes and shades of humanity were fully represented.
It is to the glory of Nigeria and the unbended souls of our fallen African heroes that the “send-off’ of Fela Anikulapo Kuti should attract such an unprecedented turn-out of people, that even the usually sedate newspapers could describe it as “mammoth”.
In death, Fela poked his fingers in the faces of dictators, corrupt people and oppressive apparatus, all over the world. But the pain lingers for his immediate constituency – the Nigerian populace. They have lost the single most virulent voice capable of communicating their frustrations, neglect and anguish to those whose birthright includes oppression and corruption. The poor and needy of Nigeria are now deprived of a ringing voice who could put his political poetry into music and blare it into the consciousness, and to the embarrassment of the establishment. Now, there is a strange silence – isn’t there?
Do the Nigerian people have any succour in a rejuvenated voice who can step into Fela’s role? Can we begin to rejoice at the emergence of a force that will carry the crusade of Fela on wax, even without the so-called excesses of the giant? From among our legion of musicians and singers, is there one or two whose creative genie will be kick-started by the shock of Fela’s absence and the necessity for another trenchant voice in the wilderness that is Nigeria?
We took a short drive across the boulevard of Nigerian music; probing and synthesizing the landscape littered with serious pretenders, professional misfits, genuine talents and colourful lay-abouts. Of course, Nigeria is not short of musicians: every street, similar to football, has a silent star – either in a full-blown dreamland or in extended depression. But who among our “super-stars” (largely created by our exuberant music press) can muster the courage, virtuosity, mastery, consistency and tremendous knowledge of Fela?
We do not need martyrs, but we do need exemplars who can instruct us on the benefits of martyrdom. How will our history look like without the fact that during the darkest period of our national life, when the civil war was ravaging, only the then Olufela Ransome-Kuti had the nerve, audacity and gut to lambast the atrocious carnage Nigerians were turning the Igbo cities to; and he valiantly supported the secession of Biafra!
Apart from lamenting the socio-cultural inadequacies of his people as in Jeun Koku, Sakara Oloje, Roforofo Fight, Excuse O, Water E No Get Enemy, E No Possible, etc; Fela lambasted the inferiority complex of his own people, and evoked the pangs of nationalism with JJD, Lady, Gentleman, Colomentality, Why Blackman Dey Suffer, Buy Africa, etc.
Fela struck with blinding fury at the sundry governments foisted on his people, specifically denouncing their inefficiency and corruption. The catalyst of his more politically scathing lyricism began with the regime of General Olusegun Obasanjo (rtd). From 1976 till his last recorded album in 1993, he thundered relentlessly with: Zombie, No Bread, Ikoyi Blindness, Sorrow Tears and Blood, No Agreement, Suffering and Smiling, Vagabonds In Power (VIP), Authority Stealing, Power Show, International Thief Thief (ITT), Overtake Don Overtake Overtake (ODOO), Army Arrangement and Beast of No Nation (BONN).
In all his unflinching vitriol at successive blundering governments, Fela’s object of attack never folded their hands and gaped entranced by his pulsating rhythms. From 1974 till few months before his death, Fela was arrested, detained, beaten, clubbed, jailed, tortured, disgraced, abducted, thrashed by the muscles of the state – sometimes for months. He was once jailed for 17 months! In l977 alone, at the height of his confrontation with the Obasanjo regime which led to the sacking and razing of his first Kalakuta Republic, Fela was arrested and detained every quarter of the year!!
But, this is not an empty search for “shoe-steppers”, clones, imitators or “sound-a-likes”. We do not glorify confusionists, rabble-rousers, chauvinists and pseudo-critics. But who will sing for us now? Who?
Who will carry the banner for millions of voiceless and powerless souls in Nigeria? Who will dare the beasts in our rulership, and remain constant as Anikulapo-Kuti? Who will withstand inhuman treatment in the hands of brutish security personnel, with unbending and undefeated spirit? Who will be our next superstar? Who?”