My upcoming documentary about the new “Afrobeats” genre cannot be complete without the influence of Afrobeat (without the S). I was going to interview Fela’s children, Femi and Seun for the project, and of course Tony Allen, as he is known and globally referred to as the “co-creator” of the original Afrobeat sound.

We had made contact with his Team last year and planned to interview him late December when next he is in Lagos. On the day of the interview, as myself and my crew arrived at the rehearsal studio, the first quick word by his Manager was not to make the interview about Fela, because apparently “he hates that shit!”. I said I had no intention of doing so, and what I was most interested in talking to him about was the double tap kickdrum technique that he is most famous for. The Manager smiled and said “then you will be alright”.

Tony Allen is what you’ll call a funky old man. Dressed casually in a polo shirt, jeans and a cap, plus full blacked out shades for effect as he smoked his joint while we tested sound. Mindful that he thought this was just another press interview about Fela, the first question I asked him when we started was about The Good The Bad and The Queen. His face lit up, adjusted himself in the low chair and we kicked off into what was not only a fantastic sparring session about African music evolution, but an insightful dive into old and new drums progression and yes, about Fela (he was the one that brought it up). 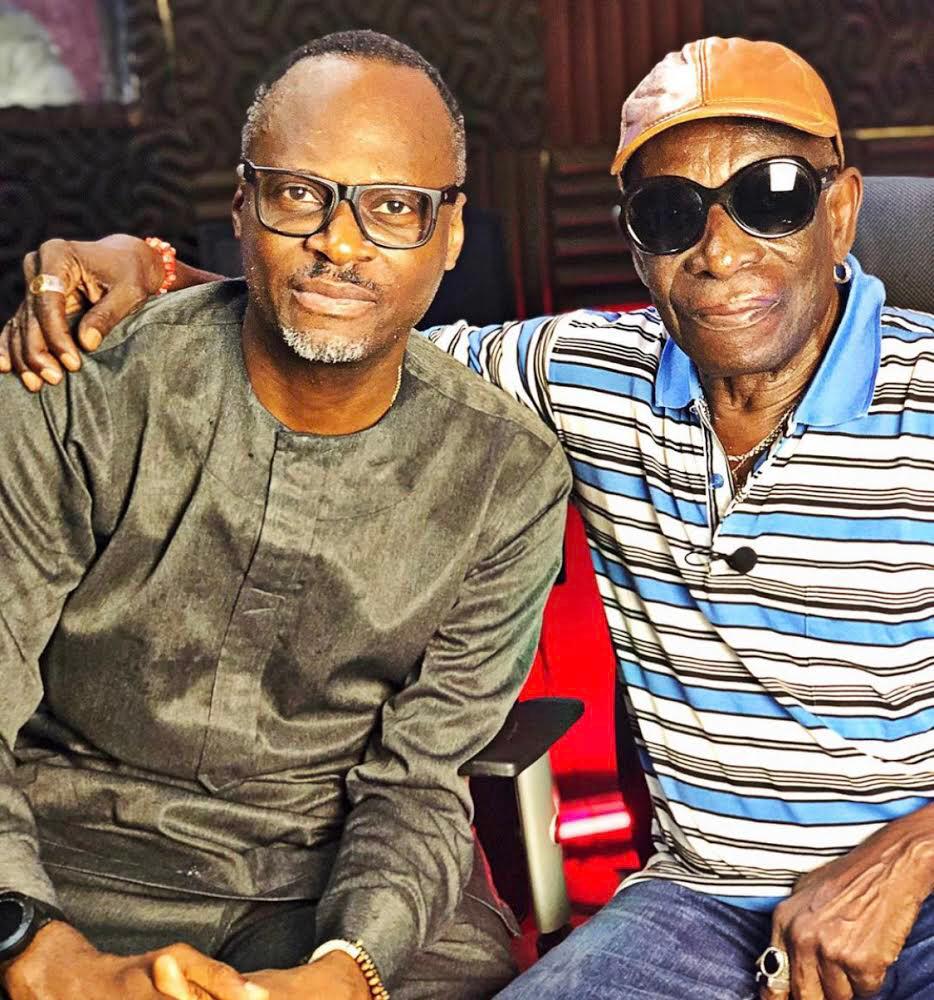 From everything I had heard previously about Tony Allen, what I found was a deep thinking old man who says what he means and means what he says, about everything from music to relationships, his present gigs, his future plans (which included possibly doing something with “the new guys in vogue” like Burna Boy). The Tony Allen I interviewed was funny, a little high too, but we enjoyed our conversation and even planned to meet up in Paris after I release the documentary, but I guess God knew that was not going to happen.

The Tony Allen I interviewed just months ago was fit, agile, technically sound and didn’t show any sign of any ailment, not to talk of death. The true Afrobeat community and indeed the new Afrobeats kids will feel his impact on both genres as the condolences and tributes flow in from around the world, and also from my documentary Afrobeats the Backstory coming out soon.

is a Documentary Filmmaker and an Entertainment Lawyer.