The intensity of literary works from Nigeria is incredible – Natalia Molebatsi

South African poet, writer and cultural worker, Natalia Molebatsi was among the foreign guests that participated at the third Kaduna Book & Art Festival. She performed at the opening ceremony and also at the poetry night that ended the festival. In between these, she spoke with ARAAYO AKANDE about her writings, performances, Afrophobia and why she loves Nigeria. Excerpts: 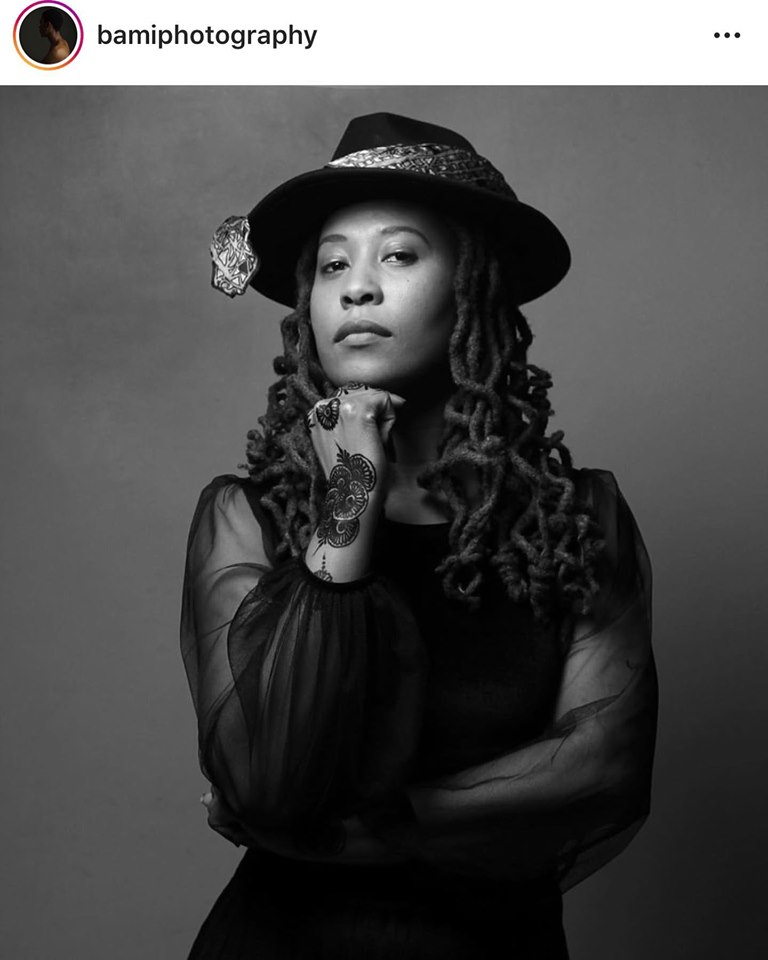 Why are you a writer?

I’m a writer because first, it’s a gift from my ancestors. I didn’t ask for it, they gave it to me and also gave me the responsibility to nurture it. When you are born with a talent, you have the responsibility to nurture it, to make sure that it becomes something else. Everybody has got talent, but it’s the way you nurture it. So, I started to read writers on the continent, black writers elsewhere, and I understood the power of words and how they enable you to travel.

Before I was travelling physically, I could go with my words and I wanted to be in those worlds. I wanted to be with those people, and also, I found myself being able to express myself. I come from a country where expression could lead you to jail or lead you to death, being a black person and a woman. When I found the currency of words, I was like what! I can use it to navigate pain and to share my joy. It was an incredible find. Every day, I’m learning what words can do, and I still don’t know the half of it.

What’s at the core of your poetry performances?

I don’t know. I get up on stage, sometimes I don’t know what I’m going to say, but I look around me, and I feel and see the energy. I need to stand there and say what’s the energy in this room? What’s this energy asking me to do? What’s the energy looking for? Then I’m able to engage. That’s what I do as a performer. 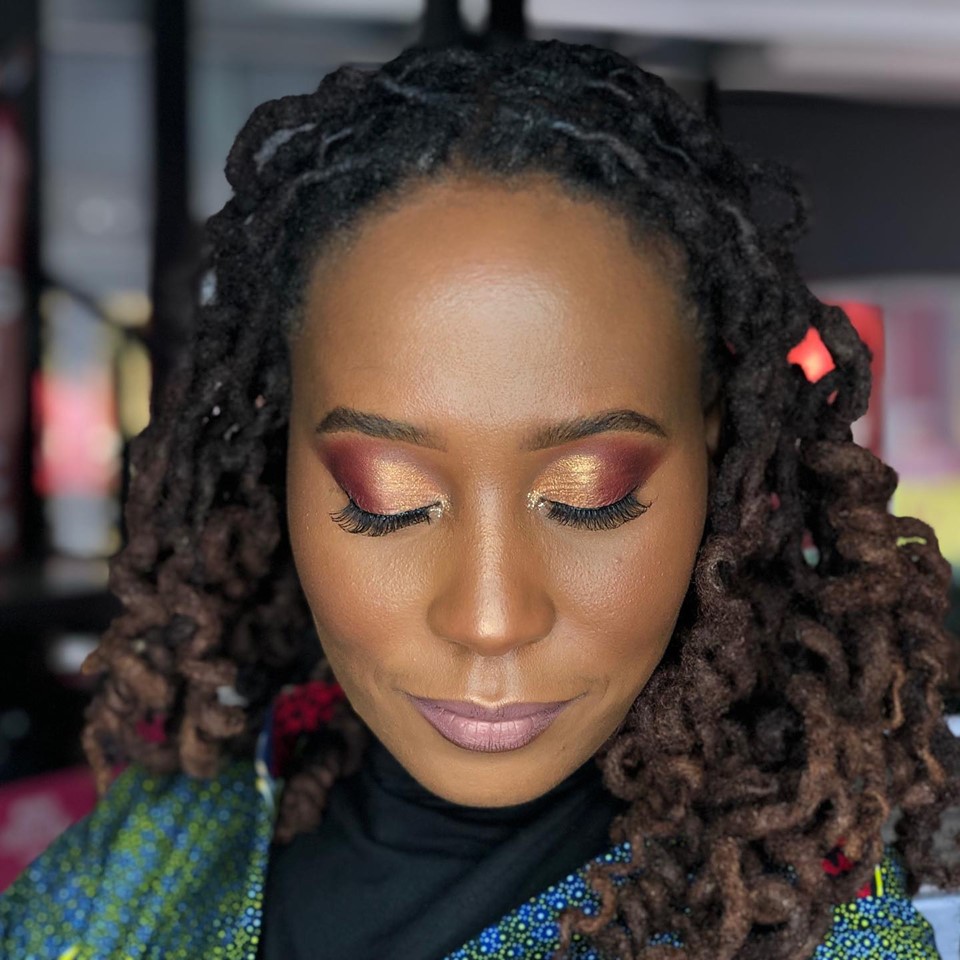 How can the literary arts remedy the perceived differences among humanity; gender matters, etc.?

I’ve always seen literature and the arts in general but literature specifically as space to see another world. Another world that may have existed in the past or another world that might exist in the future. In this way, people are drawing a picture of themselves; people imagine themselves as what they want. So, I think it’s also a responsibility and a duty of the artist to paint this world a necessary world that we all need.

Sometimes when artists write or paint, they don’t even know that society needs that. Society finds it and kind of uses it in a way that mends scars from any violence but also brings a joy that sometimes we don’t even know it exists. I find that literature and arts, in general, have this ability to stretch what we don’t know is possible. The way they can move things, to navigate and extend people’s mindset, people’s hearts. And it’s always been that role, and it’s such a magical role because sometimes we don’t know how it happens, but it’s such a delicate way of communicating and also giving communion.

Will this be able to break some negative perceptions and mindsets among people?

It will do that. As much as our people hate each other or think they hate each other, they love Fela. It doesn’t matter where you are; they love Fela. They love Hugh Maskela. Imagine setting up a concert with all these icons, the Angelique Kidjo of this world; and having them tell the people you are all Africans, you are all Pan Africanists, and even if you don’t live on this continent, it all started on this continent.

I’ve seen them do it, but sometimes the inertia becomes our leaders, our politicians have got their mindset, their structural inertia that sometimes they don’t act as swiftly and as smoothly the way we artists would. Youssou N’Dour, for example, is somebody who gives a message of love, hope and unity to everybody who lives in this world. So, somebody like that is one who can quickly mediate, but I don’t think that sometimes the people who are in the seat of power want that to happen or understand the power of that happening.

There’s another narrative that Afrophobia attacks happen when South Africans are ready to hold their leaders accountable on a particular issue; that it is a means of distracting them?

I was thinking what’s the actual meta that is happening here because I don’t believe that the so-called xenophobia is at the core of the issue. I think the meta of divide and rule is so alive. I looked at it and thought something must be happening here, and this violence is just a scapegoat. It’s a decoy, but I tell you, it works because what happens is that poor people would attack each other. These are people who live in low-end areas, working class. You don’t find that in media houses where people work together as journalists from across continents; in academia.

The people who turn on each other are poor, disposable people. If this person dies, nobody is going to write about it anywhere because this person doesn’t matter, and to top it all a person is black. Now, that takes us to the global issue of racism where whiteness has always used us against each other. 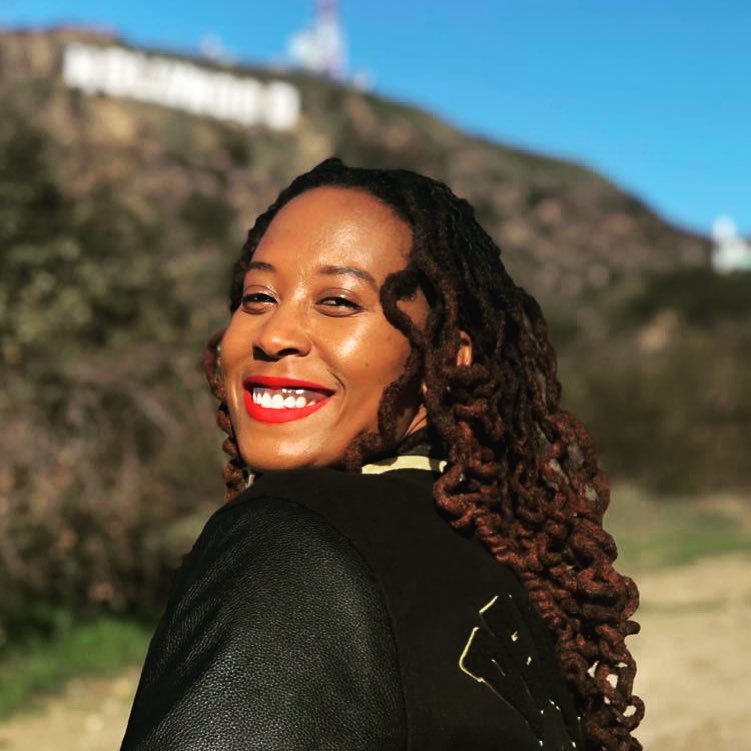 Is this your first time in Nigeria?

No! Oh my God, Nigeria is my favourite country on this continent. Are you kidding me? It is one of my favourite places in the world, so I come whenever I have a chance. It’s my first time in Northern Nigeria, but I’ve been many times to Lagos and Abuja. I’ve been to Abeokuta and Ibadan; there’s something exceptional about Nigeria.

The attraction is the brains. The intellectuals in this place have been able to take all of us from Africa to the world. The amount of work that has been produced; there’s more coming, but the intensity of the works that come out from Nigeria is incredible, and it’s always a gift to be able to immerse myself in this. And the confidence; you know how sometimes we say it borderlines on arrogance, but we need that. We need that for us to fight the global racism that happens.

When Nigerians go into that space; be it Europe, anywhere they take over. And this is why sometimes people become jealous, especially black people. They are like what are you that you’re so confident? You can be a janitor or a professor, but there’s a level of confidence that’s so attractive and for me to be able to breathe that energy, Oh, anytime, I love it!

Is that part of Nigerians’ undoing in South Africa, as alleged?

As alleged because Nigerians know how to make life and understand how to make a living, so sometimes people can be jealous. The Southern and Eastern Africans sometimes tend to be quiet and reserved as a cultural thing but also as a thing that was imposed by colonialism. But the Nigerians, they go there, they create space as it should be. But when we have been so contained; every day, it’s drummed into you that you belong there and you don’t belong elsewhere. But somebody else, your brother says no. I’m going to go and be me. It’s perceived as if you’re taking over, but actually, you’re just you.

So, I love Nigerians because they challenge oppression. They challenge spaces that say you’re black; you can’t be in here. You’re a woman; you can’t be in here. I look at my sister, Bibi Bakare-Yusuf, in the way she’s creating in the world. I look at Lola Shoneyin, and I think, oh my God, these women; that’s when we say they are taking over, but they are doing what should be done to undo the things around colonisation, around patriarchy which by the way came with colonialism. It’s those kinds of things that I see, and I love. 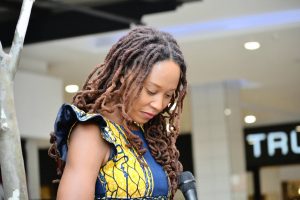 On a lighter note, is it true that South Africans are unhappy that Nigerians are allegedly taking over their ladies?

(Laughs heartily) When you look at the amount of violence that happens to the bodies of women in South Africa, and you look at who’s making that violence, it’s not Nigerians, Somalians, Zimbabweans or Ghanaians. It’s the men in South Africa. So, we are scared of them. And that’s just the truth. The two places that I fear the most for my life, for my body in the world is South Africa and the USA. I don’t worry in Nigeria. People in Nigeria say you can’t just go off by yourself, but I feel I can. And I have done it many times where I have somebody taking me, and they will deliver me safe and sound. But I have not seen that in South Africa; I’ll not go into a car with some person who is a driver. No, because the things that are happening to us are terrible. They are bad.

Apart from writing, do you do anything else?

I write, not just poetry. I write anything. I’m into strategy, everything. Not fiction though. Fiction is difficult, and I’m still learning it. I perform, I sing with a jazz band. Sometimes I dabble into photography; it’s wherever the spirit leads, but mainly I do poetry. I organise as well; I produce poetry and jazz events because that’s an essential element of not just being a writer or a performer but being able to create spaces where younger people can grow and share experiences.