You cannot imagine my fascination when I read different historical accounts on the fabled Oyo Empire. It was indeed the stuff of legend. Game of Thrones material.

Even the officers of Her Imperial Majesty who drove the final nail into the coffin bearing the remains of that empire could not but wax lyrical, and in glowing terms, about the level of sophistication that they witnessed in what was even already a withering empire.

When I was going to cover the annual Sango Festival in Oyo State for Ovation Magazine, in 2015 I think, I did a lot of background reading about Sango, Oranmiyan and other colourful characters that populate Yoruba mythology and cosmology.

The mythologies had about the same enthralling impact on my Christian mind just as if I had been reading or watching a movie about Thor or Jove or Ulysses or Athena or Zeus or Andromeda or Hercules or Achilles from Greek and Roman mythologies. 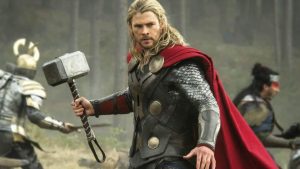 Today, the average Nigerian kid knows way more about the Roman Empire, Sparta, Alexander the Great than the Nigerian variants.

And it’s not because they learned about those foreign mythologies in history classes at school but because they have been exposed to a disproportionate amount of different media forms (documentaries, blockbuster Hollywood movies, series, etc.) portraying these stories through masterful storytelling and entrancing audiovisuals.

Search “Oyo Empire” on YouTube and see the paltry, disgraceful really, search results you get. I recall learning about Othman Dan Fodio, Bayajidda, Queen Amina, and the lot, including all those glorious Northern empires, in secondary school in Kano. Try a YouTube search of these names and see what comes up.

I mean, we have such rich histories and stories but there’s no one telling these stories. And it’s a shame. These days, you go on YouTube and see all sorts if badly written and poorly produced Nigerian movies and series with characters trying so hard to sound and look American.

Search for “Roman Empire” or “British Empire” on YouTube and see the rich library of audiovisuals that graces your sight.

I do not dismiss the role of the imperialists in damaging and denigrating aspects of those rich “Nigerian” histories.

For instance, we Christians consider Sango to be demonic but we are fascinated by, and pay to go watch movies about Thor, who incidentally is simply the Germanic variant of Sango.

Talk about being really high on the colonial cocktail. 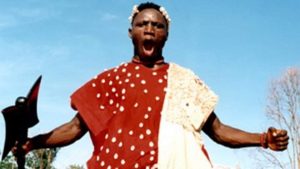 They told us our Sangos are evil but they’re raking in millions of dollars in revenue from African cinemas with blockbuster movies celebrating the European Sango.

You see Africa’s problem – we’re not proud of and do not want to own our history and we’re crying that Westerners see us as lesser beings?

Fifty years from now, my grandchildren will still go and watch another remake of Thor. By then, many Nigerian children would have never heard of a Sango.

I watched a debate on Intelligence Squared on YouTube the other day between British PM (then London Mayor) Boris Johnson and a university don about which was greater between the Roman and Grecian empires. Apart from the eloquence of the debaters, you could see the nostalgia and pride with which they sparred over the greatness of their European ancestors.

In Africa, we look back on our histories with disdain. In Nigeria, we even avoid conversations on issues surrounding our not-so-distant post-colonial history like the plague.

People forget that many of the principles upon which America and different European states are built are rooted in their shared ancestries – which were sometimes truly ugly. Democracy for example.

At one time, America went on a rampage trying to impose democracy on the rest of the world. Many do not probably know that the ideology did not originate in America.

But for us, we look disdainfully at our own histories but we will die to watch Westerners history and to gain their approval and respect.

Our journey as a people is far because we don’t even know where we are coming from.

Majek: A rainmaker and his unique augury