…says no standard film festival in Nigeria yet

Frontline producer and director, Alex Eyengho, spoke exclusively with TCN against the backdrop of his recent stage play, OLU AKENGBUWA, which received critical acclaim in the media. The Warri-born, tough-talking thespian spares no detail in also baring his mind on issues affecting Nollywood and creative industry in general:

Q: Your play, Olu Akengbuwa, was critically received, what was the motivation for this play?

***A: I have always been fascinated by historical plays because they point to us who we really were as a people (Nigerians and Africans), who we are now and who we hope to be. This was why in 2015 I came up with the idea of staging at least one historical play in a year. I started with the play, Olu Akengbuwa, which I staged in May 2015 at Warri, with the then Olu of Warri, His Majesty, Ogiame Atuwatse II, then Governor of Delta State, His Excellency, Dr. Emmanuel Uduaghan, CON, top Chiefs, politicians, business gurus and several other quality audience in attendance. After seeing the play, Governor Uduaghan requested that we bring the same performance to Asaba as part of activities marking his handling over ceremony to his successor and incumbent Governor of the State, His Excellency, Dr. Ifeanyi Okowa. Of course the Delta State Government sponsored that performance fully and we staged it right inside the Government House, Asaba. I must say that these two performances like the subsequent ones were critically received.

Q: Are you dumping motion picture for the stage finally or combining both?

***A: I am obviously combining both. There is no way I can dump one for the other. My production outfit handles stage and screen productions.

Q: Olu Akengbuwa is decidedly Niger Deltan in thrust. With other plays like Seki and Emotan, are we witnessing a kind of theatre Rennaissance from the Niger Delta?

***A: You can ask or say that again! However, what I know is that this was not planned by the producers of these plays. There was no time we met and resolved to be staging plays about the Niger Delta region. I think what you see as theatre renaissance from the Niger Delta is simply an idea whose time has come, and we are not looking back any more.

Q: Bolanle Austin-Peters seems to be giving a new verve to live theatre with her Terra Kulture, is this the much awaited model that the stage needs?

***A: Bolanle no doubt is doing pretty well in and for the theatre sector, particularly with the Terra Kulture. However, I don’t believe this is the much awaited “model” that the stage needs. Each story, script, producer and director decides on a particular model to adopt. What works for Bolanle for instance may not work for Alex Eyengho. It’s all a matter of know what you want and how best to deliver to your audience.

Q: Your play was star-studded and well publicised, did it pay off? Can a stage play, like a movie, recoup its investment without external sponsorship?

***A: I will say yes, the play paid off but could have been better in terms of the revenue streams. I believe that the producer of a stage play, like movie can recoup the investment, if properly packaged. In my view, proper packaging includes but not limited to external sponsorship. I doubt if any stage play can survive on the basis of gate taking/ticketing alone without sponsorship. Remember, a stage play is also a business investment, which should make profit.

Q: From a director’s viewpoint, is the feeling of satisfaction different after directing a play from that of a movie?

***A: Absolutely! These are two different medium of delivery. As a director, your feeling of satisfaction or otherwise in a stage play is instantaneous during and immediately after the play. In a film, the audience feedback is more delayed and may never come in a face-to-face form.

***A: Both! I am almost rounding off the post production of a film I shot about two years ago. I am also working on the next stop of my play, Abuja, first quarter of next year. This is why I said earlier that I can never dump one for the other.

Q: You were an executive member of FIAFP. A-list film festivals used to be 6 worldwide. They have now been expanded to 15 by FIAFP with only Cairo International Film Festival making the list from Africa. What’s Nigeria getting wrong as far as film festivals are concerned?

Q: What actually is the problem of Nollywood, beyond film festivals? Has the curiosity factor ended and we are now confronted with the reality that is not so pleasant?

***A: I don’t think Nollywood has any problem that is insurmountable. I have just given you my own perspective to the challenge we are having regarding film festivals. The other major challenge we are having is that of the absence of a legally binding umbrella self-regulatory structure for the industry. In this regard, the sure way forward is the proposed Motion Picture Practitioners Council (MOPICON), which has been on for over 15 years now. The last MOPICON Review Committee set up by the Minister for Information and Culture, Alhaji Lai Mohammed, did a good job and submitted the final report to the Minister almost two years ago. We are still waiting to hear that the MOPICON Bill is before the Senate. Only MOPICON can bring sanity to practice in Nollywood.

***A: I believe that Nollywood is doing far better than all these other sectors you mentioned, if you look at it holistically. You cannot compare the impact of the Nollywood brand locally and internationally with all these other branches of the creative industry. They are no doubt pulling their weight but certainly no basis for comparison with Nollywood.

Q: How did you receive the disqualification of Lion Heart from the Oscars?

***A: Sad. Disappointed. I put the blame squarely at the doorsteps of the Nigerian OSCARS Selection Committee and the Producer/Director of Lionheart. They simply did not for laid down entry rules set out by OSCARS. Their error of omission or commission have manifestly put Nollywood and indeed Nigeria to public odioum and embarrassment. That category is for films made largely (95%) in indigenous languages. 95% of Lionheart was shot in English language! It is bad enough that the producers submitted the film for that category, it is preposterous that the committee accepted it and went ahead to submit it as Nigeria’s entry! For causing us this embarrassment, the committee members, who in the first place were not transparently selected, should resign honourably and give way to more competent hands to handle things from next year. The central OSCARS in the USA should know that the OSCARS committee in Nigeria failed woefully for whatever reasons. There are not a few Nigerian indigenous language films out there that meet the OSCARS selection criteria. It was as if some or most members of the committee wanted Lionheart to be submitted at all costs. Lying to get honour always ends up in disgrace. Sadly, this disgrace was brought on the entire Nollywood and indeed Nigeria by some or all members of the selection committee here in Nigeria.

Q: Do you think we’ve learnt sufficient lessons from that set-back as to be better prepared for next year?

***A: I believe they have. However, the most honourable thing for them to do is to resign and give way for the constitution of a new committee against next year.

Q: Nollywood professionals are engaging better on whatssap groups and social media platforms but guilds and associations are struggling. Is it high time the industry revisited its engagement strategy?

***A: No doubt, the leadership of the current associations and guilds in Nollywood have under performed. I must say very clearly here that the various WhatsApp platforms can never take the of associations and guilds. The butterfly may fly but it can never be a bird. Never! However, I agree that the current industry structure must find more creative way of engaging and this is also a function of leadership.

Q: What has become of ANCOP since you exited its executive?

***A: I believe the Association of Nollywood Core Producers (ANCOP) is doing fine as much as other existing associations and guilds in Nollywood. Since I left office as the President, I have not turned my back at the current leadership of the President, Mrs. Daisy Madu-Chikwendu. She is trying her best but not immune to the general challenges currently plaguing virtually all the associations and guilds in the industry. As the current Chairman of the BoT of ANCOP, I really have no role to play in the day-to-day running of the association other than to advise.

Q: Year 2020 is meant to be magical, what are your expectations and prayers for the creative industry in the new year?

***A: I don’t know of it being magical. My expectations and prayers for the entire creative industries is that we should do better than we did in 2019, particularly in terms of the quality of our contents. 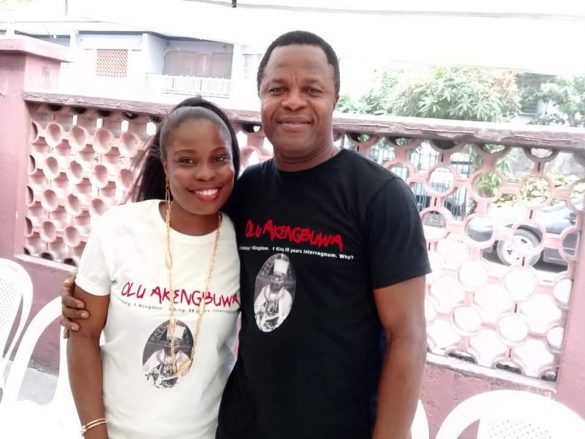 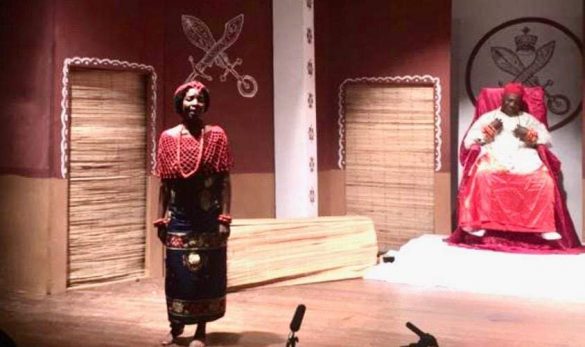 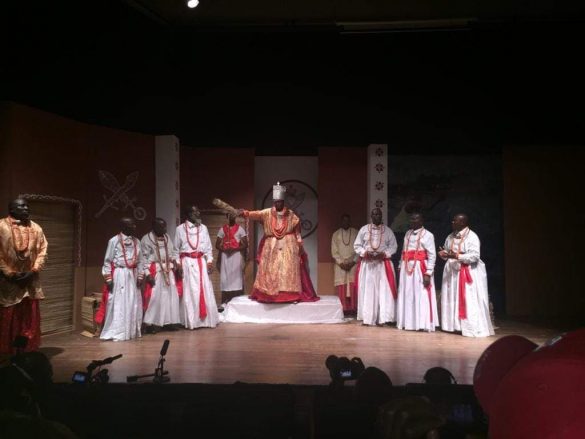 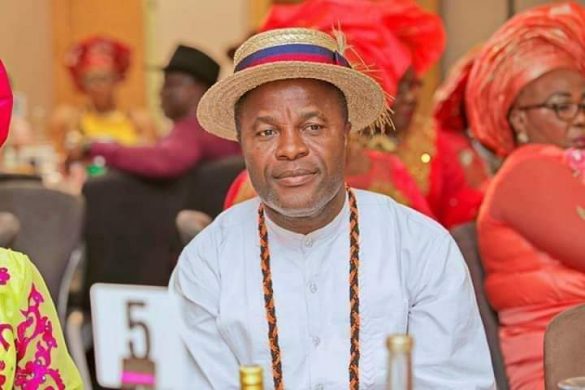 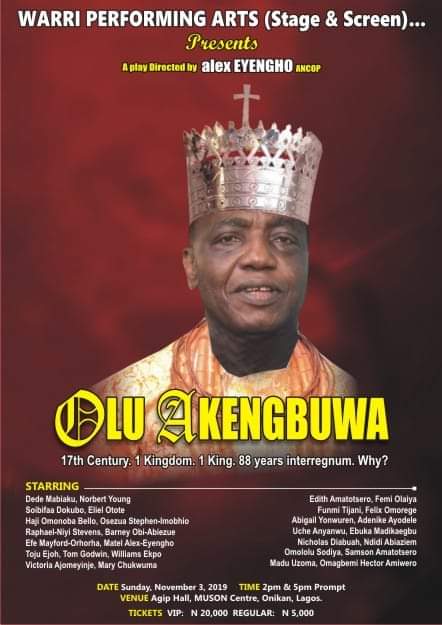 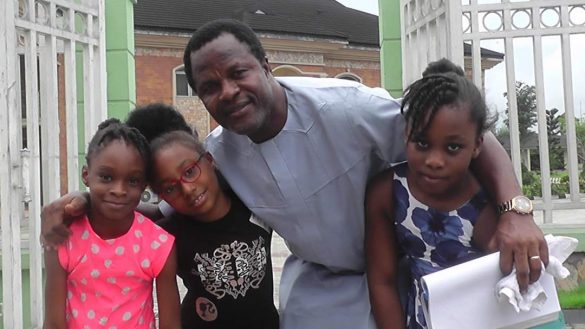 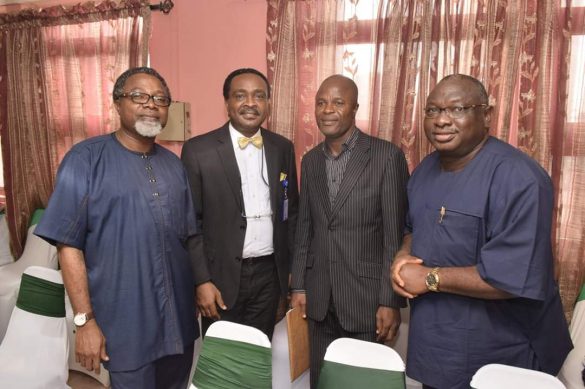 12 Most Famous Tourist Attractions in Nigeria