Five female filmmakers fight for “Through Her Lens” grand prize

From November 4-6, 2019, five pairs of women filmmakers who have been selected by THROUGH HER LENS: The Tribeca CHANEL Women’s Filmmaker Program to receive project support for their short narrative films will battle it out for the grand prize.

They will participate in the three-day immersive program with one-on-one mentorship, master classes around script-to-screen development, casting, music composition, costume design, producing and directing. Additionally, they will work with mentors to shape and refine their projects and pitches.

After the program, each pair will pitch their projects to a jury of industry experts. The winning team will receive full financing to produce their short film with support from Tribeca Studios. The four other projects will be awarded grant funds to support their films’ development.

According to Paula Weinstein, Chief Content Officer of Tribeca Enterprises; THROUGH HER LENS has provided a platform for women filmmakers to tell the stories they long to tell.

“THROUGH HER LENS has provided a platform for women filmmakers to tell the stories they long to tell, we’ve seen real opportunities created because of the program and we’re proud to continue our partnership with CHANEL,” she said.

On her part, Amy Hobby, Executive Director of Tribeca Film Institute said she is proud of the partnership with CHANEL.

‘We’re thrilled to enter the fifth year of this important partnership with Tribeca and CHANEL. This program’s impact is undeniable – many projects supported by THROUGH HER LENS premiere at prominent film festivals around the world, and the creators go on to write, direct and produce award-winning films and series” she said.

To date, past fully-funded project participants have achieved noteworthy successes including A.V. Rockwell’s Feathers (2016), which was acquired by Fox Searchlight after it premiered at the Toronto International Film Festival, and Nikyatu Jusu’s Suicide by Sunlight (2017), which premiered at the 2019 Sundance Film Festival. Last year’s main recipient, filmmaker Suha Araj for her film ROSA, is currently in post-production.

The 2019 Selected Projects and Filmmakers:

CHAMP: While travelling on a train through Texas for an away game, point guard Genevieve has an unwanted encounter with her high school basketball coach. Wielding her strategy and grit off the court, Genevieve finds a way to retaliate. 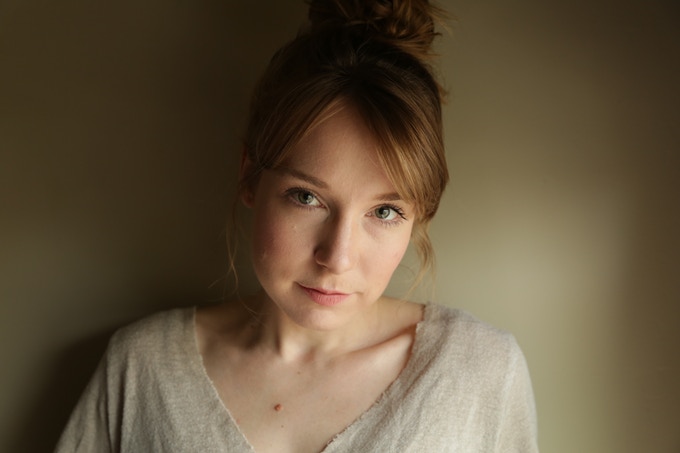 Hannah Peterson is a graduate of the MFA program in Film Directing at CalArts and has worked closely with filmmakers Sean Baker and Chloé Zhao. Filmmaker Magazine named Hannah as one of 25 new faces of independent film in 2018. Her film, East of the River, premiered at the Tribeca Film Festival and Slamdance Film Festival 2019 where Hannah was awarded the Russo Brothers Fellowship. Most recently, Hannah directed the Disney Channel series, “Shook.” 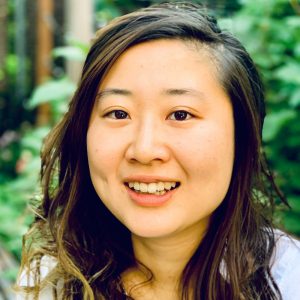 Taylor Shung is a producer born and raised in New York City. She recently co-produced Nomadland, directed by Chloe Zhao, and Mickey and the Bear (SXSW), directed by Annabelle Attanasio. Her short films have played at prestigious festivals around the world, and most recently she produced Agua Viva, directed by Alexa Lim Haas, which won the 2018 SXSW Animated Shorts Grand Jury Prize. Taylor is a 2019 Sundance Creative Producing Fellow and a producer for Borscht Corp., a film and arts non-profit in Miami.

COCHE BOMBA: Twelve-year-old Rosa loves aliens and hates everything else, including her annoying little sister Lu. When a car bomb detonates while she’s babysitting, Rosa must bring her sister to safety by convincing her that aliens have arrived to greet them. 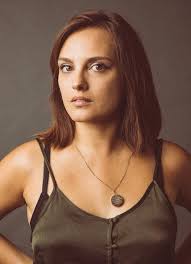 Kantú Lentz is a Peruvian filmmaker who creates films that take place in alternate realities with magical realism elements. She recently directed the short film Jack & Jo Don’t Want to Die, commissioned by the Shatterbox Anthology series, starring Justin Kirk and Olivia Edward. Kantú is an AFI Directing Workshop for Women alumni. She is part of this year’s Sony Diverse Directors Program as well as the Viacom Viewfinder Emerging Directors Program. 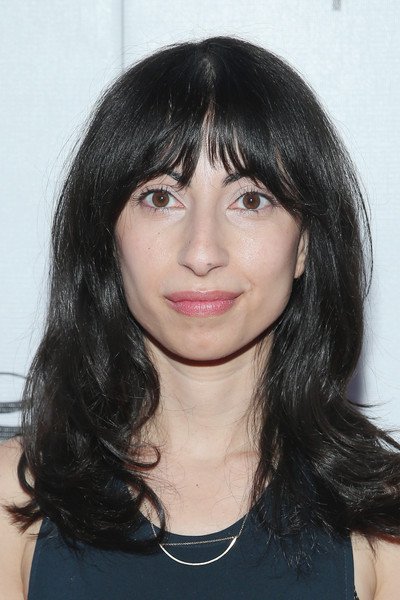 Roja Gashtili worked on the Oscar-nominated No End in Sight and was an associate producer at MTV. She produced the Refinery29 Shatterbox film Jack & Jo Don’t Want to Die. With her filmmaking partner, Julia Lerman, Roja wrote and directed Rita Mahtoubian Is Not A Terrorist at AFI’s Directing Workshop for Women, which premiered at the Tribeca Film Festival. Their short, Pinky, was a Refinery29 Shatterbox film. They have sold pilots to FX, YouTube and AMC.

KEEP IT TOGETHER: Beirut, Lebanon, 1976. May defies the terror of the civil war daily. Today, she risks her safety on a sniper-controlled street to save a cherished item left behind: her deceased grandmother’s sandals. 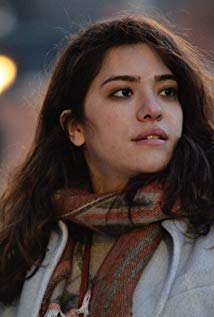 Bane Fakih is a Lebanese filmmaker based in New York City. She wrote and directed award-winning Assil and Jad, as well as Vibes, which is currently touring in international and local festivals. After completing her film MFA at Columbia University and receiving the Ezra Litwak Award for Distinction in Screenwriting, Bane is now developing her first feature Keep It Together, which was selected for the 2019 Tribeca All Access and Cine Qua Non-Lab.

Birgit Gernboeck worked on numerous films for German networks before pursuing her MFA from Columbia University. She produced Francisca Alegria’s short and won the International Jury Award at Sundance ‘17 and Darya Zhuk’s feature film Crystal Swan, which premiered at Karlovy Vary ‘18 and Slamdance ‘19 in the US. The film received the audience award at Shanghai ‘19 slowly winding down the international festival run.

MELISSA: Throughout her summer fellowship, queer theater director Cleo becomes the unwilling object of desire for her boss – a married woman.

Charlotte T. Martin is a writer who acts. Although she does not discriminate between writing projects based on the medium, her first and truest love is screenwriting. After many experiments with homegrown web series and a charmingly DIY feature (The First of Our Friends to Get Married, writer and co-director), Charlotte wrote and starred in the short Chemistry, her first partnership with Cynthia Silver. Melissa is their second collaboration.

Cynthia Silver’s filmmaking is a culmination of twenty-five years spent as an actor and director in New York City and a master acting teacher at Atlantic Acting School. Her award-winning shorts Sleep Training, Sibs, Chemistry, and the short-form series Adult are all collaborations with former students and longtime theatre colleagues. Cynthia’s most recent short The Shallow End, based on Wendy MacLeod’s one-act play of the same title, embarks on its festival run this fall.

OVER AND OVER: Evelyn is seeing troubling visions: technology infecting our food supply, wires growing out of her body, and the resurrection of creatures which humanity long rendered extinct. Everyone assures Evelyn she’s fine, but she knows she is either mentally ill or humanity’s saviour. She just can’t be certain which.

Laura Moss is a filmmaker from New York City. Her recent pilot “neurotica” premiered at Tribeca in 2019. Her previous short, Fry Day, screened at Tribeca and SXSW in 2017, as well as over 50 international festivals. Fry Day was recently acquired by the Criterion Collection. Laura’s design work has screened at MoMA, Sundance, Telluride, Berlin and in competition at Cannes. She is an alumna of NYU’s graduate film program and IFP’s Emerging Storyteller’s program.

Mali Elfman is a BAFTA-nominated producer, who began her career with her micro-budget feature film Do Not Disturb (released by Warner Brothers, 2010). Since then she’s produced many films including Karen Gillan’s directorial debut The Party’s Just Beginning and Mike Flanagan’s Before I Wake. She’s produced over 45 short films for FUN SIZE HORROR, a company she helped co-found. She recently produced the pilot “neurotica” with award-winning director Laura Moss and writer Nick Kocher (“Saturday Night Live”, “It’s Always Sunny in Philadelphia”). She has also produced numerous live events including Mark Danielewski’s “The Fifty Year Sword” at the Disney Concert Hall.

For the past 15 years, CHANEL and Tribeca’s ongoing partnership has supported and created new opportunities to give voice to the next generation of women filmmakers. In addition to THROUGH HER LENS, Tribeca and CHANEL partner on The Nora Ephron Award, which has awarded $25K annually since 2013 to exceptional women filmmakers who embody the spirit of the late filmmaker. Past recipients include: Meera Menon (Farah Goes Bang), Talya Lavie (Zero Motivation), Laura Bispuri (Sworn Virgin), Rachel Tunnard (Adult Life Skills), Petra Volpe (The Divine Order), Nia DaCosta (Little Woods), and Rania Attieh (Initials S.G.) from this past year.

Why dramatists must assign themselves roles in society – Bayo Awala