According to a report by Cinema Exibitors Association Of Nigeria (CEAN), the film which premiered on Christmas Day, raked in a cumulative revenue of ₦124,178,450 million, making it the highest-grossing Nollywood film of the year under review. 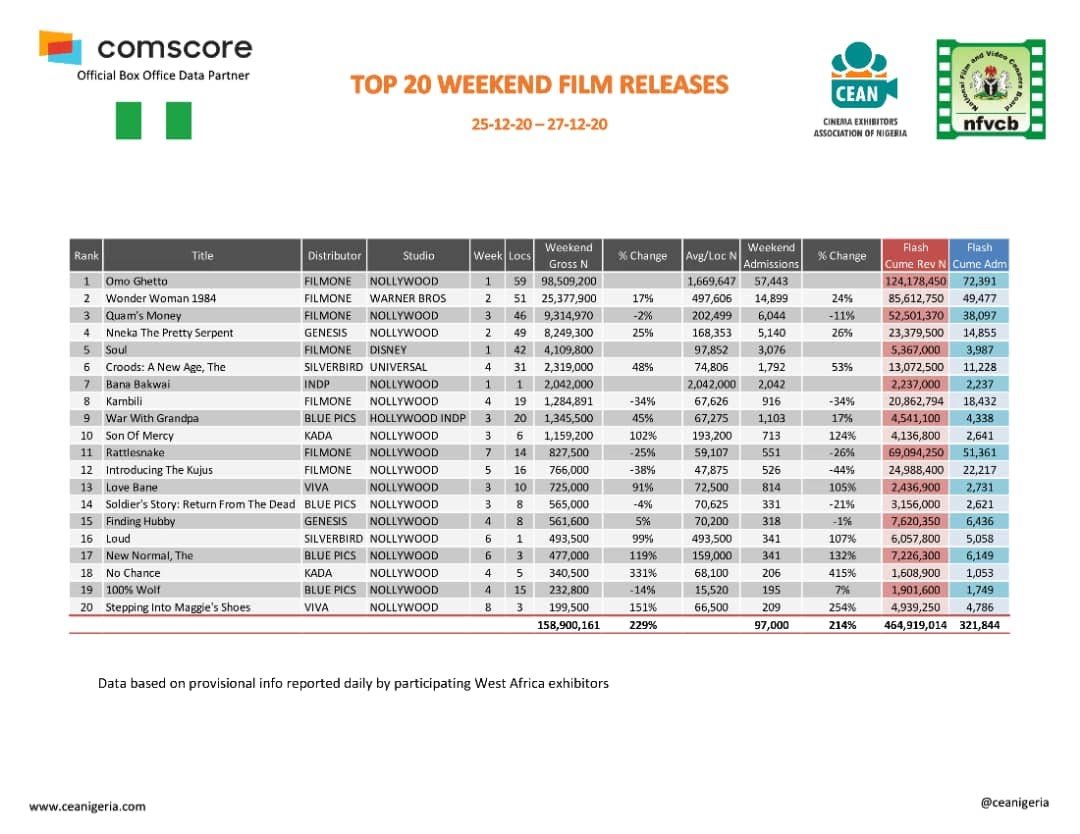 The movie, which is a sequel to the 2010 release, Omo Ghetto, also grossed ₦98,509,200 million in its opening weekend. It displaces ‘The Wedding Party 2’ with its ₦73.3 million opening weekend gross from the top spot.

It follows the story of twin sisters (Lefty and Ayomide) leading separate lives but are reunited by series of dramatic twists.

The film stars Funke Akindele-Bello in a dual role, Chioma Akpotha, Eniola Badmus and several others, in following the tale of twin sisters who are leading separate lives but later become reunited by series of dramatic twists.
The film’s star-studded premiere was at Ebony Life Cinemas in Victoria Island, Lagos