Some nine months after the four theatres built by the immediate-past Governor Akinwumi Ambode administration were inaugurated, the Lagos State Government finally took possession of the edifices on Wednesday.

The theatres located at Oregun, Epe, Igando and Badagry were inaugurated last April and May in fulfilment of Ambode’s promise to create a new economy around tourism, hospitality, entertainment and sports.

Receiving the theatres on Wednesday from the project consultant, Terra Kulture Studio Limited, Commissioner for Tourism, Arts and Culture, Mrs Uzamat AkinbiIe-Yusuf, said they were important spaces for upcoming artistes to nurture their talents.

AkinbiIe-Yusuf said: “These theatres now provide a place for grooming our young talents and upcoming artistes. By giving these younger ones a place to display and showcase their talents, we are indirectly contributing to the growth of their careers and areas of interest.”

Continuing, she said, “We believe that the huge investments in the tourism sector by this present administration would further reinvigorate the good olden days of theatre performances and rendition of indigenous music that would increase the interest of the international communities in Lagos State.”

Akinbile-Yusuf promised that the government would continuously develop tourism to boost the economy and empower residents.

The Commissioner further noted that the receipt of the theatres affirmed the commitment of Governor Babajide Sanwo-Olu to ensure that no ongoing projects, including those initiated by his predecessors, are abandoned.

She urged the public to use the theatres decently.

Also commenting at the handing-over meeting, the Commissioner for Finance, Mr, Rabiu Olowo, stated that the theatres would contribute significantly to government’s revenue as they are expected to be put into profitable use henceforth.

He affirmed that the project was executed to specifications of the State Government and that the four theatres had been inspected and certified fit for public use.

The Managing Director of Terra Kulture Studio Limited, Mrs. Bolanle Austen-Peters, appreciated the government for its commitment to the new theatres and expressed the hope that they would help decentralise tourism and creative art performances from Lagos Island to other parts of the State.

She also reiterated her company’s readiness to continue to offer creative and professional assistance to the government. 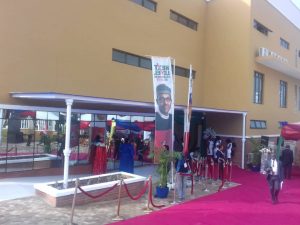 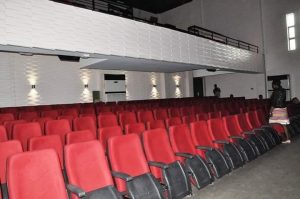 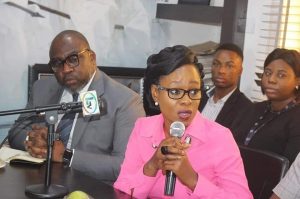 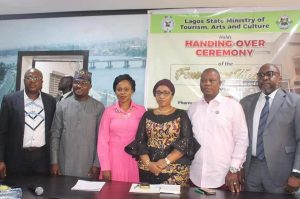