Why Onikan is coolest place in Africa

The just-concluded Felabration Week in memory of Afrobeats legend, Fela Anikulapo-Kuti, did well once again to sustain the legacy of this great musician who passed on 22 years ago. Two venues are traditionally used by the organisers – The New Afrikan Shrine in Ikeja and Freedom Park at Onikan. All through last week at the Freedom Park venue of Felabration was awesome with great, orderly line-up of arty and musical events that didn’t just celebrate Fela but also reinforced why just last month, this part of Lagos was ranked and celebrated as the coolest city in Africa and third coolest city in the world, according to CNN Travel’s Time Out.

Arroios in Lisbon and Shimokitazawa inTokyo are ranked first and second respectively in the report. While Arroios is described as the city known for “mouthwatering seafood, live music, street art — can be found in the streets of Arroios, an up and coming neighborhood known for its diversity and youthful feel”, Shimokitazawa is said to be to Tokyo “what Brooklyn is to New York, only cooler.” 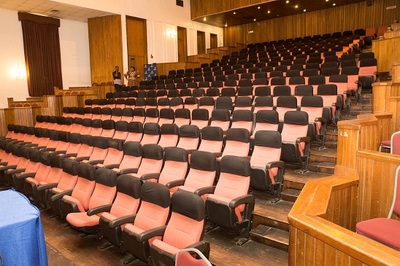 One of the halls at Muson Centre, Lagos

The Report stated that the coolest cities are places you can spend your vacation, visit famous attractions or gorgeous natural wonders. Its editors from around the world ranked the cities based on where the locals hang out, “where the most interesting new restaurants, art galleries and coffee shops emerge.”

The report stated that Onikan was selected because it is home to the National Museum, artists, writers, designers and Nollywood actors.

“You might spot some of them hanging out in cool Onikan, where past, present and future collide effortlessly.

“The central neighborhood on the Lagos Lagoon is home to some of the city’s most important cultural offerings, including the Nigerian National Museum and Rele Gallery, which focuses on contemporary art,” the report said.

TCN recalls that part of the plans of the immediate-past government of Lagos State was to turn the Onikan-Marina axis into the arts and culture hub of the state.

Part of the larger plan was to link the Park with an overhead pedestrian bridge to the main Onikan Arena which was then re-designed to house the new Lagos Museum, for which the Lagos State Government got a $600,000 grant from Ford Foundation for its design and to erect a 75-foot Eyo statue, meant to be Africa’s second tallest monument. The idea behind this project, TCN gathered, was to give Lagos a distinct monument with a unique cultural relevance, beyond what the National Theatre edifice, the Idejo White Cap Chiefs statue (Three Wise Men) and the Lekki-Ikoyi iconic bridge have done for the state.

Indeed, grand and well-thought out was the plan of the immddiate-past administration to make the Onikan-Marina axis the city’s foremost cultural hub. The government secured the release of the old Presidential Lodge from President Muhammad Buhari with the agreement to turn it into the Lagos History Centre. To complement this, former governor Ambode offered to turn the Lagos Marina Lodge to the Lagos Heritage and Leadership Centre while making the Ikeja State House his office and home. The proposed Lagos Museum was meant to be sited at the large expanse of land between the Presidential Lodge and Lagos Marina House, completed with the imposing Eyo Statue and a Welcome Centre to create an Onikan Art Arcade that links every other existing iconic cultural buildings in the area like the MUSON Centre, City Mall, National Museum, the Yoruba Tennis Hall and Island Club, the Freedom Park as well as the sprawling J.K Randle Centre for Yoruba Culture and History. 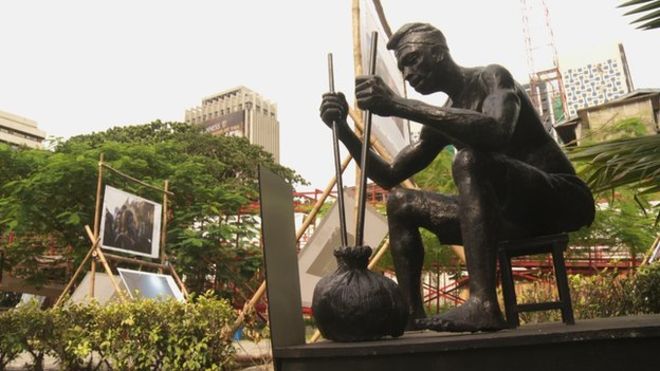 The J.K Randle Centre with its landmark public swimming pool is the eye-candy regeneration project from the old PEC Repertory Theatre undertaken by Governor Ambode, which as at May 2019 had reportedly reached 70percent completion. Indeed, TCN recalls that the project had received the endorsement of the British Museum in February with a promise to release on loan the famed Lander Stool artefact along with 17 others, after Lagos State Government wrote to request for their release as some of the rare but significant exhibits that would grace the opening of the museum-like J.K Randle Centre for Yoruba Culture and History.

Incidentally, the same Ambode government had commissioned the first travel anthology for the state, titled THE COOLEST CITY ON EARTH through which it got dozens of significant contributors from around the world (foreword is by Walter Carrington, United States’ former Ambassador to Nigeria) to write about their personal encounters with Lagos of recent years specifically in the areas of arts, culture and city living.

With this ranking as Africa’s “coolest city” and third best in the world, Onikan, Lagos is a positive reminder on how art and good cultural policy can transform a city and earn accolades from the global stage.

Dangerous Love Of Woman To Woman

What a Delayed Cannes Film Festival Means for...

The man, the hill, the city

American Factory, the first film in the Obamas’...

Sapiens: A Brief History of Humankind by Yuval...

Lagbo narratives where the dead dance in text...

In the Radiance of the Sage: The Life...