Before the COVID-19 pandemic, abductions, armed banditry and killings were the scourge in Nigeria. Several kidnap victims didn’t live to tell their stories but Folarin Banigbe, a former engineer with Shell and publisher of a community newspaper in Port Harcourt, Rivers State is among those alive. His memoir, ‘Abduction Chronicles’ which narrates his experiences in captivity is an interesting read. It gives insights into the operations of kidnappers and their wide-ranging networks. Banigbe, a guest at the last Kaduna Book and Art Festival (KABAFEST) speaks about the book in this interview. Excerpts:

Would you link your abduction to activities of your newspaper, The Port Harcourt Microscope?
At first, I thought so. If you read the book, you will find the first encounter I had with the ‘Kapo’ was political. The first thing that came to my mind was, maybe, they are his boys. But, then I thought they don’t operate in this manner. So, I threw that away. And when one of them said they would kill all politicians, I then figured out they were just ranting. As I progressed in captivity, I knew it was merely about money. So, I didn’t take politics as a factor.

You said your wife dreamt about the incident. Do you think if you had prayed well about it, maybe it would have been averted?
I remembered the day it unfolded. It was what she saw in the dream precisely. But, we both prayed about it, talked about it, and I forgot about it.

Can you share the process of writing the book and how you felt when you completed it?
It is targeted at various audiences and one of the things I tried to do because of my background as a writer, is to appeal to every emotion. The kidnap experience is like a spiritual experience. Ultimately, that’s how I felt.

A spiritual experience; how is that?
I will get to that. However, a lot of people don’t understand spirituality, so they’ll just colour the story. And because I am coming from a background of ministry, a lot of people will say, ‘Oh it’s another pastor’s book’. So, I didn’t want them to think like that because I already had a problem with the way pastors’ doctrines are preached. So, I didn’t want people to go into that to the mode it as a man of God. Everybody is a child of God. So, I was careful to write it in the way that it doesn’t come out as a spiritual book. I was also careful to be sure that I captured all the experiences that were spiritual in a contemporary way.

So, if you read through it, the chances are that spirituality hits you. But, if you’re not spiritual, you will just read the story.

When I got there the first and second day, I was always sitting down and praying, and I heard a voice saying you’re going to write a book about this. And I said what? That they kidnapped your son and he paid the ransom, how do you get glory from that? That was the first conversation I had with the Holy Spirit. So, I just dismissed it that I was never going to write a book about it.

But as I progressed in the experience, it became apparent why I was told to write a book because the rest of the circumstances showed that there was something I was meant to do in the kidnappers’ camp. And from the Christian perspective, I have always believed that sometimes you don’t know the reason you are where you spend a lot of time. Maybe I wouldn’t have been there for five days because the very first message that I got was to tell the ‘Kapo’ that he had a swelling on his body and that God wants to heal it. But, when I heard the voice, I turned that around because I was angry at that time.

The desperation mixed with anger. How can this happen to me? I serve God, which is the standard process. So, when I heard that, I turned it to a prayer point. But that’s the way an average Christian behaves. Anytime I finished praying, I just listened to a voice of the Holy Spirit laughing, and I will know I have done something wrong. It was on the third day I asked what exactly does God want out of this. And that was when the rest of the revelation started to come up.

So, when I remembered I had to write a book, I then realised that what God wanted was to use my experience to teach that the way men think about God and the answers we want is not the way He sees it. At first, I was sure that I’d not pay the ransom and I thought God will do something but was scared the night He told me why I was there.

However, when I was paying the ransom, I was silently telling God, ‘you know I worked hard for this money, it was my sweat.’ The Holy Spirit said, ‘Okay if I don’t let you pay the money, what are you going do with it? I said, you know I want to give it to the church for the land. 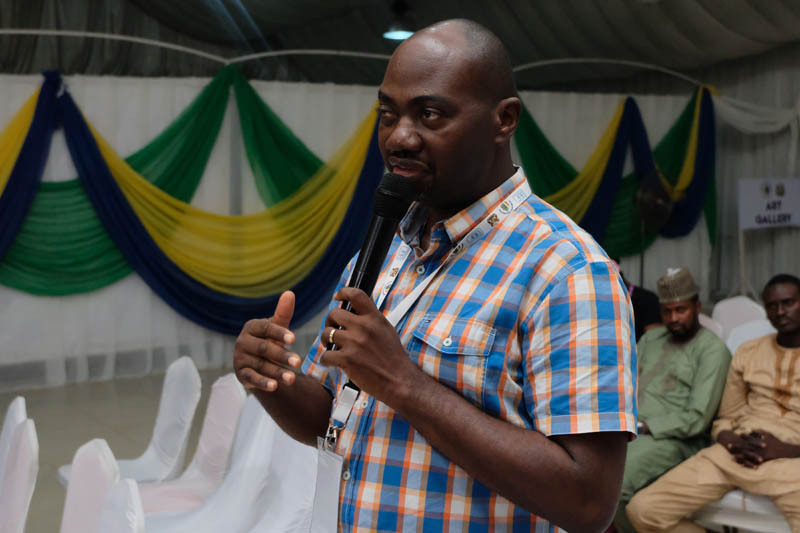 But, before the evening of that day, I was released, and the rest of the revelation came through. I was kidnapped in May, and I didn’t start to write the book until September because I forgot. I thought I could not write it, but I kept being reminded. One day, I said, ‘okay, I will start’. I have come to realise why God wanted me to write the book because anytime I talked about the event, it touches people. I wrote the book within three months of relocating to Abuja.

Having written the book, are you relieved?
I was relieved before I wrote the book because when I came out of the kidnappers’ den, I studied trauma. I realised that one of the reasons people continue to be traumatised is because they cannot find closure to the event. For me, before I left, I had found closure. I knew what I was going to do at that point. In my mind, I was going back to my house, and I was rehearsing how everybody would be jumping when I got home.

How is the book faring in the market?
People say if you sell 1000 books in Nigeria, you are the best seller. One thousand books in a country of how many million people? So, when we were printing, it took us time, but the book came out in May last year, and it was already in my office in Lagos as of March-end. I started writing the book in September, finished it by November. So, all of the processes was a couple of months. If people are finding it challenging to publish, let me set up an independent publishing firm. When I began, I will start to distribute.

A bookseller said he had to read the book first before he could stock it in his book shop. The reading will take six months. I was shocked. Six months to read how many pages? Unfortunately, I found that putting your book in a bookshop requires no advertising or payment. It’s a place somebody can just walk in and buy the book. So, I said, ‘Okay if this is what people go through no wonder they are not selling up to 1000 copies’. But by effort, we have sold over 2000 copies.

If people are finding it challenging to publish, let me set up an independent publishing firm. When I begin, I will start to distribute.

Some people asked why you did not include photos in the book and how much you paid as ransom.

People asked why I didn’t mention how much I paid. Did that matter? What difference does that make? First, when I was kidnapped, they took me to a waterside. On a regular day, there will be six to seven checkpoints at that time of the night. The car didn’t stop. When I was coming back, there were four checkpoints. The moment I got to a safe place, some good Samaritans helped me with a phone to put a call across to my home.

Have you gone back to the couple that provided you shelter on your return from the den?
When I got to the point that I couldn’t move again a few minutes after, I heard voices. I called out to them and one them came to me and took me to a camp which he said was a teaching camp. I promised them I would come back. By the time I could get the family’s contact, it was a month already. I was going to give them about N120,000, but their telephone number wasn’t going through. So, when a brother went back there, there was nothing there again. I couldn’t put all of these incidents in the book because it would have been too controversial.

After the crisis – a new model for the arts?