by The Culture Newspaper December 4, 2019

In an unprecedented move, this year’s Turner Prize was been awarded to all four shortlisted artists: Lawrence Abu Hamdan, Helen Cammock, Oscar Murillo, and Tai Shani.

The joint award was announced this evening by the editor-in-chief of British Vogue, Edward Enninful, at an event at Dreamland amusement park in Margate, southeast England, which was screened live on the BBC. An exhibition of work by the four artists is at the nearby Turner Contemporary (until 12 January 2020).

The decision came after the four artists contacted the jury today to ask for the prize to be awarded to them as a collective, writing: “At this time of political crisis in Britain and much of the world, when there is already so much that divides and isolates people and communities, we feel strongly motivated to use the occasion of the prize to make a collective statement in the name of commonality, multiplicity and solidarity—in art as in society.” The four artists created a collective to whom the jury agreed to award the prize.

In a joint statement, the jury responded that they were “honoured to be supporting this bold statement of solidarity and collaboration in these divided times.” The Turner Prize 2019 jury is made up of the Gasworks director Alessio Antoniolli; the Showroom Gallery director Elvira Dyangani Ose; the Turner Contemporary director Victoria Pomery; and the journalist Charlie Porter. The jury was chaired by the Tate Britain director Alex Farquharson.

Speaking to The Art Newspaper earlier in the year, Farquharson noted that there was a common thread among the work by this year’s nominees: “their work seeks to foreground the voices of those who have been marginalised by dominant historical accounts or accounts of society today.”

In June, Cammock told The Art Newspaper’s podcast that the four artists had spoken about making sure the exhibition at Turner Contemporary was very much a group show, “the idea that there’s something collegiate that’s happening”. 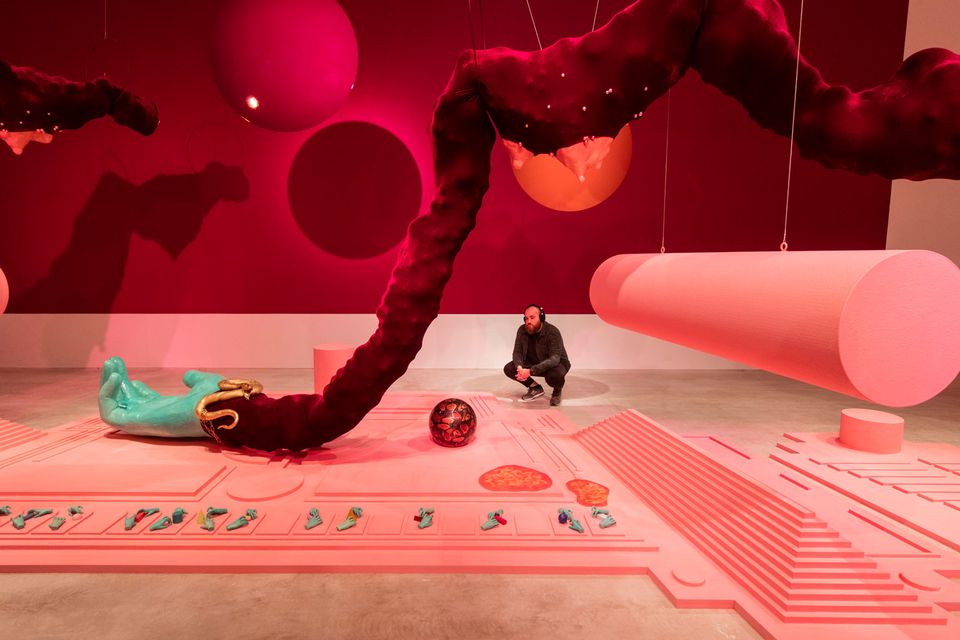 Shani was nominated for her exhibition DC: Semiramis at The Tetley in Leeds, and her works shown at Glasgow International 2018 and in Still I Rise: Feminisms, Gender, Resistance exhibition at Nottingham Contemporary and the De Le Warr Pavilion in Bexhill-on-Sea. At Turner Contemporary, Shani is exhibiting a new version of her DC: Semiramis installation, a four year project inspired by the 15th-century The Book of the City of Ladies by Christine de Pizan. 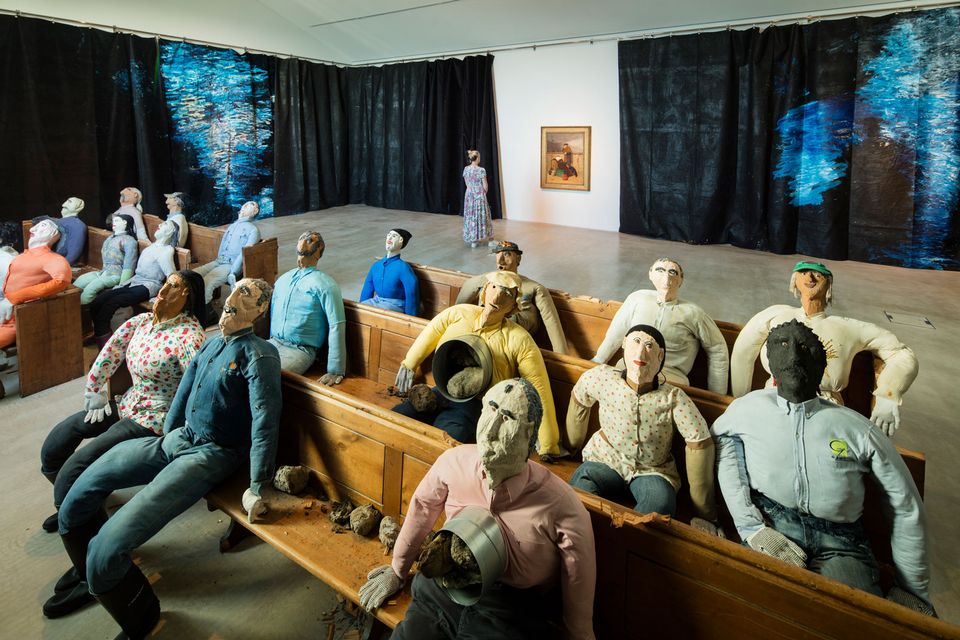 Murillo was shortlisted for his exhibitions at Kettle’s Yard in Cambridge and the chi K11 art museum in Shanghai, as well as work shown at the Berlin Biennale. He is showing, among other works, Collective Conscious (2019), which consists of around 20 papier-mâché figures that “represent a mobile and globalised workforce”, according to the press release. Rather than send them via the usual art transporting means, Murillo took the figures from London to Margate on the train. 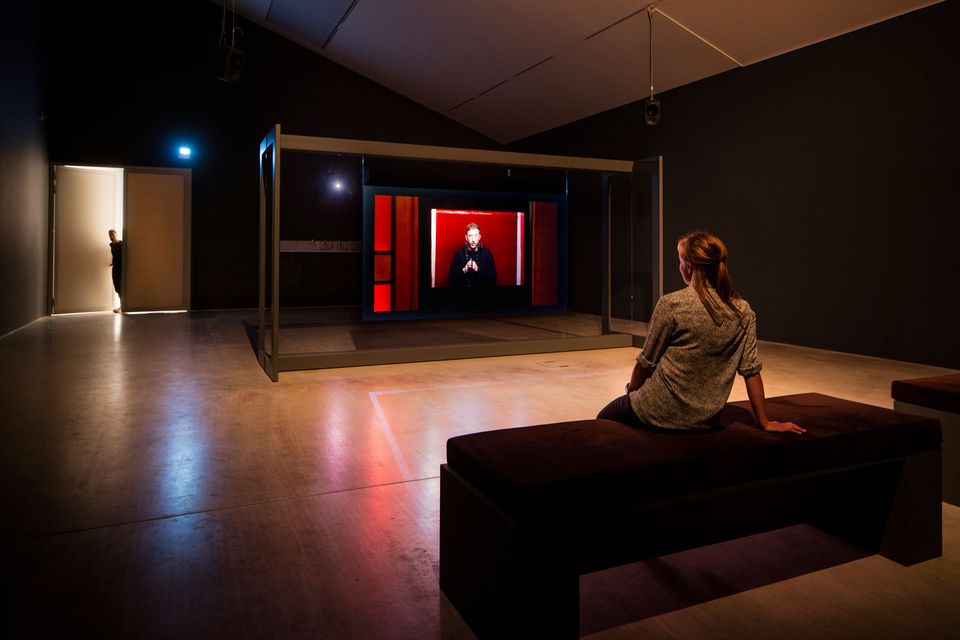 Abu Hamdan was nominated for his Earwitness Theatre exhibition at London’s Chisenhale Gallery and for his installation and performance After SFX at Tate Modern. He is showing three works based on “earwitness” testimonies, from research carried out together with Amnesty International and Forensic Architecture into Syria’s Saydnaya prison. 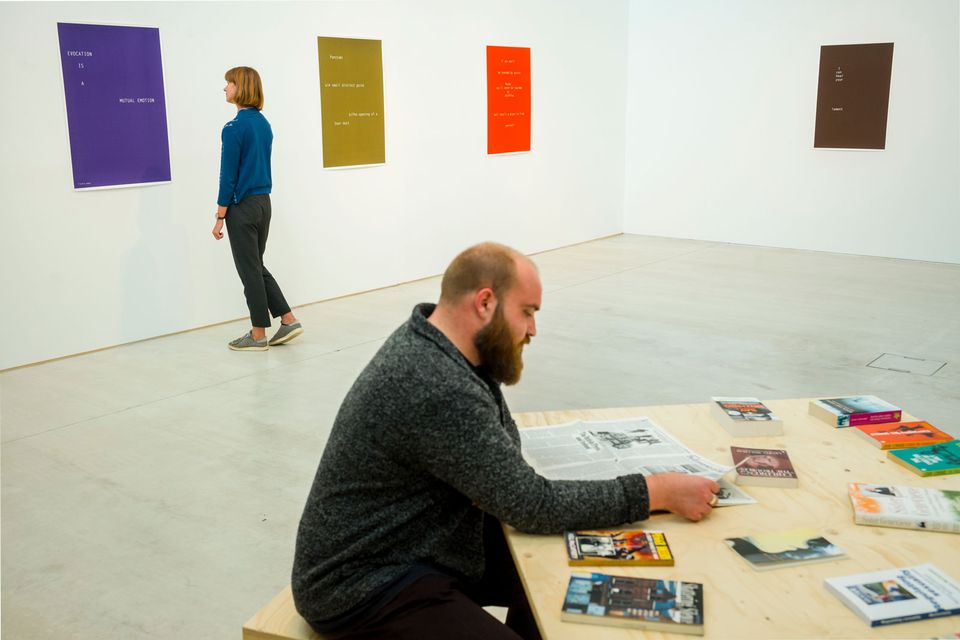 Cammock was shortlisted for her show The Long Note at Void in Derry-Londonderry and the Irish Museum of Modern Art in Dublin. She is showing a version of the exhibition, based on the struggles for civil rights in Northern Ireland, as well as a series of screen prints titled Shouting in Whispers that quote Public Enemy, among others.

There was further controversy around this year’s prize in May when Stagecoach’s sponsorship was terminated after a backlash due to the bus firm founder’s views on gay rights. It is now sponsored by BNP Paribas and Canterbury Christ Church University, with additional support from Kent County Council.

The Turner Prize is awarded to a British or UK-based artist for an “outstanding exhibition or other presentation of their work in the past twelve months”, according a Tate statement. Last year’s winner was the Glasgow-based artist Charlotte Prodger. Until 2017 there was an age limit of 50 years of age; Lubaina Himid won the prize that year aged 63. Although not the largest art prize in the UK, the Turner Prize is seen as the most prestigious with past winners including Anish Kapoor, Rachel Whiteread, Damien Hirst, Steve McQueen, Wolfgang Tillmans, Grayson Perry, Laure Prouvost and the collective Assemble. The first edition took place in 1984 and began as a way to “encourage wider interest in contemporary art and assist Tate in acquiring new works”, according the Tate website.