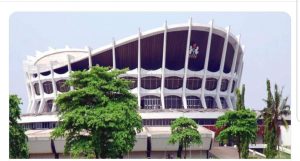 Days after the Federal Executive Council (FEC) approved the Memorandum of Understanding (MoU) between the Central Bank of Nigeria (CBN) and the Ministry of Information and Culture for the renovation of the National Theatre, Lagos, the parties have now signed the document.

The MoU and project’s contract papers were signed at a ceremony held at Entrance ‘A’ of the theatre on Sunday, February 14. 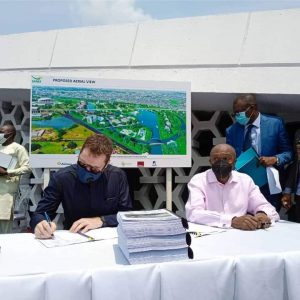 Also present was the Chief Executive Officer of Access Bank, Herbert Wigwe, General Manager of the National Theatre, Prof Sunday Ododo, and the Director of Legal, Ministry of Information and Culture, Nnanna Ibom.

Speaking before the agreement was signed, Mohammed reiterated that the renovation would not lead to job loss but the creation of at least 10,000 direct jobs.

He also explained that apart from the restoration, the Lagos Creative and Entertainment Centre comprising film, music, IT and fashion hubs, would be created inside the National Theatre complex. 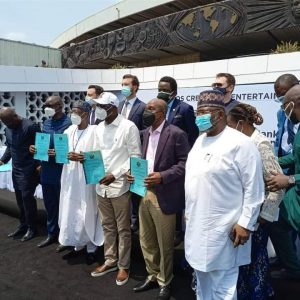 “The CBN and Banker’s Committee are willing to invest N21.894 billion to renovate, refurbish and commercialization (run it profitably) of the National Theatre complex. The MoU has a life span of 21 years after which it will revert to the government,” he added.

The Federal Government had on July 12, 2020, handed over the national edifice to the  CBN and the Bankers’ Committee, reiterating that the government still retained ownership.

“This iconic National Theatre remains a national heritage and will not be ceded to any person or group. We are here to hand over the National Theatre for restoration and upgrade and the fallow land within the premises to the Central Bank and the Bankers’ Committee for development. Ministry of Information and Culture holds the keys to the National Theatre on behalf of all Nigerians,” Mohammed had said at the occasion.

All eyes on DGN as directors elect Fred...