I did not meet Mr. Toyin Akinosho when I joined The Guardian in 1991.

But he was an unofficial member of the Arts Desk who was always around and was quite chummy with our boss, Mr. Ben Tomoloju and his Assistant, Jahman Anikulapo.

He looked every inch a typical journalist, the first day I met him. Less formally dressed, shaking the same person’s hand repeatedly and laughing rather animatedly.

But after two other encounters, his ties, which were new and choicy and his shoes, somewhat pricey and eye-catching gave him away. If he was a journalist at all, he wouldn’t be an ordinary reporter; at worst he would be a senior hand on the business desk, I thought, until I got to know he was an ex-staff who had moved on to Chevron after leaving TheWeek magazine.

What a big boy, I thought.

After we formally got introduced to each other; he actually sought me out, wanting to know more about the new test candidate on the desk who would be covering music and the film industry. It didn’t take long to know this gentleman would be my kind of guy – cerebral, cultured, sociable, large-hearted and given to the good life.

It was the year in which Mr. Akinosho and a few other collaborators, including my bosses on the Arts Desk, founded the Committee for Relevant Art (CORA), a thoughtful and enduring arts advocacy.

It is a fitting testimony to his commitment to the art advocacy cause that the maiden edition of CORA Arts Stampede, a quarterly gathering of the arts and cultural intelligentsia, was held on the front lawn of his Block 4 A’Close 22 Road house in Festac Town. He lived in Flat 3 on the ground floor, his mother lived in another flat on the second floor. This was in 1991, four years after he joined Chevron. 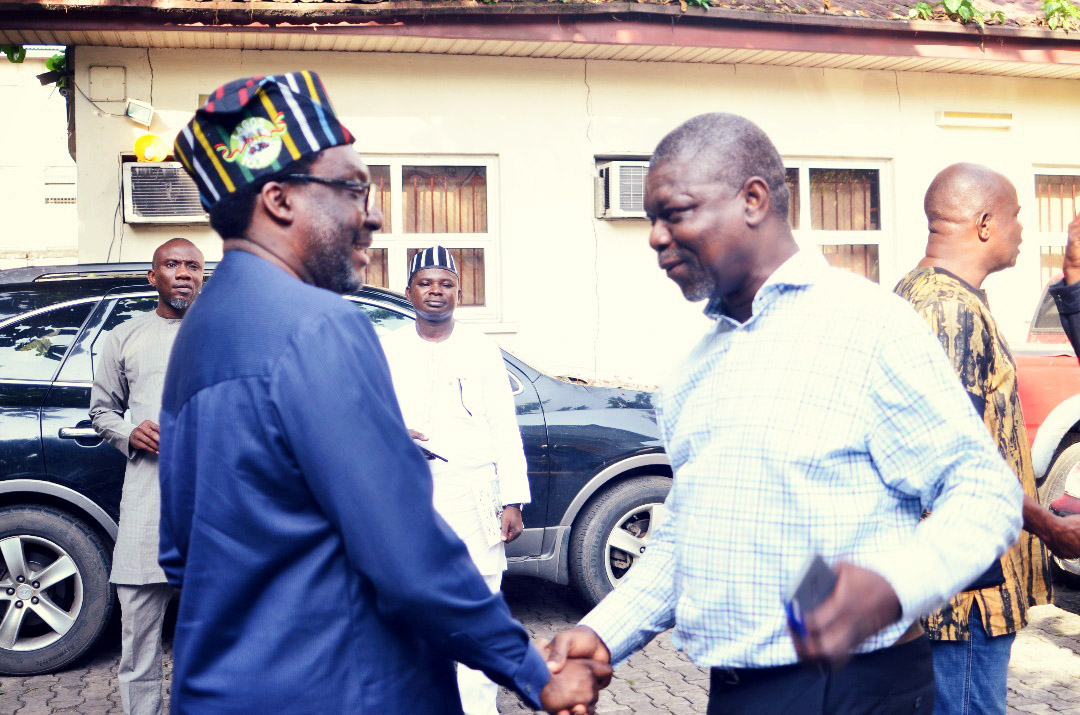 By 1993, the big boy had arrived, and moved into one of a two-wing duplex on a more polished neighbourhood of 1st Avenue. That was MARS House overlooking the Festac Town canal.

Although Festac Town was far, at least for journalists without personal cars at the time, Akinosho’s MARS House, became a regular hangout for the boys.
The usual suspects of course would always be led by Jahman (Anikulapo). Other regular faces included Kole Ade-Odutola, Nduka Otiono, Akin Adesokan, Olayiwola Adeniji, Sola Balogun and yours truly.

Being proudly single like the rest of us with the exception of one or two, he obviously wanted (our) company quite often. But it should have been apparent to him that he was the big boy among us, and we loved his huge, comfortable house, with all the appurtenances of free food and booze.
In the mid-1990s when he floated the Festac News, a culture-centric community newspaper focusing on life within the mini city where he resided, it was obvious that how he would thenceforth be addressed had changed.

Publisher (pronounced Poblishaa) had become his preferred and well-earned, even if only in a jocular sense, new title and prefix.

He wanted Festac News to be entertaining and so he was kind to have invited me as a contributor, on the side, to the fortnightly publication.

First, he wanted the story of the Musical Society of Nigeria told like never before, given that I was the only print journalist privileged to have been invited to cover the opening ceremony of the MUSON Centre at Onikan in 1994. And then he wanted an interview with the ultimate diva of the film industry at the time, Liz Benson.

“Stevo”, he would say, “please let’s see from this interview with ‘anti yen’ (that lady) the type of a thing we see in Liz Taylor.”

Whenever Poblisha used the phrase “anti yen”, you didn’t need a ginger ball to know that he had more than a passing interest in the lady under reference.

Perhaps, because his geological work at Chevron didn’t entail much writing, Poblisha just loved to write in the press. He never got tired of writing.

His Artsville column in The Sunday Guardian was a must-read, for the language, craft and information.

Remarkably, professionalism has always been his watchword even if you might not totally agree with his reviews or submissions.

I recall that sometimes in early 2018 when he called me on phone to get the Lagos State’s side regarding a complaint by a certain arts promoter in Europe who claimed LASG pulled out of a sponsorship proposition on a trip to South Africa at the last minute.

I explained to him that the claim was news to me and that in the absence of an approval or a letter of commitment, it was unlikely that what was being described qualified as something under consideration let alone a commitment that was reneged on. I’d rather he let it slide.

But he explained it was important to publish and reflect all sides so that the claimants would have learnt an important lesson in how things worked in public service.

He was right and his article reflected that wisdom.

I am forever happy that he was able to float another publication dedicated to the oil and gas sector, his other love. And that he was courageous enough to speak truth to power in decent language, sometimes at grave danger to his life.

A good legacy is when one is able to stand for something.

Poblisha stands proudly to be counted for his love for the arts and in using the media and publishing to express himself and agitate for a better society in the two sectors his name has come to be identify with.

He should be encouraged to continue to devote his life to those two causes and to consider a revisit of the Lagos The City Guide, a quarterly exploratory publication into the heart of Lagos metropolis, which he once published in collaboration with his arty soulmate, Jahman Anikulapo.

TEN years ago, when his 50th anniversary was celebrated at Terra Kulture in Victoria Island, Lagos, the feeling of joie de vevre was palpable.

The same Terra Kulture has continued to define itself as one of Nigeria’s premium arts spaces and has indeed recreated itself in multiple fold through a collaboration with Lagos State Government in 2018-2019 that saw four exact replicas of the multi-purpose arena springing forth in different parts of the state as Lagos Theatres.

Sadly, however, Terra Kulture Arena, like all other arts spaces in Lagos, are now closed and quiet in the birth month of one of the men who wrote them into prominence, albeit temporarily, no thanks to the rampaging pandemic redefining the way we now live and interact, and, invariably how deserving citizens are celebrated.

Thankfully, what the deadly virus has not denied us is our ability to think, write and employ digital technology as our new diamond.

This is why Mr. Akinosho’s diamond jubilee anniversary is special, as a feast of renewal in a way, literarily and digitally, with the assurance that special people can never be forgotten, no matter the challenges of the time.

And so, to our amiable Poblisha, diamonds are forever, and may he continue to shine brightly like a diamond in the arts and media as indeed in the oil and gas firmaments for many more years.

immediate-past Commissioner for Tourism Arts & Culture for Lagos State, is the Publisher of The Culture Newspaper (TCN) and promoter of The Museum of News Africa. He was Managing Director/Editor-in-Chief of National Mirror and Editor of The Punch.